Ozzy Osbourne Cheated on Wife Sharon in 2016: "I Broke Her Heart"

The rock 'n' roll couple tied the knot in 1982 and have three children together. 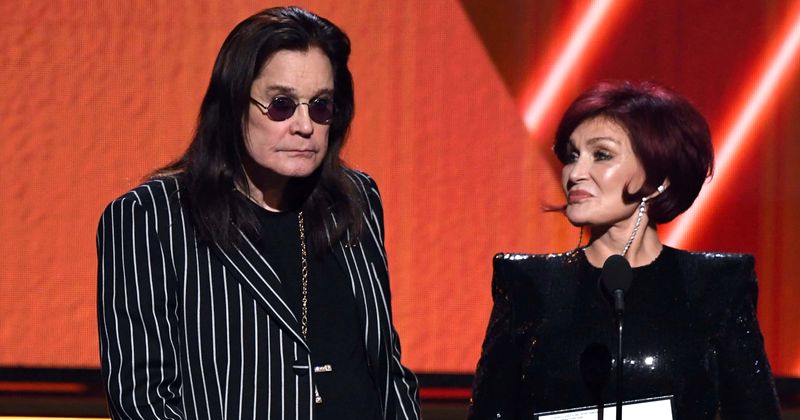 Ozzy and Sharon Osbourne have been through a lot in their three-decade-long relationship. The two tied the knot in 1982 and went on to have three children together. However, in 2016, they split briefly on account of the 71-year-old rocker's infidelity. The frontman of the metal band Black Sabbath reflected on one of the major regrets of his life in British GQ's Men of the Year issue. The self-described Prince of Darkness revealed he "broke her heart" and that he's "not proud" of having an affair. "I've done some pretty outrageous things in my life. I regret cheating on my wife. I don't do it anymore," he said. "I got my reality check and I'm lucky she didn’t leave me. I'm not proud of that. I was pissed off with myself. But I broke her heart."

“Our manager said you guys have got to go see this film The Exorcist. It’s unbelievable. We all crapped ourselves." – @ozzyosbournehttps://t.co/CUzZUhNKRV

In 2017, he told Rolling Stone, "It’s a rock 'n' roll thing — you rock and you roll. You take the good with the bad. When I was a crazy f---er, I’m lucky she didn’t walk out." Ozzy was accused of having an affair with his hairstylist, Michelle Pugh. He explained to Rolling Stone at the time that he has "realized what a f------ idiot I was. I mean, I’m still nuts, but in control of it a bit more." He added, “When I said, ‘Don’t get caught by your missus,’ I’m not proud of all that s---. I upset my wife and I upset my family and I made a lot of shock and shame. I love my wife, and it made me realize what a f----- idiot I’ve been,” he said.

The couple reconciled four months later, and Ozzy says it was a ‘reality check’. https://t.co/P9FLGRYncM

According to PEOPLE, in July 2016, Sharon publicly forgave her husband during an episode of The Talk. The two were working on their marriage and months later, they renewed their vows in Las Vegas on Mother’s Day. “I forgive. It’s going take a long time to trust, but we’ve been together 36 years, 34 of marriage … I just can’t think of my life without him,” she said at the time, adding with a bit of levity that her husband had been “a dirty dog.”

One frightening experience the couple went through together was shared in Ozzy's new documentary Biography: The Nine Lives of Ozzy Osbourne. The couple spoke about the 1989 incident where Ozzy almost choked Sharon to death while he was on several drugs, reports PEOPLE. In the film, Sharon, 67, shared, "We'd had a couple of fights and you can tell it was building to something, you could just feel it. I just knew it was coming." Talking about Ozzy on drugs, she said it was like "night and day." He was "very rarely calm" but during this incident, he was. "It frightened the s— out of me," she said. Ozzy revealed that it was the "calmest I've ever felt in my life. It was like serenity. Everything was just peaceful." Ozzy was put into a treatment facility for six months. "I was looking at all the options left in my life," she said. "I was looking at everything. What is going to be the best for my kids? What is going to be the best for me?" She continued, "I hated being without him. Ozzy was very frightened when he came out and when he was in his house, he definitely watched what he was doing. He frightened himself." There's been infidelity, disease, drug and alcohol abuse among other difficult times, but the couple has been there for each other through it all.

Speaking of their MTV reality show The Osbournes that aired from 2002 to 2005, Ozzy told British GQ, "I don't understand what people saw in it."  He said, "It wasn’t scripted. Not like [Keeping Up with the] Kardashians. I find it hard to believe that’s not scripted. But we just had a camera crew in our house 24/7, 365 days a year, and you end up going f------ nuts! You can’t run off. And after three years of filming it, the kids were all on drugs, Sharon was battling cancer and so I said to the family, ‘Do we want to carry on?’ and they said no, so we pulled it." He added: "I’m glad we did it because we reached a different level of fame, but it was like Beatlemania. It wasn’t fun. I remember going to a MacDonald’s to use the bathroom and everyone started chasing me around the car park. I was freaked out."