Pam Willis, a mother of five, first learned about the kids, she simply couldn't rest until she adopted the seven children. 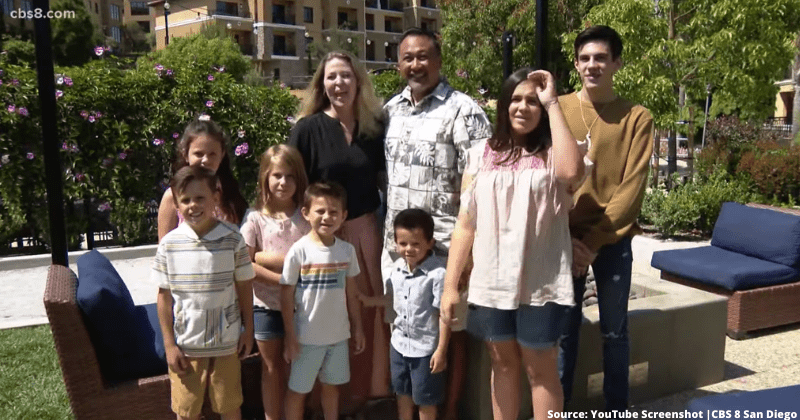 While scrolling through Facebook in 2019, Pam Willis happened to come across a three-minute news story that changed her life forever. "We're absolutely so blessed by that story and honestly, I watched it over and over again when I first saw it," she said. That day she learned about seven siblings, aged from 1 to 12, who were looking for a permanent home having lost their parents a year prior in a horrific car crash. "I saw seven and thought 'oh my goodness.' The first thing I thought of was, 'No one's going to have room for them.' And the second thing I thought was 'I have room for them," she told CBS. The mother of five simply couldn't stop thinking about the kids who had been in foster care for more than a year and knew she had to do something for them. "I can’t explain it — I just knew I was supposed to be their mom," the 50-year-old told TODAY Parents.

The first thing Pam did after watching the news was tag her husband, Gary, in the comment section so he could check out the article. Although the Menifee, California, couple had been fostering kids for years, they had never spoken about adoption until then. "I thought Gary was going to tell me I was wacko — we were getting ready to retire," admitted Pam, who was relieved to know that her 53-year-old partner actually agreed with her. "It was what God wanted us to do," she said, adding that they ended up reaching out to the number which was listed below the story.

"We were told they’d already received thousands of calls," recalled Pam. But as fate would have it Adelino, 15, Ruby, 13, Aleecia, 9, Anthony, 8, Aubriella, 7, Leo, 5, and Xander, 4, were matched with them two months later. When the screening process began, Pam learned about the heartbreaking ordeal the children had been through for years before the accident even happened. Per reports, their late parents struggled with addiction and would often end up in homeless encampments with the family. Even basic necessities like food was scarce and when Pam learned about a great deal of trauma that the kids had gone through, her heart went out to them.

"It was easy to connect with the little ones. They were just desperately craving permanency," she said, noting that connecting with the two older siblings was a little trickier. "I think they didn’t quite trust that we were real. Like maybe we were going to go away," she said of the kids' predicament which was totally understandable. "I think it’s so hard to trust when so much has been taken from your life. Ruby didn't know how to be a kid. She had to be a mother figure at a very young age." Adjusting to their new life was quite tough for the children as they struggled to sleep for the first six months due to nightmares.

Recalling one such incident, Pam said, "One night, my then-7-year-old came into our room. I asked her, 'Did you have a bad dream?' And she replied, 'No, I just wanted to make sure that you were still here.'" What the little one didn't know at that point as that Pam and Gary weren't going anywhere as they adopted Aleecia and her six brothers and sisters in August 2020. Due to the pandemic, the couple's biological parents, Matthew, 32, Andrew, 30, Alexa, 27, Sophia, 23, and Sam, 20, attended the touching ceremony virtually. "It was awesome. We brought a big TV screen out to the park so everybody could watch and cheer and be safe during COVID. There was so much love," said the mother of 12.