If the giant social media firms fail to make sure these criteria are met, they would be fined up to $10 million which is a considerable increase from the current $2 million penalties. 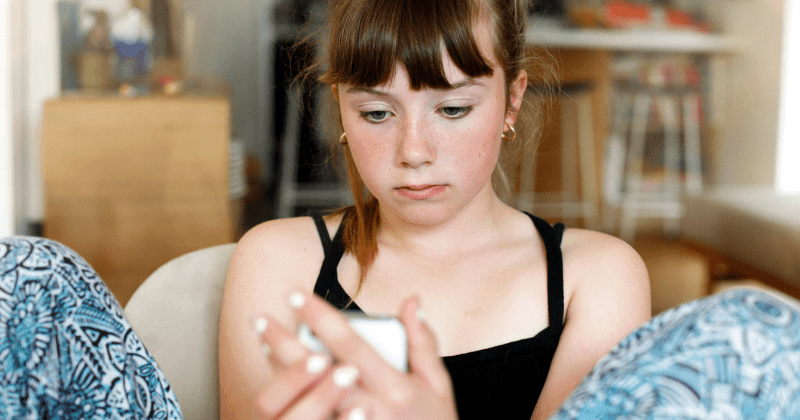 Children under the age of 16 may require their parent's permission to sign up on social media apps under a set of new proposed laws in Australia. This includes popular apps like, Instagram, Facebook, Reddit, Bumble, OnlyFans, WhatsApp, and even Zoom. The new bill aims at preventing children's information from being shared with others without consent. It requires companies to take "all reasonable steps" to verify their users' age and ensure that those under 16 have been granted permission from parents to register. If the giant social media firms fail to make sure these criteria are met, they would be fined up to $10 million which is a considerable increase from the current $2 million penalties.

According to Daily Mail, both Facebook and Instagram require their users in Australia to be over 13 and companies use artificial intelligence to estimate their age. But now some huge changes had been made to its privacy rules that have been outlined in an exposure draft of the legislation which was released on Monday. "The privacy practices of online platforms can be detrimental to children and vulnerable persons, including sharing data for advertising purposes, or engaging in harmful tracking, profiling, or targeted marketing," reads the draft of the legislation led by Attorney-General Michaelia Cash.

The proposed law is supported by communications Minister Paul Fletcher who explained that the online privacy code will help "strengthen protections for children and other groups of vulnerable users." He continued, "We are being very clear in our requirements on the social media platforms under the code, they will be required to take all reasonable steps to verify the age of users to take more reasonable steps to verify parental or guardian consent for children under the age of 16 years." The new code will also establish new rules for data brokers and other huge online operators, including Apple, Google, and Amazon, with over 2.5 million Australian users.

If passed, the rules will allow users to demand that their personal information is not given out to any third parties. "An individual may choose to use this when, for example, they do not want an organization to disclose their personal information for the purposes of direct marketing," continued the legislation draft. That being said, the proposed law will not let its users demand their data be erased. It also gives the e-safety commissioner the power to investigate claims of defamatory material that is posted online and to issue notices to service providers. Now is the post are not removed from the medium within 48 hours of being notified, then both the user who posted the content and the social media platform would be found responsible for defamation.

https://t.co/3EYGfBT9S1 know about you, but there is no way I give social media accounts my birth certificate. I spent years enforcing privacy laws. It's one of our few key identifiers for identity theft! ‘Huge privacy risks’ in social media age verification plan for Facebook,

The bill will also allow a federal minister to set the basic expectations of these platforms on how slanderous posts are hosted online. "There is very little impetus on social media services to ensure and protect users from harm and defamation," said Nationals MP Anne Webster. "Big tech platforms write their own rules and the rules are inadequately and sporadically enforced." The latest proposal is a strong response to the Cambridge Analytica data harvesting scandal which happened in March 2018. Per reports, the British consulting firm used the personal data of millions of Facebook users to politically influence them with ads.

The director of Public Policy for Australia, New Zealand, and the Pacific Islands, Mia Garlick, said that Facebook is currently reviewing the proposal. Facebook has been under fire for some time now after its former employee Frances Haugen leaked internal studies which pointed that the company was aware of the potential harm its sites posed. This even prompted US lawmakers to push for a renewal of its regulations. In Australia, Dr. Webster called for more accountability from social media companies like Twitter and Facebook.