trending celebrity people lifestyle news animals
This Mother's Little Daughter Died After Swallowing A Battery. She Has A Warning For Other Parents

This Mother's Little Daughter Died After Swallowing A Battery. She Has A Warning For Other Parents

Despite surgically removing the battery, Reese's condition did not improve and a CT scan revealed that there was a fistula through her esophagus and trachea, which was created due to the inflammation. 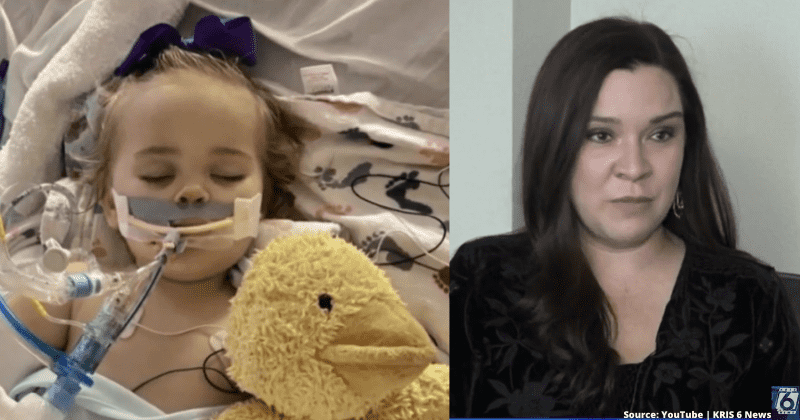 A Texas mom tragically lost her 18-month-old daughter in December, two months after discovering that the baby had swallowed a button battery. For Trista Hamsmith, losing her little girl, Reese, was like the end of the world, especially due to the fact that her death could have been prevented. Thus mom made up her mind to ensure that no other parent or family has to suffer this painful loss.

"When we thought everything was going to be fine, I just had this vision of advocating for the safety and awareness of button batteries with Reese by my side," said Hamsmith during an interview with Good Morning America. "Her being gone did not change my desire to want to protect other children and get this information out there. Every day we wait, another kid is going to ingest a battery. Had somebody [spoken out] before, our lives would look very different."

Now button batteries are small, round objects that are used to power many devices and toys, which can be commonly found around the house. This includes remotes, thermometers, toothbrushes, tealight candles, and greeting cards. One of these deadly batteries was unfortunately swallowed by Reese, who developed cold-like symptoms back in October when she was 16 months old. Hamsmith, who also has a 9-year-old daughter, noted that Reese also had a stuffy nose and so she and her husband, Chris, took their daughter to see the pediatrician.

Initially, the health expert suspected that Reese had croup, which is an infection of the upper airways. So he prescribed steroids for it but shortly after the visit, the family discovered that a button battery was missing from one of the remote controls in their home. Suspecting that it could have something to do with their daughter's deteriorating condition, the panic-stricken parents looked up the symptoms of button battery ingestion online.

The symptoms included coughing, wheezing, and chest discomfort all of which were being experienced by Reese and so her concerned parents rushed her to the emergency room. Following an X-ray, it was confirmed that there was a battery lodged near the top of the child's esophagus. Reese was instructed to stay on a liquid diet after the battery was surgically removed. Just as Hamsmith thought her girl was no longer in danger, she learned those button batteries can continue damaging tissues by burning them despite being removed.

Reese's condition was not improving and a CT scan revealed that there was a fistula through her esophagus and trachea, which was created due to the inflammation. She had to undergo another surgery to have a gastronomy tube implanted so she could receive the required nutrition, and all this while she had to be placed on a ventilator. "She came back sedated and on a ventilator, and that was the last time I saw my child like herself," recalled a devastated Hamsmith.

"She went back for surgery, and that was the last time she was not on sedation for the rest of her life," said the mother, adding, "I wasn’t able to hold her, because her airway was so small, every single move was critical." The last six weeks of Reese's life were spent in the hospital as she had to undergo numerous surgeries. However, she ultimately succumbed to the wounds on December 17 last year. "I finally got to rock her in a rocking chair for a while," said Hamsmith of her baby's final moments.

Filled with grief, the mother happened to come across a plaque in Reese's hospital room that inspired her to keep going and raise awareness about button batteries. "There was a plaque that read, 'He has a plan, and I have a purpose,' and I know that God has a plan, and Reese has a purpose," she said. "It sits on my fireplace mantel now to remind me not to quit." Shortly after her daughter's death, Hamsmith set up a nonprofit organization called Reese's Purpose through which she has been educating parents about button battery safety.

She has since called for changes in the packing of such batteries and also in items that they are found in. Hamsmith managed to create a national Button Battery Awareness Day (which is on June 12), has testified before the Consumer Product Safety Commission (CPSC), and is now urging Congress to whip out legislation to create national standards for consumer products that have button batteries. "The main thing is that 10 years down the road if I hear about a kid dying of a button battery ingestion, I want to know that I did everything I could without a shadow of a doubt to help prevent and help put the knowledge out," said the mother. "It’s a hidden danger."

In order to prevent and treat button battery ingestion injuries, Hamsmith and Dr. Kris Jatana say that parents should keep three tips in mind. First, keep a track of button batteries that are in your house, and place them out of the child's reach. Also, regularly check if any of them are missing. Next, every parent should know the symptoms of button battery ingestion, which may include fever, wheezing, irritability, difficulty breathing, coughing, throat pain, choking, issued while swallowing, and vomiting, according to a website resource created by Dr. Janata, and Nationwide Children’s Hospital.

Finally, it is extremely important to act quickly as the esophagus can be seriously injured just within two hours of a child ingesting a button battery. "The clock is ticking from the moment the battery is lodged in the esophagus," said Janta who is a professor in the department of otolaryngology-head and neck surgery at Wexner Medical Center at Ohio State University and Nationwide Children’s Hospital.