Parents Want To Stop Using "You Guys" When Addressing Their Children

"Is this an appropriately gender-inclusive term? Do our children embrace this language, or has it been thrust upon them?" a mother wrote. 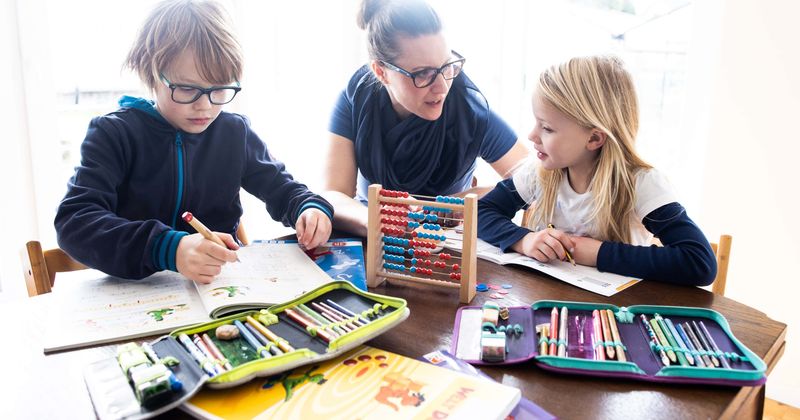 "You guys!" That's a phrase we've all heard growing up - from our teachers, parents, coaches, and practically every authority figure in our lives. It's a phrase with a centuries-long history, one that goes back to the 16th century when the word "guy" entered the English Lexicon, courtesy of an English Catholic gentleman and soldier named Guy Fawkes. But, the term appears dated in a 21st-century world, which is inching towards gender equality and the use of gender-neutral phrases.  Parents are now a firm proponent of the belief that the term should no longer be used to address children, Diply reports.

“I’m thankful my daughter recognized the problem with using “you guys” last September. Children have an uncanny ability to awaken us to the change that needs to happen at the individual and societal levels.”https://t.co/X1oZw9kCnB pic.twitter.com/sLnlszlTS9

In a recent article on Scary Mommy, author Karena Cronin highlights how dated the term is by narrating an incident involving her five-year-old daughter and her assertion that she is "NOT a guy". Cronin wrote: "With her scream, my daughter not only highlighted the disconnect between 'you guys' and her glorious sense of self, but also raised broader questions that deserve contemplation. Should we really be saying 'you guys'? Is this an appropriately gender-inclusive term? Do our children embrace this language, or has it been thrust upon them?" she questioned. The use of the "you guys" is not seen as a "big deal" since "it is an all-encompassing phrase that breaks through all genders, political affiliations, and ethnic and racial backgrounds," she said before putting forward her argument about the wrong idea the usage gives.

Sorry but being called “you guys” in my house with three daughters was not calling them boys. I’m not from the south so saying ‘all y’all’ would sound stupid coming fro me. This is making a thing out of something that is not a thing.

"Shortly after being home full-time with my daughters, I realized that they were defaulting to male pronouns to describe the world around them. A cute dog walking down our street was a 'he.' A deer in our front yard, again he. Even a butterfly visiting our garden, was a 'he.' And they were also saying 'you guys' to refer to people. I was disheartened to put it mildly." Cronin then went on to explain the connotations the phrase has and the implications it can have. "When you really think about it, saying 'you guys' is confusing at best. At worst, it sends the wrong message. It tells any child who doesn’t identify as a 'guy' that they are invisible."

Let me tell you. A hockey coach calling a coed group of players “you guys” is way better than “boys.” But now that I type that out, that’s actually sad. Anyway....

"'You guys' not only reflects the pervasive gender inequities in our society exacerbated by race, class, nationality, and religion, it also perpetuates the gender inequities that still permeate our society," she continued, stressing that people may not contribute to the devaluation of others' experience but in a weird way, that turns out to be the impact. This isn't the first time questions have been raised over the phrase. In 2015, Vox columnist Jenée Desmond-Harris expressed why she decided to stop using the phrase with a lengthy argument. She even enlisted the assistance of Jeane Anastas,  a professor of social work at the NYU Silver School of Social Work, to drive home her point. "Whatever Webster's dictionary says about the plural 'guys' ['used in plural to refer to the members of a group regardless of sex'] and despite the fact that I sometimes catch myself saying 'you guys' to people of all genders, 'guy' is a gendered word," Anastas said.

Why do the supposedly gender-neutral terms still refer to males? Dudes, guys, boys...

In Cronin's case, she is very thankful to her daughter for helping her recognize the problem with the phrase. "Children have an uncanny ability to awaken us to the change that needs to happen at the individual and societal levels. When they share their honest critique, we owe it to them to listen," she concluded.