Patient Dies After Family Disconnects Ventilator To Use Air Cooler 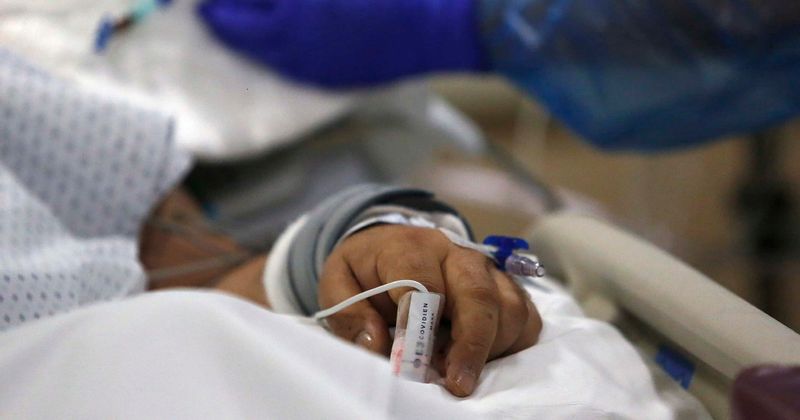 In a horrific incident coming from the north Indian state of Rajasthan, a family's need to cool off from the terrible heat led to the death of their relative. The relative was admitted to a hospital for COVID-19 treatment. The family was visiting and arrived on June 15 at the hospital when the incident took place. According to The Daily Star, the patient was being treated in the Intensive Care Unit and was hooked onto a ventilator. Due to the high influx of patients, the hospital, especially the isolation ward was extremely crowded. There were also no coolers or air conditioners anywhere in sight.

The family was unable to bear the heat in the city of Kota and decided to carelessly unplug the patient's ventilator, to instead plug in an air cooler. Eventually, the ventilator's battery ran out and stopped working. The patient's condition worsened and having noticed this, the family informed the doctors who immediately performed CPR to revive the deteriorating patient. Unfortunately, the patient could not be saved and eventually died. India Times reported that the family held the doctors responsible for the death of their relative. They even verbally abused the same doctors who tried to do their job, oblivious to their own blunder that had led to this situation.

In Kota, patient attendants were feeling warm, so they disconnected ventilator plug and plugged in an air cooler. After ventilator battery ran out, patient's condition worsened and patient died. Resident doctor then verbally assaulted.
Would not believe it if i had not read it pic.twitter.com/aPj3924bdk

This bizarre incident gained traction as the news clipping in the regional language was shared by Twitter user Anant Bhan who wrote, In Kota, patient attendants were feeling warm, so they disconnected ventilator plug and plugged in an air cooler. After the ventilator battery ran out, the patient's condition worsened and the patient died. The resident doctor then verbally assaulted. He added, Would not believe it if I had not read it. Another user, Shayonee raised the relevant concerns and asked, But how are visitors allowed for so long inside an ICU? Bhan responded, We have guidelines, how much these are followed is another matter, isn't it!

“They [hospital staffers] do not touch [the patients]. They tell us to feed them, to take them to the bathroom. We have to do everything.”@VijaytaL visited two Delhi hospitals and spoke to relatives of Covid patients.

Nothing short of a nightmare.https://t.co/ovVIX5klk0

Visitation is usually disallowed for patients infected by the novel coronavirus. But hospitals in another Indian state have employed virtual visitations instead, so the family can still keep in touch with their relatives admitted to a hospital. "Since normal visitations don’t apply to patients in isolation wards, we have been thinking of how to help our patients and their family members. We started it on Sunday, which has made both patients and their family members happy. This will mitigate their anxiety to a great extent. Our doctors also believe that getting to interact with their loved ones will help patients recover faster," Rupak Barua, CEO, AMRI Hospitals told Hindustan Times.

Currently, the COVID-19 infections in India have been increasing at a high rate, rising exponentially on the daily. The total number of cases as of today stands at 381,485. In the state of Rajasthan, the cases currently stand at 13,857. There have been reports from the state claiming that some patients have also simply been passing away due to the heat. The country went from one of the world's biggest lockdown at the onset to the prime minister ruling out a new nationwide lockdown as the cases are spiking each day. The country is struggling to keep with the demands of the deadly virus, on top of handling political border issues with their neighboring countries.

The government hospitals are overcrowded, while some of India's elite private clinics are charging up to ₹ 72,000 ($950) a day for intensive care with a ventilator. NPR reported that India has about one doctor for every 1,500 citizens. The situation is worse in rural areas, where two-thirds of Indians rely mostly on government hospitals where the ratio is even more skewed and has only one doctor to more than 10,000 people. The World Health Organization's standard is one doctor per 1,000 residents.