Aging is a part of life and it looks like the 70-year-old actress has decided to embrace it. 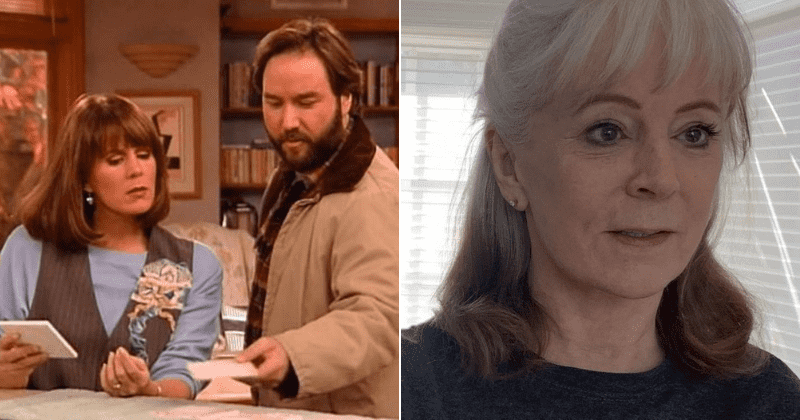 We all remember Patricia Richardson from Home Improvement. She's got to be one of the most recognizable sitcom moms in TV history. According to Diply, Patricia played Jill Taylor on the show as Tim Allen's character Tim "The Toolman" Taylor's wife, who was the matriarch and mom to three boys. She also appeared on Tim Allen's current sitcom, Last Man Standing. The '90s star was nominated for four Emmys and two Golden Globes for Home Improvement, which ran from 1991 to 1999 on ABC. Now at 69, Richardson quite obviously does not look like her '90s role. While she colors her hair chestnut brown, during quarantine she decided to let her natural gray color grow out. She dubbed it "raccoon covid hair."

Fans got a proper look at her new hair during a new interview with Entertainment Tonight, where she wore her gray hair pulled back. The interview was part of the show's "Iconic Leading Ladies of the '90s" series. According to TODAY, fans said they loved Richardson's hair. One person called the two-tone look "ombré," adding, "It's super high fashion." USER tigerlily712 commented: I like you better with darker hair. To which the star herself replied: Well, I’m going to be 70 in February and this is what is growing out of my head now so I’ve accepted it. USER phantomspots encouraged the actress, saying: I think your gray looks amazing. It makes your face glow. Young people are dying their hair this color now, so the perception has changed. It's like a magical unicorn gray.

Thank you to ET for the interview, lovely people. Some of this written version is mysteriously off from the actual interview but that happens. I hope I didn’t say “like like like like like”that much and some other misunderstandings even between this and the interview(Frances!❤️)

In her recent interview, Richardson recalled how she was brought in as a last-minute replacement for the role of Jill, just days before filming. "They called me in and said, 'There is this guy, he's a standup, he won an award, he has a special on Showtime," she said of her impromptu introduction to Allen. "I had never heard of him, I had never heard of that show and I had already seen one show that had failed... that had been done with a standup and a family and everything." But she had her reservations. "I didn't want to do any more sitcoms, and I certainly did not want to be a thankless mom," she noted. "I didn't audition for it. I came in and they said, 'We want you to start tomorrow.'"

Her on-screen comedic chemistry with Allen was hard to deny. "Immediately, I loved him," Richardson said. And audiences loved them together as a sitcom family: Tim, Jill, their kids as well as Tim's co-workers, Al (Richard Karn) and Heidi (Debbie Dunning), and of, course, their enigmatic neighbor, Wilson (Earl Hindman)."The primary thing I saw the most in the mail was, 'Are you looking through our windows? The things you and Tim fight about are just like our family,'" Richardson recalled. "Or, 'I get it, I have three sons too,' or, 'This is so freaky, because it's just like our family!' It was very gratifying to me, because Tim and I worked so hard," she added.

I loved them all like family. No other show was so close to real life. At least MY real life lol! Thank you ALL for the joy you gave me during really hard childhood times. I learned how to dress from the boys, mothers love from "Jill" and WANTING to be a good father from Tim

The TV mom even kept in touch with her on-screen sons over the years: Brad (Zachery Ty Bryan), Randy (Jonathan Taylor Thomas), and Mark (Taran Noah Smith). "When Jonathan was first on the show and I knew how smart he was, I would say, 'What do you want to do when you grow up?' And he would say, 'I don't know, I don't know, maybe I'll be a politician.' I said, 'You should be president of the United States,'" she recalled with a laugh. "He's been on the national board with me now, and everybody, even the other side, is impressed with Jonathan. He is awesome," Richardson added. "But when I first called him I said, 'OK, here's the plan: You're gonna run for the national board and then you're gonna be really big on the national board. And then you're gonna be president of SAG-AFTRA (The Screen Actors Guild - American Federation of Television and Radio Artists )  and then you're gonna be governor of California and then you're gonna be president of the country. So I've got your whole life planned out for you.'" Her other on-screen son Smith moved away from acting to pursue work in disaster relief, submarine instruction and a vegan cheese company. They've kept in touch online. Despite Bryan's recent legal troubles, she has fond memories of him. "I loved watching Zach work," she recalled. "If you give Zach a direction, he is so instinctive and he is so directive and so brave. Athletes and standups -- that is what Tim had going for him, too -- both are so courageous and gutsy they will just do anything right away. You tell them to do it. They'll just jump...They just go, and Zach is like that... He does it full out. Heart out."