trending celebrity people lifestyle news animals
Patrick Swayze's Biggest Dream Was To Become A Father, But He Never Got To Be One

Patrick Swayze's Biggest Dream Was To Become A Father, But He Never Got To Be One

Patrick Swayze was fortunate enough to fall in love and marry the love of his life but fate was so cruel to him that he never got to realize his dream of becoming a father. 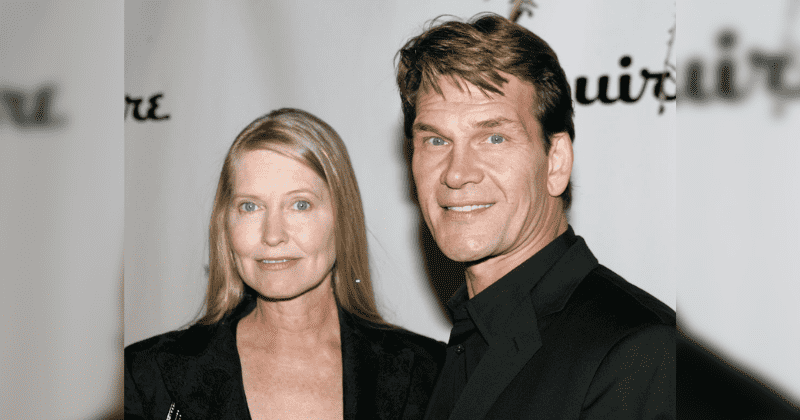 Parenthood is a blessing that most wish to experience at a certain point in their lives. Hollywood star Patrick Swayze did too. He was fortunate enough to fall in love and marry the love of his life but fate was so cruel to him that he never got to realize his dream of becoming a father. Swayze's love story is one for the books as he met his wife Lisa Niemi when they were teenagers. That said, their romantic relationship did not begin there but was a slow yet beautiful ride. The Dirty Dancing actor admitted to PEOPLE that he felt he didn't deserve her.

Despite being admired and wanted by many women, Swayze found Niemi refreshingly different. Apparently, he could work his magic on all of them except Niemi and that intrigued him. "If I started putting on a pose or doing my Casanova routine, Lisa would turn away and not say anything. We had a lot of dates in silence," he recalled. When they eventually found the spark, Swayze was reportedly over the moon. Even with all the popularity that he gained in his life, his love and admiration for Niemi remained constant. Thus, the two tied the knot on June 12, 1975, as the actor looked forward to building a family with her and becoming the father of her child.

When he found out that Niemi was pregnant in 1990, his happiness knew no bounds. Sadly, his joy was short-lived as his wife suffered a miscarriage. Swayze was now heartbroken. "It broke his heart. He wanted to be a dad more than anything. He had skills, knowledge, kindness, and love – everything a child would want," expressed the actor's long-time friend and bodyguard Frank Whiteley. Despite the devastating news, the actor once said, "I was born to be a dad," according to Closer magazine. Swayze could not imagine a life where he was not a father and soon turned to alcohol to temporarily drown his sadness.

His sister's untimely death also contributed to his condition and with time his relationship with his wife became shaky. In 2003, news of their separation left everyone shocked but Swayze managed to reconcile with his love after coming out of rehab. "No relationship is perfect, you hang in there and you don’t give up. And of course, you are going to have bad times. I would be with Patrick a million times over if I could — warts and all," Niemi told Woman Magazine as she recalled the tough days. But life had more heartbreaks in store for the couple as the actor was diagnosed with pancreatic cancer in 2007.

Niemi did not leave his side for a moment and cared for him as he battled the illness for two years. But tragically, he passed away. "My regret is that I didn’t tell him that I loved him enough over that entire 34 years," said the grieving widow following her partner's demise in 2009. Before his death, the couple did try to make up for all the lost time. "We told each other we loved each other over and over again. I never left the room without telling him. It still didn’t feel like enough," she shared.

According to ABC News, Niemi still texts Swayze whenever she travels even though he's dead. "I just put what I always did: 'I love you.' And then I cried for a little bit to myself. It [the text message] didn't come back. So either somewhere out there received it, or someone's going, 'Somebody loves me!' And you know what? I figured it was a win-win situation," she said.