trending celebrity people lifestyle news animals
Father Kills His Friend After Finding Out He Raped His 8-Yr-Old Daughter, Now He Could Face Charges

Father Kills His Friend After Finding Out He Raped His 8-Yr-Old Daughter, Now He Could Face Charges

The 34-year-old father, who works at a rocker engine factory, killed Oleg Sviridov after coming across revolting footage of the 32-year-old molesting his little girl on his phone. 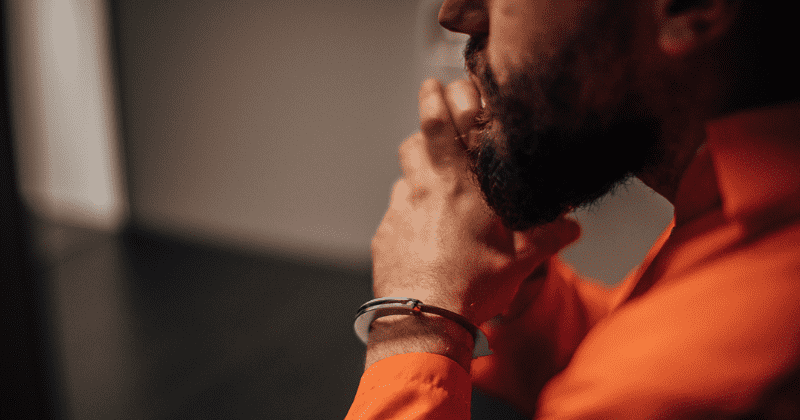 A father, who reportedly killed his pedophile friend for raping his 8-year-old daughter, has been detained for the crime. But people in Russia are now rallying in support of Vyacheslav M's actions, insisting he should not be facing murder charges. The 34-year-old father, who works at a rocker engine factory, killed Oleg Sviridov after coming across revolting footage of the 32-year-old molesting his little girl on his phone. The confrontation happened when Vyacheslav and the alleged child sex offender were drinking. Before he could say or do anything to Sviridov, the suspect fled the scene. Understandably the father was left shocked and betrayed as he had trusted his close friend to babysit his daughter many times in the past. Instead of keeping his child safe, Sviridov sexually abused her on multiple occasions.

A Dad, M. Vyacheslav, found a video of his friend Oleg Sviridov, raping his 8 year old daughter. Vyacheslav killed Sviridov and was then arrested.

Upon uncovering his friend's sinister nature, Vyacheslav immediately reported him to the local police who then launched a manhunt. Police eventually revealed that the 32-year-old recorded and stored his sick acts of abuse on his phone. Apparently, his friend's daughter was not his only victim but there were many other children in Vintai village which is situated in Russia's Samara region who he preyed on. Although the police assured the father they were doing everything they could, Vyacheslav began his own investigation. He managed to track down the alleged pedophile before authorities could and ended up stabbing him to death. On September 2, a week after his friend saw the offensive footage, Sviridov's body was discovered.

I agree with the locals… 🤷🏻

Russian father who killed 'paedophile' friend after finding footage of him 'raping his eight-year-old girl' should not face murder charge, say locals#DirtyNoncehttps://t.co/x0AjDpJlbU via @MailOnline

Police suspected the girl's father of the crime and detained him. While being questioned by the police about Sviridov's death, the father told the police that they did get into a physical altercation in a forest near the village. But noted the deceased had "stumbled on the knife during a quarrel" and that he did not intend on murdering him with the weapon. The case is currently being investigated by the police who have also opened criminal cases into the sexual abuse of three children who were filmed on Sviridov's mobile. The disturbing videos showed girls, aged 6 and 11, from other villages being violently raped. The footage indicated that the suspect had been abusing kids for five years before Vyacheslav finally made the discovery.

After becoming aware of the case, residents in Vintai along with the online community have been demanding that Vyacheslav should not face any murder charges for taking the life of a pedophile. "He is not a murderer - he protected his daughter and our children too. Everyone is on his side," expressed one local, according to Daily Mail. Another shared, "If the crime is proven by video facts, then is the girl's father wrong? Any normal parent, mother or father, would have torn apart such a pedophile right on the spot. Protecting children is the direct responsibility of parent."  Even TV journalist and former Russian presidential candidate Ksenia Sobchak weighed in on the situation. "All parents are standing up for the pedophile's killer," she wrote.

Many lauded the father for taking the law into his hands and killing his daughter's abuser noting, "It's good that he killed the bastard because our law would have put him in jail for only eight years - or even less - and he would be out again." Another Vladimir Novikov said, "It is necessary to introduce the death penalty for pedophiles or we will see the lynching of non-humans." As for the deceased suspect's mother, she shared that her son would often babysit for the Vyacheslav family and that the two men had been friends for a long time. "I don't know how it got to this," she said about the rape of Vyacheslav's daughter, who is now nine. "He must have been drunk," she explained. "Most likely he was drunk. They left their children with him all the time. When he baby-sat these girls he came back home as normal, in a good mood."