The idea is being hailed as the "most genius camping hack EVER" by many. 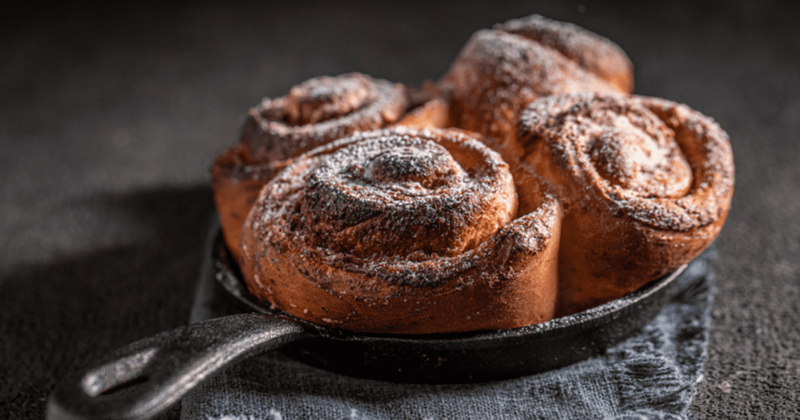 Cover image for representational purposes only

Spring is almost nearing its end which means only one thing. People are readying their RVs for camping trips all over the country. Irrespective of where you live—in a camper or a tent—when the great outdoors and the open road beckons, you also need to good campfire to complete the experience because you're hundreds of miles away from the comforts of your kitchen. Fortunately, almost everything you cook on a stove or the oven can also be cooked in a fire pit, that is if you are a pro. For the rest of the mere mortals, things like hamburgers, steak, sausage, and eggs, etc. have always taken precedence among campers.

More recently, a new food type has been catching fire (get it?) among campers and it's quickly becoming a crowd favorite—Cinnamon rolls. That's right. Preparing the dessert over has just gotten easy. Simply open your cinnamon roll tube, put the contents onto a skewer, and let it roast in the fire for a few minutes. Et voila! You have your favorite dessert ready to consume in a whole new avatar. Per Delish, this is the "most genius camping hack EVER" while Scout of Mind shares that sweet cinnamon rolls pair well with a "savory breakfast sausage." In a pro-tip the campfire chefs at SoM add suggest you throw both of them on the grill at the same time and "add some protein to your camp breakfast meal".

People are impressed by the idea, judging by the trend online. Commenting on one of the posts shared by a person named Rebecca Freeman on Instagram, a person wrote: "What a great idea. We might have to steal this ourselves!" Another shared: "Well this is a game changer!" Let's take a look at some of the best iterations of campfire cinnamon rolls below: