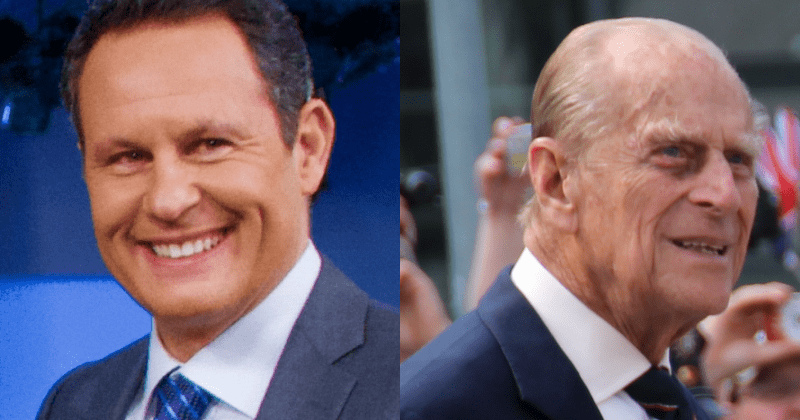 It has been less than a few days since the late Duke of Edinburg, Prince Philip, husband of Queen Elizabeth II, died. While entire Britain and all well-wishers around the world are mourning his death, there have already been steamy allegations made on his passing. Shortly after the late Prince breathed his last, at the age of 99 on Friday, Fox News allegedly mentioned Prince Harry and his wife Meghan Markle as the reason for his passing, Metro UK reports.

Fox News host Brian Kilmeade reached the span of the Grand Canyon when he attempted to place the death of Prince Philip on Prince Harry and Meghan Markle. https://t.co/KXzjHumlPz pic.twitter.com/IvERi6Gooz

Fox & Friends host Brian Kilmeade somehow linked the death of Prince Philip, without any substantial evidence, to the Duke and Duchess of Sussex during last month's Oprah Winfrey interview. It was certainly an accusation that touched on allegations of racism inside Buckingham Palace. Kilmeade went on to lay suggestions in the interview that truly shocked audiences worldwide. It was an explosive session on CBS as the Duke and Duchess of Sussex mentioned that an unnamed senior member within the Royal Family had expressed certain concerns on the "dark" skin color of Prince Harry and Meghan's baby Archie, while she was pregnant.

During another point in the same interview, Prince Harry spoke about the rather cruel treatment that Meghan Markle experienced as a Royal, particularly in the early days of their marriage. He told Oprah Winfrey that he was disappointed in his family for staying silent when lawmakers were quick to point out "colonial undertones" in the British media's harsh portrayal of Markle. On Fox & Friends, Kilmeade said: "There are reports that [Philip] was enraged after the interview and the fallout from the interview with Oprah Winfrey, so here he is trying to recover and he's hit with that." You can check out Kilmeade's entire stance in the clip below.

Brian Kilmeade connects the death of 99-year-old Prince Philip to Meghan Markle & Prince Harry's Oprah interview: "If you factor in this, there are reports that he was enraged after the interview ... Here he is trying to recover, and then he gets hit with that." pic.twitter.com/tevB9ijMeH

Moving on, Kilmeade went on to cite Piers Morgan, the somewhat controversial yet outspoken broadcaster and television personality as evidence to support his speculation that the Oprah interview took a toll on Prince Philip's failing health. Piers, the former host of Good Morning Britain, walked off the set in a rage and ended up actually quitting the ITV breakfast program following backlash. He was reportedly bashing Markle continuously and accusing her of lying about her mental health as a royal when there were several allegations of racism being pointed toward the Crown, or as the interview mentioned, certain senior members within. The Fox host continued: "Piers Morgan was saying on his morning show, which he famously walked off of, is like 'Really? Your grandfather is in the hospital, you know he's not doing well, is this really the time you have to put out this interview?' " "Evidently, it definitely added to his stress."

Needless to say, nearly everyone on social media was quite outraged over Kilmeade's comments. One user wrote: "It's silly how they want to blame Harry and Meghan for a 99-year-old's passing. It isn't like he had a lot of good years to look forward to. He met a peaceful, natural end. Which is what any of us can hope for." Another added: "He lived 99 years every bit of it in the lap of luxury. He probably wouldn't have gotten past 75 if he was a normal dude. Meghan and Harry didn't kill him, old age did." A third stated: "Prince Philip is dead and Fox News just found a way to blame Meghan Markle whiles announcing it smh Can’t wait for Piers Morgan to come up with articles to blame her as well."

I was joking when I said Meghan would be blamed. But...https://t.co/X22j3aFPNb

Shortly after the Prince's death, Buckingham Palace released a statement saying: “It is with deep sorrow that Her Majesty The Queen announces the death of her beloved husband, His Royal Highness Prince Philip, Duke of Edinburgh. His Royal Highness passed away peacefully this morning at Windsor Castle.”