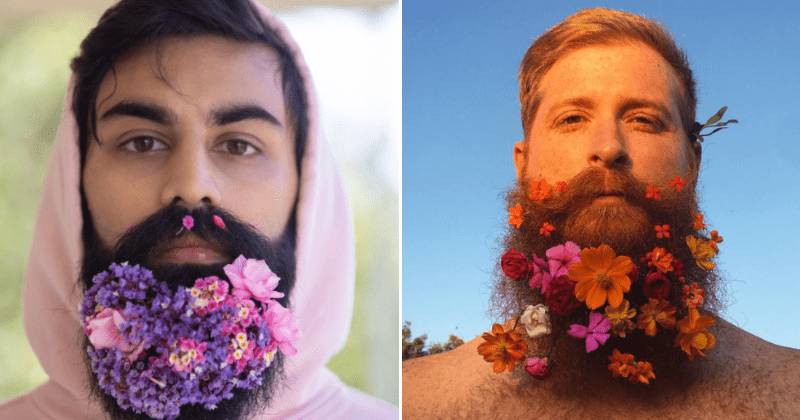 Talk about flower power, who knew blossoming beards would look so gorgeous? People are a lot more experimental with their beards and it's lovely to see them being decked up with floral arrangements right in time for spring! These Insta-worthy beards feature hipsters weaving foliage into their facial hair. It apparently started becoming popular on the social platform of Tumblr, when a blogger began the “Will It Beard” project. Although it's not a completely new trend, it is blossoming around the world.

Fashion editor Alexander Fury explained, “In the 1850s, the beard came into fashion as a symbol of authority, masculinity, orthodoxy. By contrast, the 1950s beatniks' and 1960s hippies' hairiness was an affront to the still-prevalent military diktats of short back and sides and clean-shaven face. A beard was a bushy banner of rebellion. Today, all that deep and meaningful gumph kind of mashes together. To our modern eyes, a beard is redolent of tradition, a touch archaic.” Whether it's a play on flower crowns or not, we love that this trend is springing up all over the Internet, inspiring thousands of people from all over the world to travel to wear flowers not just in their hair and but their beards too!

Blossoming beards are also such a stunning way to battle toxic masculinity stereotypes. The beard has always been considered to be something of a symbol of masculinity, whereas floral arrangements have always considered being feminine. Artists are now getting creative and putting those two labels together and smashing boring gender stereotypes to create a beautiful work of art!  While some people enjoy a sprinkling of flowers here and there, others are going all-out with not-so-simple flower patterns. Whatever they choose, we're so here for this trend for many seasons to come.