People Who Put Up Christmas Decorations Early Are Happier

A study has found that people who are excited about decorating for Christmas are happier when compared to others. 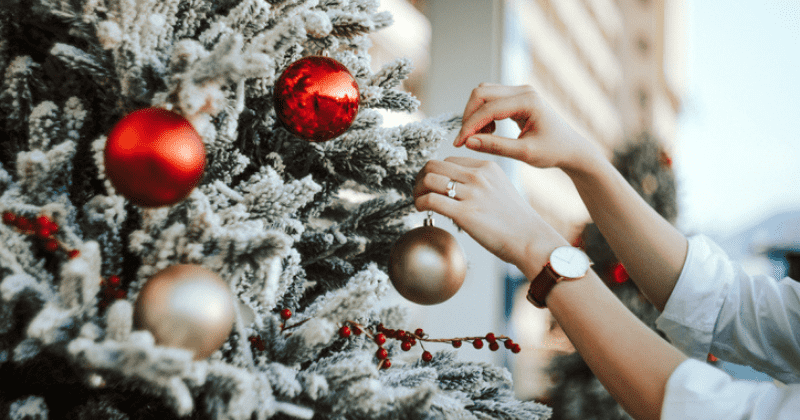 There are two kinds of people in this world—those who love Christmas, and those who LOVE Christmas. The first is the type to eagerly wait for the holiday season. The second takes out their Christmas playlist around October, watch the festive classics, and generally go around planning for the day with manic excitement. Most of us have encountered both types of people and have often referred to the second group as the crazy ones. But, as it turns out, they're not as crazy as we think after all. If anything, they are the happiest of the bunch, reports Steve McKeown, owner of The McKeown Clinic, founder of MindFixers, and a psychoanalyst by trade. According to him, being a little too eager for Christmas is not at all wrong and such people are likely in a better mind space than their peers.

As per iHeart Media, McKeown said, "In a world full of stress and anxiety people like to associate to things that make them happy and Christmas decorations evoke those strong feelings of childhood. Although there could be a number of symptomatic reasons why someone would want to obsessively put up decorations early, most commonly for nostalgic reasons either to relive the magic or to compensate for past neglect. Decorations are simply an anchor or pathway to those old childhood magical emotions of excitement. So putting up those Christmas decorations early extend the excitement!"

This research is by no means the end-all in this case. A research paper published in the Journal of Environmental Psychology states that people who put up Christmas decorations earlier than most tend to be far more friendly and likable. The study also found that many US citizens often use home decoration on the exteriors of their house to give off a warm and friendly vibe to their neighbors. The research examines a variety of things, including how strangers (naive raters) can accurately identify the more friendly residents and touches upon several aspects of home exterior decorations that contribute to their impressions. There's a bit of a downside for these people too; the study says as they say this could be a sign of loneliness and that the person may suffer anxiety, pushing them to find comfort and solace as they wait for their favorite holiday of the year.

An excerpt from the research reads: "We also examine the possibility that residents who decorate for Christmas but who have few friends on the block may be using the decorations and other cues as a way of communicating their accessibility to neighbors...a main effect for the decorated factor indicated that raters used Christmas decorations as a cue that the residents were friendly and cohesive." The results of the study proved this very point as raters gave a greater sociability rating to owners of the house where Christmas decorations were present while giving a weaker rating and attributing them as non-sociable residents for those who had little to no decorations, telling us that an open appearance is key when forming judgments.

According to Hit.com, Amy Morin, a psychoanalyst, attributed Christmas to triggering nostalgia for childhood. She said: "The holiday season stirs up a sense of nostalgia. Nostalgia helps link people to their personal past and it helps people understand their identity. For many putting up Christmas decorations early is a way for them to reconnect with their childhoods. It may be a bittersweet feeling. Perhaps the holidays serve as a reminder of when a loved one was still alive. Or maybe looking at a Christmas tree reminds someone of what life was like when they still believed in Santa. For people who have lost a loved one, the holidays may serve as a reminder of happy times they had with that person in the past. Decorating early may help them feel more connected with that individual." The results of the study basically mean that Christmas decorations don't just make you seem happier but also makes you far more approachable and likable in the eyes of strangers.