The new drink, Driftwell, will be released in December on e-commerce sites and will be available in grocery stores by the first quarter of 2021 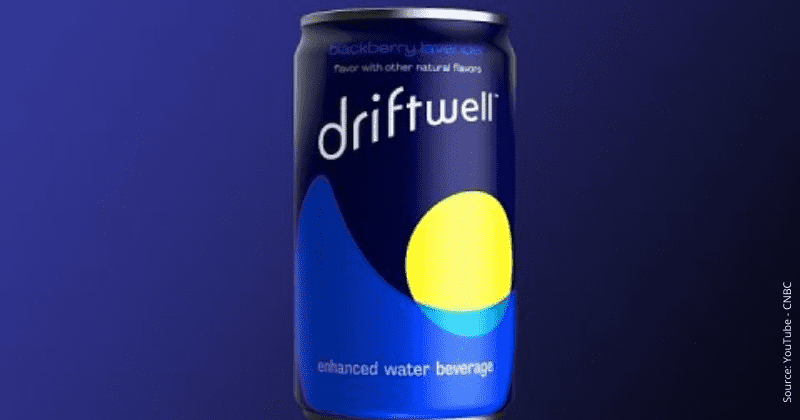 This year has been tough on all of us. The stress of a deadly virus that has been looming over us since the first quarter of the year has rendered us helpless, and for the lucky ones, confined indoors. We have been coming up with creative ways to not let the "end of the world" feeling from getting the best of us. Now, PepsiCo is lending a helping hand by launching a new drink that aims to calm us down. The beverage company announced the all-new Driftwell, a drink to help us combat the problem of stress and insomnia, reported CNBC.

PepsiCo to launch Driftwell, a new drink to aid sleep as consumers struggle with stress. 😴

"...the perfect size for hydrating before bedtime without requiring another trip to the bathroom." 😂 pic.twitter.com/R5mOU3L3GW

Driftwell is the result of an internal competition held in the company last year by CEO Ramon Laguarta. This concept of assisting consumers to de-stress and relax before bed was an idea that won this competition. Now, PepsiCo is set to make it a reality. It is being labeled "enhanced water" which contains magnesium at 10 percent of the recommended daily value for a person and 200 milligrams of L-theanine, an amino acid that’s found in green and black teas and even some mushrooms. Both ingredients are said to provide relaxing and de-stressing effects which will also assist people in sleeping, according to Fox Business.

“From a scientific and regulatory perspective, we feel really good about making that claim around L-theanine. Specifically, we have safety in clinical data to prove that it works,” Emily Silver, vice president of innovation and capabilities at Pepsi’s North American beverages unit, said about the claims that the product being able to help improve the quality of sleep. Silver also added that it is the fastest new product to ever come out of the company. Unlike its sugar concentrated signature drink that aims to charge people up, this new product works the opposite way to help people calm down.

Drink PepsiCo Rockstar Energy drink in the morning to wake up..
Drink Pepsi for lunch
Drink Diet Pepsi to remove any guilt.
Drink Gatorade after work for boost while still connected to work.
Drink PepsiCo Driftwell to sleep cos PepsiCo needs you to start again in the morning. https://t.co/MV6ptoZyU8

The new drink will be released in December on e-commerce sites and will be available in grocery stores by the first quarter of 2021. It will be available in 7.5-ounce mini cans and will be blackberry lavender flavored. There will be only one flavor as of now. The company is trying to enter the $1 billion over-the-counter sleep aid industry and a relaxation aid market, according to CNN Business. Their current competition in the market is music, hot baths, and meditation, in addition to the small niche business of "functional beverage" that has been growing in recent times. "We certainly see a massive need in this functional space," Silver stated.

PepsiCo built a massive multinational business by putting pep in people's steps. Now it's unveiling Driftwell, a new drink enhanced with ingredients to promote relaxation and to help ease stress, and the internet has a new name for it. Jeanne Moos reports. https://t.co/iIAZyu02NH pic.twitter.com/sjaDVnP16p

"We think about beverages in three ways: Taste, function, and hydration," Darren Seifer, food and beverage industry analyst for market research firm the NPD Group stated. "These functional beverages, they're trying to hit that sweet spot in the middle." The functional beverages are a small part of the beverage industry as a whole but have seen a steady growth recently, which could be the reason for PepsiCo showing an interest in the same. Duane Stanford, editor and publisher of Beverage Digest stated, "In aggregate, this wealth of beverage innovation is taking occasions away from big players like PepsiCo."

.@PepsiCo is launching a new drink to help consumers get a better night’s sleep.

“Driftwell is designed for anyone who just can’t seem to shut down their mind at the end of the day.” #CheddarLive pic.twitter.com/B0udiQYECo

In a statement, the company said, “While PepsiCo ultimately envisions relaxation beverages owning a space similar to the energy category today, how that grows will largely depend on how consumers look for them and the brands’ ability to react to that shopping behavior." The beverage has been in the work for a while before the pandemic. However, the company acknowledges that "relaxation and dealing with stress is a lifestyle shift" which happens to be the need of the hour, especially during the pandemic.