A woman in the video says in Spanish that she is 22 years old and was kidnapped. 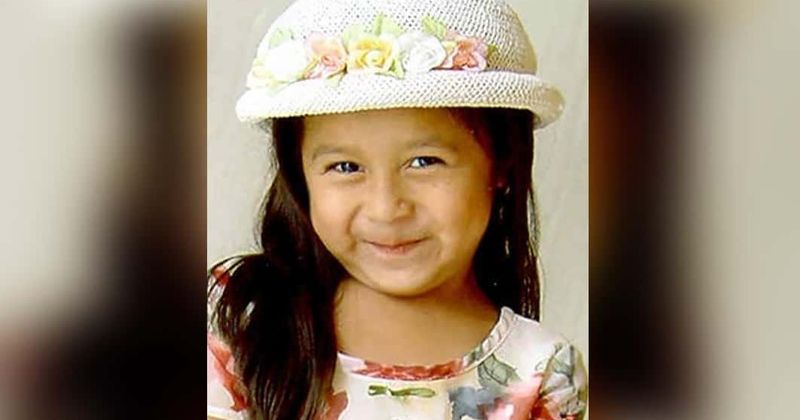 Nearly 20 years after 4-year-old Sofia Juarez went missing, a TikTok video may provide a vital clue in the case. A woman in Mexico who was filmed in a viral TikTok video is giving hope to investigators and locals that little Sofia may still be alive. Sofia Juarez went missing on 4 February 2003  just one day before her fifth birthday from Kennewick, Washington.  A website launched to raise awareness about the case details the incidents surrounding her disappearance.

A TikTok video may provide clues in the case of Sofia Juarez, a girl who police believe was abducted near her home in 2003. https://t.co/QqJVoSDbDv

It stated: On February 4, 2003, one day before her 5th birthday, Sofia Juarez was abducted between 8:00 pm and 9:15 pm, as she walked westbound in the 100 block of E. 15th Avenue, towards S. Washington Street, in Kennewick, WA. Sofia was taken from her family, and from us, as a community. Her mother went to her grave not knowing what happened to Sofia. Sofia was born and raised in the Tri-Cities. At the time of her disappearance, Sofia lived with her mother, grandmother, and several aunts and uncles in the 100 block of E. 15th Avenue.

Describing the kind of child the 4-year-old was, she was described as "a typical young girl who enjoyed cartoons, playing with Barbie dolls, and coloring. She was shy by nature, and not prone to wander off by herself. She was very excited about her upcoming birthday." It added, " Sofia was a beacon of sunshine who had a bright and innocent life stolen from her. Her family, friends and community have lived under a dark cloud since she was taken from us. Sofia was, and still is, loved by all who knew her. Sofia will never be forgotten."

The kidnapping of Sofia Juarez took place on Feb. 4, 2003, and has remained unsolved for almost 20 years. A video circulating on TikTok may have just changed thathttps://t.co/igxejMp94k

Now, nearly two decades later, people seem more hopeful in finding Sofia after a viral clip posted a while ago featured a young woman in northwest Mexico who said in Spanish that she is 22 years old and was kidnapped. According to NBC News, the woman also mentioned that if relatives are watching, they should come to get her because she does not know where she is from. Police have gotten in touch with the person who made the video, who has gone back to the city where he interviewed the woman to try to find her. Lt. Clem, who has worked in the police for 25 years, remains optimistic that they will find Sofia.

“This is one of those cases that everybody in our community knows exactly what they were doing when she went missing. The ultimate goal is to get her identified and have her voluntarily give us a DNA sample. … There is enough there that we need to do our due diligence." Another "highly credible" local witness mentioned that they had seen a crying girl being led away by another person.  The time of the incident matched the time that she went missing and the girl matched Sofia’s description, Clem pointed out. The witness also spoke of a windowless, grey or light blue van that was parked in the area at the time of the kidnapping. The van is described as being from the 1970s or 1980s.

Investigators are sifting through multiple new credible tips that could bring them a step closer to finding Sofia Juarez, who went missing in Kennewick, Washington, in 2003 a day before her 5th birthday. https://t.co/S0pUoDTAWw

Police are hoping that the case can continue to go forward now that the video has initiated some momentum after so many years.  “It would be amazing. It would be great for the family and great for the community,” Clem said. “Everyone is looking forward to her coming home.” The 4-year-old's case marked Washington state’s first Amber Alert, Clem said.

That Sofia Juarez case has haunted me for so long and I have no connection with the family. Only thing is she’s from my area and we’re close in age and that hits me hard. Hope they find her. It’s been so long. pic.twitter.com/iPG91OJWyb

According to CNN, a lot of new tips have been pouring in on the case so  officials are saying that they now have "a high degree of interest" in a light blue, silver or gray, late 1970's to early 1980's full-sized panel van with no side windows. This may be another big clue for the case.  While the girl's mother died in 2009, investigators remain in close contact with the rest of her family. "We are aware of the TikTok video," the Kennewick police said in a statement. "Investigation is being conducted into that. Thank you to those who sent information on that video to us. It is appreciated,"

The video was shot in Culican, Sinaloa, in March. Tips on the case can be made here.