The biological father is said to be a person of interest, as he had previously tried to remove one of the children from school last year 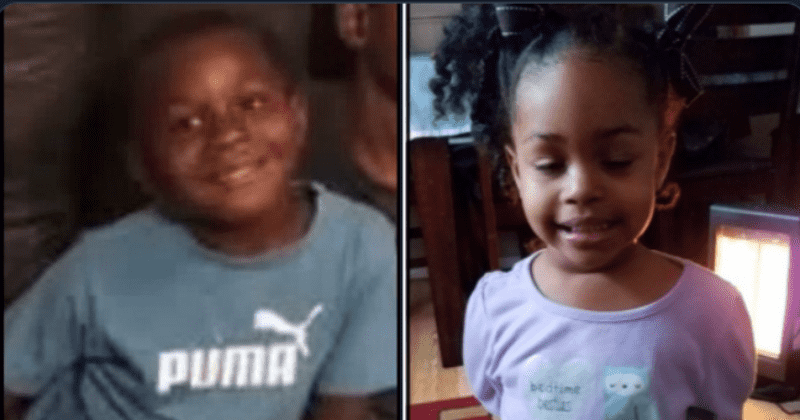 Editor's note: The article has time-sensitive information. While we try our best to update our content with the latest developments, so some of the details may vary from the time it was originally published due to rapidly changing updates.

Police in New York has issued an Amber Alert for two children, a boy and a girl, who was abducted from a residence in the city on Monday by two men. The Greece Police Department has started investigations into the kidnapping that took place at English Road at around 8:40 p.m. and noted that the children were in "imminent danger" according to the alert. The girl, Shekeria Cash was described as "a Black female, approximately 3 years old with braided, black hair and brown eyes. She is approximately 4 feet 0 inches tall and weighs about 40 pounds. Shekeria was last seen wearing panda pajamas."  The other abducted child named Dimitri Cash Jr. was described as "a Black male, approximately 5 years old with short, black hair and brown eyes. He is approximately 4 feet 0 inches tall and weighs about 50 pounds. Dimitri was last seen wearing fire truck or dinosaur pajamas."

Based on the circumstances under which they were abducted, police "believe that they are in imminent danger of serious harm and/or death," the alert stated. The police have asked the public to come forward with any information and contact the Greece Police Department at 585-428-6666 or call 911.

We got the amber alert this morning while on the interstate. We are praying for the kids safety.

According to WHAM, the children's biological father is said to be a person of interest. He had been arrested and charged with four misdemeanors when he tried to forcibly take one of his children while they were at school in January last year. The authorities however have not been able to contact either the father or their biological mother. "The abduction happened at 805 English Road around 8:40 p.m. Monday at a foster home where the children were staying." There were five other children under the age of 10 who were also living in the foster home. Shekeria and Dimitri were living here for the last two years.

"The father, Dimitri, is definitely somebody we need to speak to," said Greece Police Chief, Drew Forsythe while adding that the incident was a "planned and targeted abduction." The police stated that a woman in the foster home heard a loud noise on the first floor. When she went downstairs, she spotted two men who had broken through the front window.

Two of the seven children in the house followed the woman and saw the men in the house. The two children and woman were tied with duct tape together. To stop the woman from screaming, the suspects also duct-taped the woman's mouth.  They the men abducted the two kids who were upstairs and then stole the keys of the van belonging to the woman with the two children. The van was however later found abandoned on Whitehall Drive. Police report that the woman and the children who were duct-taped were not physically harmed. The U.S. Marshal’s Task Force has also joined in efforts to find the children.

Following the abduction, the neighbors are shaken. "It made me troubled. It is pretty sad to hear that kids were missing," said Quinn Larsen, who lives nearby.