It was later confirmed that the remains unearthed were that of an animal, most likely an alligator since the cadaver dogs picked up the scent at an alligator pit. 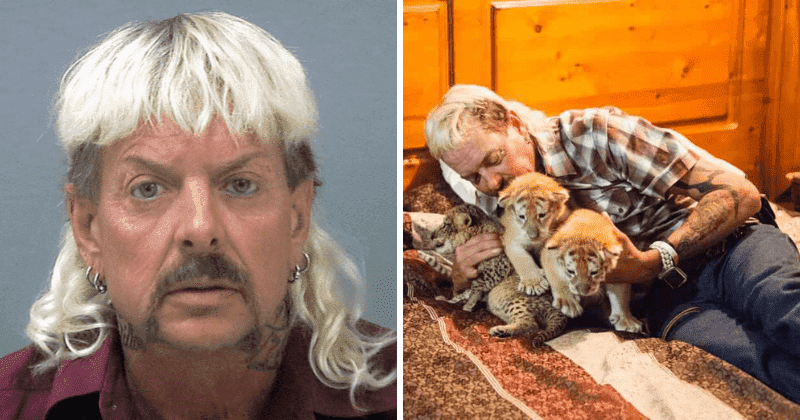 Ever since Tiger King hit Netflix, everyone involved in the series has faced their own fair share of controversies. Now, according to a TMZ report on July 10, two cadaver dogs had found what their trainers believed were human remains at the 'Tiger King' Zoo.

The findings have been sent to the Oklahoma zoo after the dog trainers indicated that they could have been possible human remains. The Oklahoma State Bureau of Investigation and Garvin County Sheriff's deputies were also present at the Greater Wynnewood Exotic Animal Park on Friday evening. Another report by the New York Post states that the dogs were already present on the site as filming for the latest season of Ghost Adventures started.

However, it was later confirmed that the remains unearthed were that of an animal, most likely an alligator since the cadaver dogs picked up the scent at an alligator pit. After this discovery, the investigation was closed. Initially, the dog handlers believed that the animals were on the scent of a trail of human body parts. Meanwhile, earlier this year, the ownership of the zoo was transferred to Joe Exotic's rival Carole Baskins by the court.

Originally, the zoo belonged to Joe Exotic before he struck a partnership with Jeff. Later on, Exotic was convicted in federal court for murder-for-hire and various animal abuse charges. Currently, he is serving a 22-year-long prison sentence.

While a lot about Joe Exotic's life and crimes were revealed in the Netflix show, Exotic's niece Chealsi Putman has revealed the most disturbing ones which were not even a part of the series. Exotic's niece claims there are videos that contain his friends performing sexual acts with animals and Exotic freezing animals such as tiger cubs so that they can be sold off to taxidermists for a huge amount of money.

But Don Jr. thinks he should be released. https://t.co/hnwrh3e2sr

Exotic's 31-year-old niece used to work at the Greater Wynnewood Exotic Animal Park on and off from 1999 to 2017 and notes that she did all kinds of odd jobs there. In an interview with Daily Mail, she said, "Our relationship was up and down, mainly because I wouldn't put up with his bulls**t'. I've personally witnessed Joe spray a tiger with a fire extinguisher, not out of safety or for a life-saving reason, but because the tiger didn't react the way Joe had wanted it to."

The scattered pieces of that series that I've seen lead me to conclude that man was a psycho.

She continued, "I didn't want to see them, I just heard about them." Putman added that her uncle was the one who liked to film these depraved acts and even participated on certain occasions. She also noted that he liked filming his partners having sex with other people. Putnam continued, "Over the years there must have been at least 10 tiger cubs that he froze. I have no idea what happened to them, they would just disappear."

After Putman confronted Exotic about these incidents, Exotic lied saying he was working for a research project with Texas A&M University but there was never any evidence of it. According to Putman, he sold the animals to private individuals. Netflix docuseries Tiger King: Murder, Mayhem, and Madness exposed a number of depraved, evil, and illegal activities that Exotic was involved in.

Putman concluded, saying, "There wasn't much Joe wouldn't do for a dollar. I don't think he ever really cared for them he saw them as pawns in his game, most of the bills, policies, and loans for the zoo were in his parent's name."