The Duke of Sussex revealed his decision about stepping down as a British royal and moving to California. 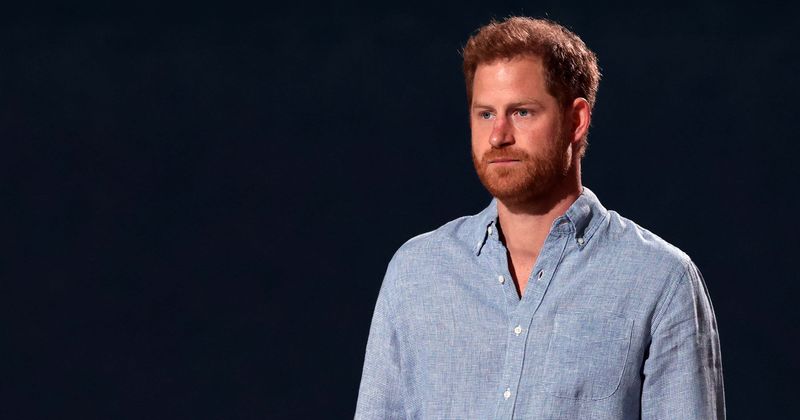 Most families have some form of generational trauma and it's up to the next generation to break this cycle when they recognize the signs. Generational trauma can be "silent, covert, and undefined, surfacing through nuances and inadvertently taught or implied throughout someone’s life from an early age onward," licensed clinical psychologist and parenting evaluator Melanie English, PhD, told Health.  Dr. DeSilva noted that she often sees the results of trauma in families where the trauma is repeated. If the trauma is continuing, it’s important to stop the cycle, which may need a huge amount of encouragement and support. "When we process things and understand them, we can then often find coping mechanisms. When we find coping mechanisms, we can heal, redefine ourselves. and reclaim a part of our life."

Prince Harry is opening up about being a cycle breaker in his family regarding family trauma and spoke about this in his recent interview with Dax Shepard's Armchair Expert podcast. Harper's Bazaar reports that his decision to relocate to the United States was to break the cycle of "genetic pain and suffering" within his family. The 36-year-old believed his father, Prince Charles, raised him the way he was raised as a young royal. But it was clear to Harry that he would not repeat that and do the same with his own children. "He's treated me the way that he was treated," Harry said. "There's a lot of genetic pain and suffering that gets passed on anyway. We as parents should be doing the most we can to try and say, 'You know what? That happened to me. I'm going to make sure that doesn't happen to you.'"

Slowly the Prince began noticing how similar his life and his father were when he started growing older. "I never saw it. I never knew about it. And then suddenly I started to piece it all together and go, 'Okay, so this is where he went to school. This is what happened. I know this bit about his life. I also know that's connected to his parents. So that means that he's treated me the way that he was treated, which means how can I change that for my own kids?'" Harry said. "And, well, here I am. I've now moved my whole family to the U.S. but that wasn't the plan. But sometimes you've got to make decisions and put your family first and put your mental health first."

His wife, Meghan, encouraged her husband to dig deeper in therapy to discover how his relationship with his father had affected his life. With therapy, he began deconstructing the trauma and frustration that had been hurting him for so many years. "Once I started doing therapy," Harry said, "it was like the bubble was burst. I plucked my head out of the sand and gave it a good shake off and I was like, 'You're in this position of privilege, stop complaining and stop thinking you want something different—make this different, because you can't get out. How are you going to do these things differently? How are you going to make your mum proud and use this platform to really affect change?'"

Now that the family has moved to California, Harry is still getting used to life in America. He also stated that the constitutional right to free speech was "a huge subject and one which I don't understand" but also indicated he had a lot he wanted to say about it. Prince Harry told Shepard, "I’ve got so much I want to say about the First Amendment as I sort of understand it, but it is bonkers," Harry told the podcast according to The Daily Wire. "I don’t want to start going down the First Amendment route because that’s a huge subject and one which I don’t understand because I’ve only been here a short time. But, you can find a loophole in anything. You can capitalize or exploit what’s not said rather than uphold what is said." Since the podcast, Harry has received a lot of backlash for his comments but many believe that his critics seem to be missing the context of the conversation. ABackuptasha tweeted:  He didnt call the 1st Amendment itself bonkers. The conversation was about how paparazzi like to find loopholes in the 1A to undermine basic human rights. He said he had a lot to say about it, but bc he's still learning about US's 1A compared to the UK's, it was bonkers.

For the idiots in the back who chose not to actually LISTEN to the podcast and what he actually said https://t.co/8HLetZR7nO