trending celebrity people lifestyle news animals
Princess Diana Begged The Queen For Help With Her Marriage, Only To Hear: "Charles Is Hopeless"

Princess Diana Begged The Queen For Help With Her Marriage, Only To Hear: "Charles Is Hopeless"

The pair separated in 1992 before finalizing their divorce in 1996. Prince Charles married Camilla in 2005. 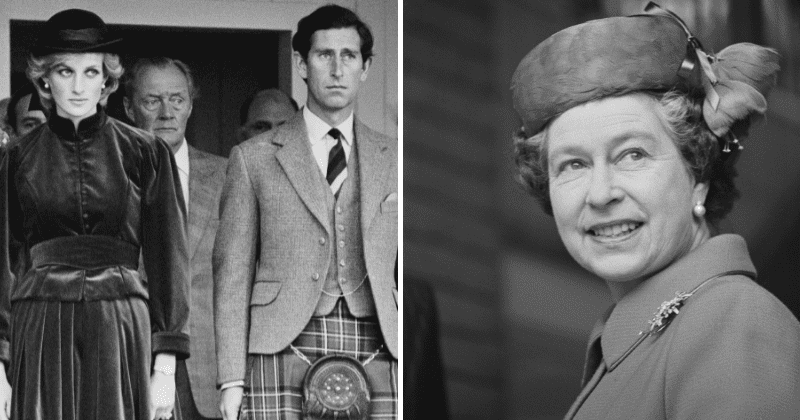 Princess Diana's relationship with Prince Charles was far from a royal fairytale. The couple went through turbulent times throughout their marriage. The pair tied the knot in 1981, separated by 1992, and finalized their divorce in 1996. While many factors may have contributed to the breakdown of their relationship, Charles' affair with Camilla Parker Bowles was no exception. In November 1995, two years before Diana died, she sat down with BBC1 Panorama to share details of her life. The picture she painted was quite a contrast to what people may deem as a princess's love story. She revealed to Martin Bashir that both she and Prince Charles were involved in affairs during their marriage. When Bashir asked Princess Diana if Camilla was a "factor" in the marriage's breakdown, Diana replied, "Well, there were three of us in this marriage, so it was a bit crowded." The quote broke the image, if it ever persisted, that the royal couple ever had a happy marriage and took the world by storm, reports PEOPLE.

More explosive claims by Diana were revealed in interviews with her voice coach Peter Settelen. During a sit-down that she had with Settelen, the Princess of Wales spoke about asking Prince Charles why Camilla, whom he eventually went on to marry in 2005, needed to be in his life.  According to the Daily Mail, Diana was quoted as saying, 'I remember saying to my husband, ''Why? Why have you got this lady around?'' And he said, ''Well, I refuse to be the Prince of Wales who never had a mistress.''

Diana also believed that her failing marriage and how the royal family treated her played a role in triggering an eating disorder. She said, "Everybody knew about the bulimia in the family. And they all blamed the failure of the marriage on the bulimia and it's taken them time to think differently. I said I was rejected, I didn't think I was good enough for this family, so I took it out on myself. I could have gone to alcohol. I could have been anorexic. I chose to hurt myself instead of hurting all of you."

Why #TheCrown made Princess Diana's bulimia a major part of her story in season 4 https://t.co/C5kf2qoyRR pic.twitter.com/LcmoUIw7vx

Princess Diana also confirmed reports that she tried to harm herself. "When no one listens to you, or you feel no one's listening to you, all sorts of things start to happen," she explained. "For instance, you have so much pain inside yourself that you try and hurt yourself on the outside because you want help, but it's the wrong help you're asking for. People see it as crying wolf or attention-seeking, and they think because you're in the media all the time you've got enough attention, inverted commas." She continued, "But I was actually crying out because I wanted to get better in order to go forward and continue my duty and my role as wife, mother, Princess of Wales. So yes, I did inflict upon myself. I didn't like myself, I was ashamed because I couldn't cope with the pressures."

What Meghan just said about her mental state whilst being in the RF is exactly what Princess Diana said MORE than 25 years ago & nothing has changed since!#HarryandMeghanonOprah #OprahMeghanHarry pic.twitter.com/sGiUyK86p9

Diana's struggles with life in the monarchy have been compared to that of Meghan Markle's. "I didn't want to be alive anymore," Markle said, tearing up in the explosive CBS Oprah Winfrey interview. "I was ashamed to admit it to Harry, but I knew if I didn't say it, I would do it. I just didn’t want to be alive anymore. It was clear, it was real, it was frightening, and it was a constant thought." Meghan also admitted that she couldn't get any help from "the institution" of the monarchy.

More than 25 years after Princess Diana broke her silence about life among the British royals, Meghan did the same. Their stories were remarkably similar. https://t.co/UwwPPcoRp0

The constant backlash from the British media was also taking a toll on Markle. Harry acknowledged that “What I was seeing was history repeating itself,” he said, adding, “When I’m talking about history repeating itself, I’m talking about my mother. When you can see something happening in the same kind of way, anybody would ask for help." He added, “I’m just really relieved and happy to be sitting here, talking to you with my wife by my side,” Harry told Oprah near the end of their interview. “I can’t begin to imagine what it must have been like for [Diana] going through this process by herself all those years ago. Because it has been unbelievably tough for the two of us, but at least we have each other.”