trending celebrity people lifestyle news animals
Princess Diana Left Son Harry The Money He Needed To Save His Family: "She Saw It Coming"

Princess Diana Left Son Harry The Money He Needed To Save His Family: "She Saw It Coming"

Prince Harry used the fund his mother left him to save his wife from the vitriol directed at her in England. 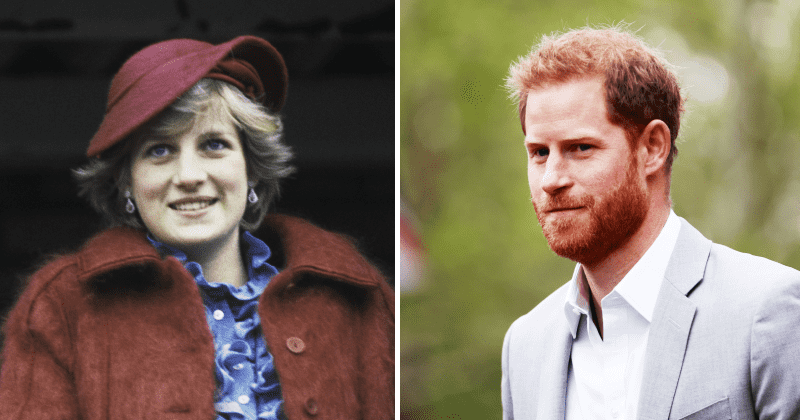 Trigger warning: This story contains themes of self-harm and suicide that some readers may find distressing

Prince Harry revealed that he would never have been able to leave the monarchy behind had it not been for the money his mother, Princess Diana, left him. Prince Harry found the royal household stifling and claimed that his brother and father are "trapped" within the system. It appears Princess Diana came through for her son even after her death, to help him leave the royal family and lead a life of his own. Harry also stated that his mother had anticipated this would happen, given the vitriol she herself had to endure as a member of the royal family which eventually culminated in her death. "I think she would feel very angry with how this has panned out and very sad, but ultimately, all she'd ever want is for us to be happy," said Harry, according to People.

In an explosive interview with Oprah Winfrey, Meghan Markle said that life as a royal was toxic to the point she considered taking her life. Markle, in particular, was hounded by the British press and the royal family failed to protect her, or even clarify facts, to stop the hateful vitriol from the media. As the couple bid farewell to the royal family, their access to funds and security was also cut. Considering the couple often got death threats, Prince Harry accessed funds that his mother left him to protect his own family. Princess Diana left him with $10-million USD, according to The Huffington Post. Harry opened up about it during the interview with Oprah. "I’ve got what my mom left me, and without that, we would not have been able to do this," said Harry. When asked what her mother would have thought about him leaving the royal family, he replied, "What my mum would think of this? I think she saw it coming. And I certainly felt her presence throughout this whole process," he said.

Prince Harry was particularly disturbed after watching his wife, Markle, face the same vitriol that cost his mother her life. Harry had grown up watching his mother being bullied and smeared by the British press. It was a major factor in Prince Harry deciding to move to the United States. Meghan followed in her mother-in-law's footsteps by opening up about her mental health struggle. "Maybe I was the first person ever to be in this family who ever had depression or was ever openly tearful. And obviously, that was daunting because if you’ve never seen it before, how do you support it?" said Diana in a bombshell interview with the BBC in 1995, reported to USA Today.

It’s so haunting that “the firm” treated Diana just like Meghan...and it’s the money Diana left to Harry that enabled them to escape. She’s still taking care of her baby from above. 🥺 #HarryandMeghanonOprah pic.twitter.com/B0ozTRUCFd

Meghan echoed similar thoughts when she revealed she was suicidal during her time in the royal family. "I was ashamed to admit it to Harry, but I knew if I didn't say it, I would do it. I just didn’t want to be alive anymore. It was clear, it was real, it was frightening, and it was a constant thought," said Markle. The Duchess of Sussex said she refused to stay silent when 'The Firm' was busy enabling the vitriol directed at her. "I don't know how they could expect that after all of this time we would still just be silent if there is an active role that The Firm is playing in perpetuating falsehoods about us. And if that comes with the risk of losing things – I mean, there's a lot that's been lost already," said Markle.

The money she saved for Harry is being used to protect her grandchildren. May we all have the foresight of Princess Diana. #HarryandMeghanonOprah #OprahMeghanHarry pic.twitter.com/AOzQyWiJqe

Prince Harry said he was happy to escape the vicious cycle of hate. "I'm just really relieved and happy to be sitting here, talking to you with my wife by my side because I can't begin to imagine what it must've been like for [my mother] going through this process by herself all those years ago," said Harry.

Harry: "Yeah, my family cut me off. And if it wasn't for the money that my mum left me, Meghan and I wouldn't have been able to do this and be on our own."

Even in death, Diana still has Harry's back. And that really is a beautiful thing. #HarryAndMeghanOnOprah pic.twitter.com/MJOSli91Bx

If you are having thoughts about taking your own life, or know of anyone who is, please contact The National Suicide Prevention Lifeline at 1-800-SUICIDE (784-2433)