Warren Buffet revealed this bit from a conversation he had with the late Princess in an interview with a channel, 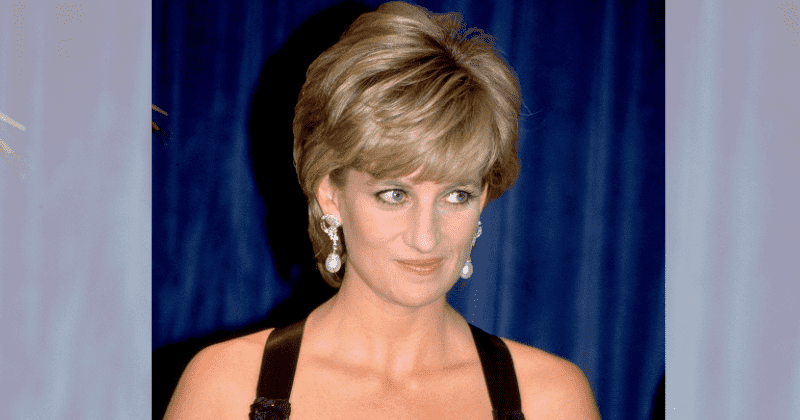 Princess Diana's life - while together with Prince Charles and after being estranged from him - has always been under much scrutiny from the media. In particular, her love life has been more intensely analyzed and written about. It's no wonder then that when billionaire Warren Buffet revealed what Diana thought of a former US President in a 2012 interview with CNBC, it became instant headlines.  Buffet met Diana a second time, just before her death in 1997, at a party. The two had an exchange in the course of which she revealed who she thought was "the sexiest man alive". Recalling the meeting during the interview, he said, "I was in a room alone one time with Princess Di at a party. Somehow we found ourselves in this library and I — in 15 minutes, I don't think I could take it. I had trouble remembering my name, I couldn't — I couldn't think of anything to say, and it was a total disaster."

In another interview, Buffet was asked about naming Diana and Jackie Kennedy as the most difficult people he had ever spoken to. Continuing his story of the party, he said, "I only met her one other time. It was a party at (Washington Post publisher) Kay Graham's house, which was where the first party was, and it was shortly before her death, very shortly before her death. And I was at the table, they put me across the table after my previous disaster. But she was sitting between Barry Diller and Teddy Forstmann". Diana was also romantically linked with Forstmann. Buffet added, "And after she died a few weeks later, all these papers called and said, 'What did she talk about that evening?' I didn't tell them, but I will tell you today that a comment she made, which was absolutely true, and I can see Barry and Teddy's faces as she said it."

Princess Diana Once Told Warren Buffett That This U.S. President Was the 'Sexiest Man Alive'​ https://t.co/7UeB5I1P71

Then Buffet finally named the man. "She had been at the White House that day and she said that Bill Clinton was the sexiest man alive. And I didn't ask her who the least sexy guy in the world alive was. I was afraid I might get my play in there. But Barry and Teddy, they tried to keep their faces steady as she made that proclamation. But that's the last thing I heard from her before she died," he said. According to PEOPLE, Diana met Bill Clinton on few other occasions - once time during his presidency and another time when she attended a fundraising event with the then-first lady, Hillary Clinton, in 1996.  Following her death in a car crash in Paris, Bill Clinton, who was then the president of The United States, expressed his sorrow and offered condolences in his official capacity.

"Hillary and I knew Princess Diana, and we were very fond of her. We are profoundly saddened by this tragic event. Our thoughts and prayers tonight are with her family, friends, and especially her children," he said. In phone transcripts between Bill Clinton and his then UK counterpart Tony Blair, the former further lamented Diana's passing away, reports Esquire. "I just feel so bad for her. She was basically getting a hold of her life," he said, referring to the time when she had just divorced Prince Charles. Diana married Prince Charles in 1981 but separated 11 years later in 1992. They officially divorced in 1996. Following the separation, Diana was linked to a number of men. When she died in a car crash in Paris, she was with her alleged boyfriend, Dodi Fayed. The other casualties included the car's driver, Henri Paul.

Trevor Rees-Jones, the bodyguard, was also in the car. He was the lone survivor of the crash. He was hospitalized for two months.