The rare leatherback turtle, which is a vulnerable species, has been found nesting in numbers at the beaches in Florida and Thailand. 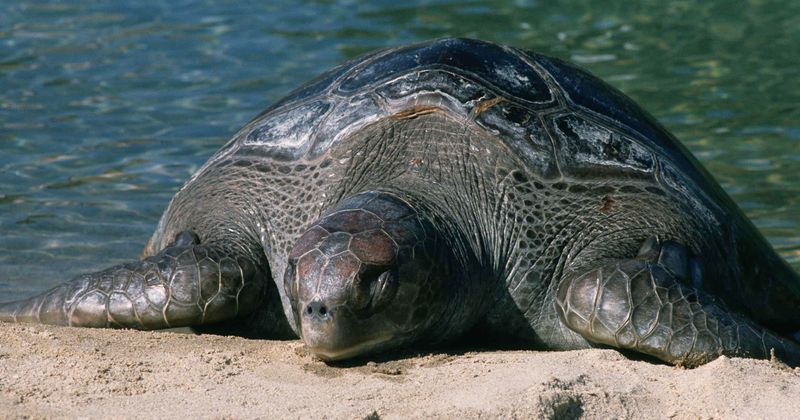 Now that travel and tourism have been halted all over the world, we find empty beaches making a huge difference to the animals. Many animals are quite skeptical of mass human gatherings and would rather remain hidden from sight unless they are in zoos or wildlife parks, of course. Among many species slowly creeping back into our vicinities due to the lack of traffic and human congregation, one particular creature, that has been around much longer than humans, is now being noticed in several beaches around the world.

The rare leatherback turtle, which is a vulnerable species has been found nesting in numbers all over beaches in Florida and Thailand. The number of turtles that have been noticed hasn't been this way for several decades, according to The Guardian. Experts said that this resurgence of the vulnerable leatherback turtles is closely linked to the empty beaches across the world due to the ongoing coronavirus pandemic.

Right down at Juno beach, Florida, staff from the Loggerhead Marinelife Centre said that they discovered up to 76 nests over a nearly 10-mile stretch of sand in the first two weeks of the season. This was noted as a significant increase from last year's season. Meanwhile, in Thailand, local environmentalists found the largest number of leatherback nests in two decades on beaches bereft of tourists.

“This is a very good sign for us because many areas for spawning have been destroyed by humans,” Kongkiat Kittiwatanawong, the director of the Phuket Marine Biological Centre, said of the 11 nests they found. This was interesting as no such nests had been seen for the previous five years. “If we compare to the year before, we didn't have this many spawn, because turtles have a high risk of getting killed by fishing gear and humans disturbing the beach," Kittiwatanawong added. Staff at the Loggerhead center in Juno Beach said leatherback numbers would be "coming in strong this year". "It's going to be a really good year for our leatherbacks," the center's research manager, Sarah Hirsch, told West Palm Beach News.

The Florida Fish and Wildlife conservation commission told the outlet that even the manatees along the coast are doing really well. As Loggerhead Marinelife Center said that they are still collecting data to see how much this pandemic will affect sea life they made their inquiry well into the end of the season on October 31 and they were quite optimistic about it. "We’re excited to see our turtles thrive in this environment," shared Hirsch, "Our world has changed, but these turtles have been doing this for millions of years and it’s just reassuring and gives us hope that the world is still going on."

The rare leatherback turtles are the world's largest sea turtles. The species is considered endangered in Thailand and is listed as a vulnerable species globally by the International Union for Conservation of Nature. These animals like to lay their eggs after the mating season in dark and quiet areas. These are places which are typically bereft of tourists as most beaches around the world have become hotspots for mass human gatherings.

Kongkiat Kittiwatanawong, the director of the Phuket Marine Biological Centre. said that: “This is a very good sign for us because many areas for spawning have been destroyed by humans,” he said. "No such nests had been found for the previous five years." “If we compare to the year before, we didn’t have this many spawn, because turtles have a high risk of getting killed by fishing gear and humans disturbing the beach.”