The statement put out by wildlife officials indicates they were killed late in 2019. 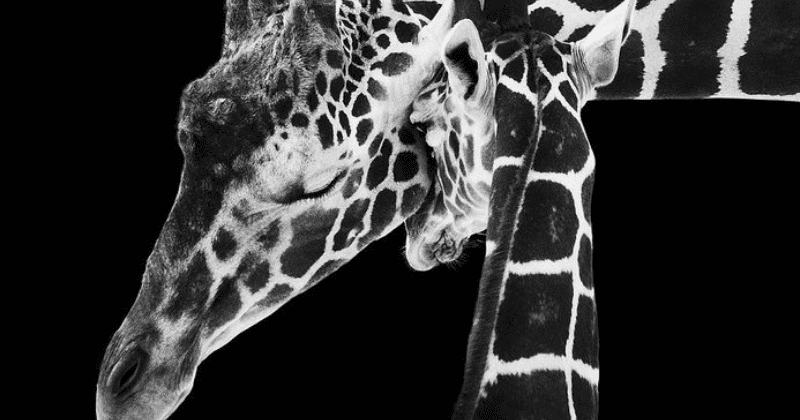 All-white giraffes are a rare breed in the animal kingdom. Kenya had three of them up until recently. However, there's only one remaining now. The heartbreaking news was confirmed by wildlife officials in a statement earlier this year which stated that a female and her seven-month-old were found in a skeletal state after being killed by armed poachers in Ijara, northeastern Kenya. They suspect the killing may have happened towards the end of 2019, reports National Geographic. The third white giraffe, the young male offspring of the dead female is still believed to be alive.

Kenya's only female white giraffe and her calf have been killed by poachers.

Their deaths leave just one remaining white giraffe alive in the world -- a lone malehttps://t.co/9vuTdbPw5B pic.twitter.com/hpvxYDdAoJ

Announcing the news was Mohammed Ahmednoor, manager of the Ishaqbini Hirola Community Conservancy, in a grief-ridden statement. “This is a very sad day for the community of Ijara and Kenya as a whole," he said. The animals caught the world's fancy after being spotted by rangers on patrol back in 2017 when the conservancy posted a video on Youtube. The video went viral instantly. People then commented that their new-found fame would put them at risk for poaching, and that's exactly what ended up happening, only two years later. The issue at large shows us how easy yet difficult it is to continue our connection with nature. On one hand, social media helps people experience the rare animals of the world from our living rooms, while on the other, it puts the very animals at an increased risk, threatening their lives. As rare and exclusive animals mean more business for the illegal wildlife trade, these unique animals stand to become the prime targets for poachers.

Kenya's only female white giraffe and her calf were killed by poachers - the rare animals are found nowhere else in the world https://t.co/cq1OZwRjWv pic.twitter.com/DrL92X5lzV

As to why the giraffes were white in color, they were said to have a genetic condition called leucism, which stops their skin cells from producing the pigments while allowing other organs to maintain their natural color. The condition is quite different from albinism as it stops skin cells from producing pigment in all organs. This, however, poses zero threat in terms of their genetics. Even though it is rarely heard of, a similar white giraffe calf was spotted a few years ago at Tanzania’s Tarangire National Park. Following the birth of a white giraffe in their refuge, the Park announced that it had taken steps to ensure the giraffe was safe from poachers. To date, Hirola had not announced any such security measures.

Poachers are one of the absolute lowest forms of human life.

The death of these animals is part of a worrying trend that has already seen the giraffe population decline by as much as 40 percent in the last thirty years, with their current numbers standing at less than 16,000, as per the International Union for Conservation of Nature (IUCN). Giraffe poaching has been occurring due to a number of reasons including for their bones, meat, hides, and tails. It is a bit of a regular occurrence in Africa. With the population only expanding to wildlands, giraffes have been killed in droves due to crop damage and vehicle accidents.

The deadliest virus on the face of the earth are such humans! Somehow their dna has downgraded to the lowest low!

People on social media were quick to express their anger and disgust at the terrible human beings who perpetrate such heinous crimes. In a Youtube video coverage of the news, people left a variety of comments. B P wrote: You've got to be pretty evil to shoot a giraffe. There's nothing sportsmanlike about it. Ngatha 7322 added their frustration with a question many others seemed to concur with. Why aren't there poachers who hunts poachers? So that I can watch their news on the internet. William Gitau wrote a comment soaked in sadness: One of the most beautiful animals on earth, now gone forever. Robert Prime added: May coronavirus exact prolonged and painful revenge on those culprits to the third generation.