'RHOC' Star Braunwyn Windham-Burke Comes Out As Gay, But Will Remain Married To Her Husband

The 42-year-old does not plan to divorce her husband of 20 years, Sean Burke. 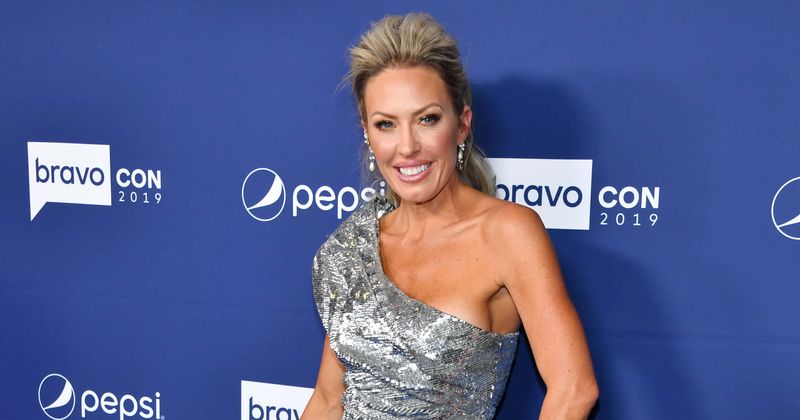 After 42 years, Braunwyn Windham-Burke has come out as a lesbian. The Real Housewives of Orange County star opened up recently to GLAAD, reports ET. "I like women. I'm gay," she said. "I'm a member of the LGBTQ+ community. It has taken me 42 years to say that but I am so proud of where I am right now. I'm so happy where I am. To be able to be comfortable in my own skin after so long is just so nice." Braunwyn added, "I'm just now starting to feel like I'm becoming the woman I'm supposed to be. I've always known it, but it took me, personally, 42 years to be comfortable in my own skin to say that."

RHOC star Braunwyn Windham-Burke comes out as a lesbian and 'plans on staying married' to husband https://t.co/bfllPXZTqV https://t.co/HxWFe6l0KF pic.twitter.com/oL2c2NgB52

She does not plan to divorce her husband of 20 years,  Sean Burke. The pair share seven children together, Hazel, 2, Koa, 4, twins Caden and Curran, 7, Jacob, 15, Rowan, 18, and Bella, 20."I love Sean. I love him dearly, he is my person, he is my family," Braunwyn shared. "But I'm not attracted to men and I never have been. We are in unchartered territories. Sean and I are still married, I plan on staying married. We are not sleeping in the same bedroom right now, but we are in the same house. We are raising our kids together, he's my best friend. He knows the girl I'm dating."

You make a beautiful couple! Love between any 2 people is beautiful! ❤👭

"I met someone that I was interested in pursuing a relationship with," she said. "It became something that I didn't want to hide anymore and I didn't want to keep secret anymore."
The reality star even says her girlfriend spends time with her husband and kids. "It's only as weird as you make it," she said, noting that her children weren't "shocked at all" when she came out to them. "I don't know how we are making it all work right now, but we are."

When Braunwyn kissed her RHOC co-star, Tamra Judge, she knew it was time to come to terms with her sexuality. "I had a scene with Tamra that everyone kind of talked about," she recalled. "When we were getting ready for the reunion I was talking to a producer that I trust a lot, his name was James, and he said, 'How do you feel about this? Was it a drunken mistake or is this a part of who you are?' And I said, 'This is who I am.'" Braunwyn continued, "When I went to the reunion last year I kind of started baby-stepping into, 'This is who I am. I like women.' I was testing the waters with my friends, my cast, my family." Her husband Sean is in full support of his wife. According to Page Six, he captioned a photo of the couple  “I love you. I’m proud of you. And I support you. Always” on Instagram. The two reportedly also renewed their vows on a recent episode of the Bravo series. Vulture reports that her announcement, Windham-Burke becomes the first out, gay housewife on the show.

The couple had briefly lived separately for a while. According to PEOPLE, at the time Braunwyn Windham-Burke said, "I love him dearly. We haven’t gotten along this well in a long time. We’re redefining what marriage means to us. Not following the old, antiquated rules anymore. We're finding a new normal. We're renegotiating the terms of the contract when it comes to our marriage, for sure," added Windham-Burke. "We are [and] we will be married forever. We have 100 percent faith we are going to raise our kids and grandkids together. That being said, do we have to fall into the social norms that everyone else does? No," she continued. "We're doing it our own way. Like I said, [it's a] modern marriage." She added, "We had to have some really hard talks, don't get me wrong. This has not been easy. We've definitely had hard times. So for us sometimes [we] can blow everything up to patch it back together."