Oscar-nominee Jake Gyllenhaal is in talks of starring in the upcoming remake of the classic action theatrical movie. 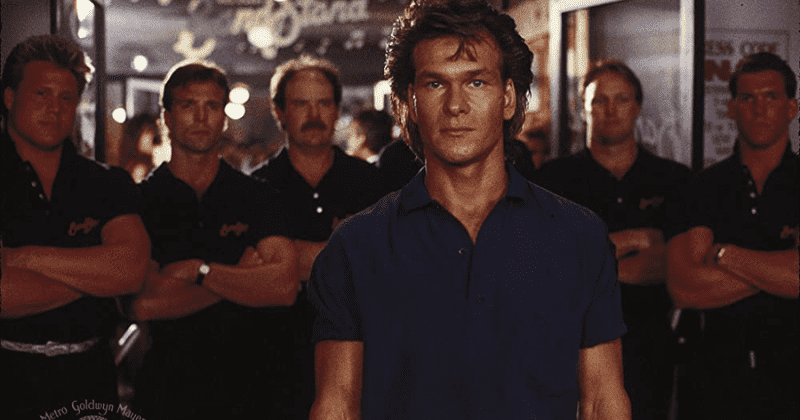 The infamous Double Deuce bar may be reopening its doors soon as MGM announced that it will be developing a remake of Road House. It's been over 30 years since the 1989 classic action theatrical movie was released and it's only natural for fans to wonder who would be cast in the lead role of James Dalton, a professional bouncer tasked with cleaning up one of the loudest and rowdiest bars in Missouri. According to Deadline, Oscar-nominee Jake Gyllenhaal is currently in discussions to get bag leading role. Meanwhile, filmmaker Doug Liman, who produced The Bourne Identity, is gravitating towards directing the new remake.

There's no information as to when this remake would go into production as Gyllenhaal is preparing to shoot Guy Ritchie’s The Interpreter and Liman is currently prepping his upcoming movie Everest which is based on a true story of a storm on the mountain in 1996. That being said, sources have revealed executives at MGM are looking for writers to rewrite a previous draft - which was co-written by Anthony Bagarozzi & Charles Mondry - and to take it up as a high-priority project.

Directed by Rowdy Herrington, the original film starred late actor Patrick Swayze as Dalton who was hired to bring order at The Double Deuce. Swayze's character is put to test when he is required to protect the town from a corrupt businessman. The movie was an instant hit among the audience and still continues to be a favorite role among fans of the Swayze. MGM has been planning the reboot for quite some time now and has come up with many ideas for it. They initially planned to cast Ronda Rousey in the lead role however, the idea was ultimately shelved.

It's unclear whether the remake would be a straight remake or if it would be a modern take on the classic. Also, it's not known if Gyllenhaal will appear in the role of Dalton or play a completely new character in the (revised) script. As for Liman, he has a track record of high-speed action and thrilling movies which coupled with his innovative style and rich stories produces an interesting product that is extremely fun to watch. So, we can expect great things from the film whenever it is released.

MGM is ramping up speed on its remake of #RoadHouse with Jake Gyllenhaal in talks to star and director Doug Liman circling the project. https://t.co/1G47thv0X2

For years, Gyllenhaal has proven himself to be a versatile actor and this film will give him another fun role to expand his acting prowess. He remains one of the busiest actors in the industry today, with his Netflix thriller The Guilty winning glowing reviews from the audience. The film premiered at the Toronto Film Festival and earned strong praise for Gyllenhaal's exceptional performance in it. The 40-year-old also earned Tony Awards nominations for Lead Actor for his work on Sea Wall/A Life as well as two producing nominations, one for Sea Wall/A Life and another for Slave Play. His upcoming movie is Ambulance an action thriller directed by Bay. The first look of the movie was released in August at CinemaCon and left the audience in awe. It is set to release in 2022.