Williams also quietly raised $80 million for the homeless with fellow comedians through a non-profit. 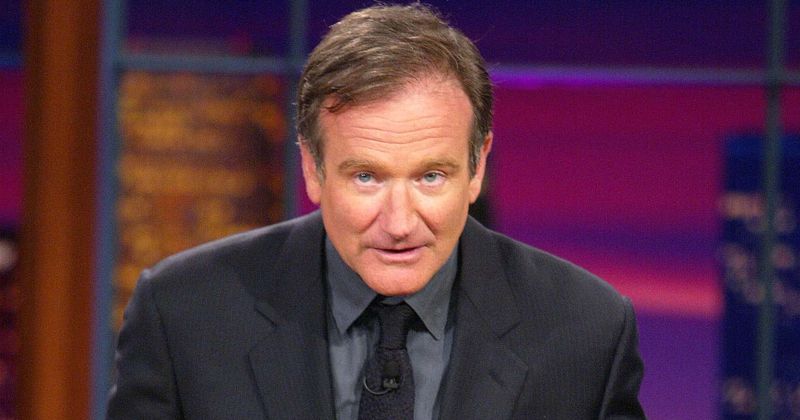 It's been seven years since Robin Williams died by suicide but his stories of generosity and humanity continue to inspire us all. One social cause that Williams deeply cared about was the well being of the homeless. Williams and a few of his comedian friends had raised $80 million through their work in the non-profit, Comic Relief USA since the 1980s. The Good Morning, Vietnam actor also had a demand if anyone wanted to sign him - they needed to employ the homeless first. This was recently known when a fan wrote about trying to contact Williams for an event and got hold of his terms and conditions. While the fan was not able to sign the late actor, it gave him a peek into his generosity. The fan named Brian Lord wrote he was not only touched but saw Williams in a completely different way after that.

"I couldn’t watch a movie of his afterward without thinking of it," wrote Lord in his blog. The fan said he had inquired about the actor's availability for an event years ago with Williams' office and got a list of riders. Lord said, "it was unlike anything he had ever seen before." It seems Lord knew a thing or two about riders. About the weird and strange demands that people and especially celebrities make for their services. He wrote, "You can learn a lot about a person from their rider. This is where rocks bands list their requirement for green M&Ms. This is also where a famous environmentalist requires a large gas-guzzling private jet to fly to the event city, but then requires an electric or hybrid car to take said environmentalist to the event venue when in view of the public."

But Williams' riders did not have the usual demands normally associated with a Hollywood star. "When I got Robin Williams’ rider, I was very surprised by what I found. He actually had a requirement that for every single event or film he did, the company hiring him also had to hire a certain number of homeless people and put them to work," wrote Lord. He added, "I never watched a Robin Williams movie the same way after that. I’m sure that on his own time and with his own money, he was working with these people in need, but he’d also decided to use his clout as an entertainer to make sure that production companies and event planners also learned the value of giving people a chance to work their way back."

Lord pondered if these noble practices and ideals of the actor inspired the organizations and production houses who hired him, in their other projects. "I wonder how many production companies continued the practice into their next non-Robin Williams project, as well as how many people got a chance at a job and the pride of earning an income, even temporarily, from his actions. He was a great multiplier of his impact.  Let’s hope that impact lives on without him," wrote Lord. Stories of Williams' generosity in day-to-day settings are not new. One of the most popular ones was shared on Reddit. The OP wrote about his father meeting Williams in a coffee shop following a family tragedy. The person wrote, "17 years ago, my Dad's dad killed my grandma and then himself in a drunken rage. We held a massive service at the church my dad's mom attended in San Francisco."

Following the funeral service, the Redditor's dad, and other family members went to a coffee shop for a quick bite and found Williams there. He wrote, "He noticed our well dressed, solemn-looking crew walk in, and pretty quickly after we sat down to eat the delicious treats, he came walking over...He ended up joining my family at our table and he just started making pleasant conversation, which quickly turned into him making my parents smile, and soon after he had us all laughing. I couldn't tell you what they laughed about, but I remember seeing my parents laugh and smile for the first time in weeks. My dad remembered that so fondly. He always said it was exactly what he had needed in that time, and that he appreciated the way Robin Williams went about it."