Singer-rapper Lil Nas X, who released these shoes, said: "People already demonize who I am. So you know what? I'll be that and I'm gonna make the best of it" 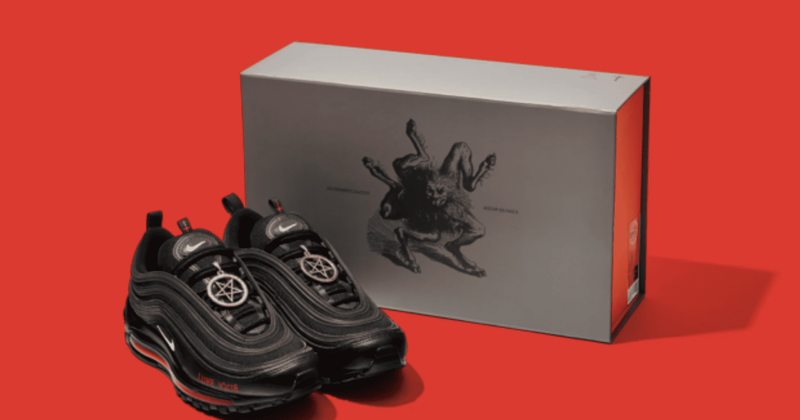 Lil Nas X has just premiered the most devilish shoes ever and it's by far the most popular releases in recent years. The novelty factor of the shoe may come as a surprise - it contains human blood. The 21-year-old singer-rapper released the shoe through a collaboration with MSCHF, an art collective, on Monday. These shoes are said to be a modified batch of unofficial Nike Air Max 97, and are being called "Satan Shoes". According to PEOPLE, the shoe launch was tied to the release of his new song "Montero (Call Me by Your Name)" and its controversial music video. Colored in black-and-red, the sneakers have a pentagon charm, a small text reading LUKE 10:18 and a stamp showing the shoe's number is in the collection. The real controversy, however, began after news came out that the shoes contained a drop of real human blood. It was confirmed by an MSCHF spokesperson to CNN. The blood is said to have belonged to a member of the singer's team.

The artist sold 666 pairs of sneakers at a handsome price of $1,018. Despite the exorbitant price, they reportedly sold out in less than a minute. However, the final pair of the Satan Shoes can still be bought by fans by entering a lottery taking place on the official website on Thursday. The singer appeared on a Complex interview on Monday with sneakerhead Joe La Puma where he called the collaboration with MSCHF "a full-circle moment" as the Satan Shoes were "already kind of in the works" after the "Jesus Shoes" with holy water soared in popularity in 2019. The Old Town Road singer said: "Some people are gonna be mad or whatever. People already demonize who I am. So you know what? I'll take that. I'll be that and I'm gonna make the best of it."

Lil Nas X has since received backlash both for shoes as well as the music video which is said to be filled with Biblical references. Responding to critics, he tweeted out a strongly worded message. "I spent my entire teenage years hating myself because of the s**t y'all preached would happen to me because i was gay," he wrote. "So i hope u are mad, stay mad, feel the same anger you teach us to have towards ourselves." In the music video, the Grammy winner slides down to hell and gives a lap dance to the devil in leather and thigh-high stilettos. Nike, which wasn't in the loop over the design of the shoe, has sued the collective for "copyright infringement" over the Satan Shoes. According to CNN, the lawsuit filed on Monday accuses MSCHF Product Studio Inc of trademark infringement over the designer's 666 pairs of modified Nike sneakers.

The shoemaker has asked a judge to pass a verdict to permanently block the sale of the shoes. "MSCHF and its unauthorized Satan Shoes are likely to cause confusion and dilution and create an erroneous association between MSCHF's products and Nike," Nike said in its complaint. "In the short time since the announcement of the Satan Shoes, Nike has suffered significant harm to its goodwill, including among consumers who believe that Nike is endorsing satanism." In its attempts to do damage control, the sportswear manufacturer has also issued statements to various media outlets claiming it does "not have a relationship with Lil Nas or MSCHF" and that "Nike did not design or release these shoes and we do not endorse them."

Nike sued MSCHF Product Studio over their ‘Satan Shoes,’ a pair of Nike Air Max 97 sneakers that contains 'one drop of human blood,' made in collaboration with @LilNasX https://t.co/kv5GGglN9J pic.twitter.com/80V8BsnDT4