He is presently at a hospital in Florida undergoing treatment 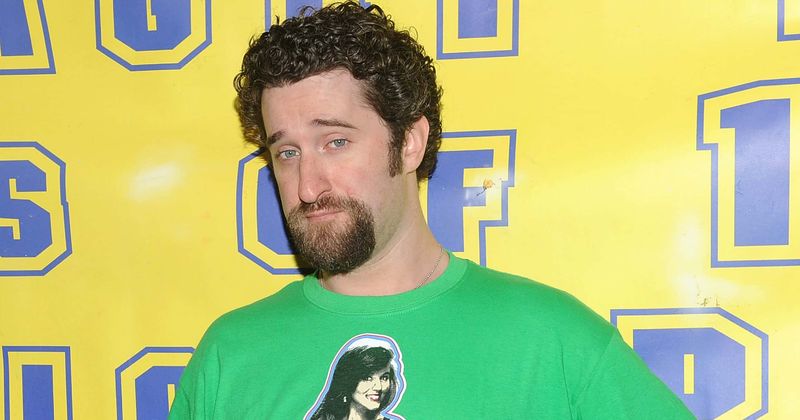 Dustin Diamond, 44, one of the stars of the popular '90s sitcom, Saved By The Bell has been diagnosed with stage 4 cancer. A representative of the actor told EW he has been taken to a hospital in Florida. The actor played Samuel 'Screech' Powers, a geeky teen, in the original sitcom that aired between 1989 to 1993. According to IMDb, the show revolved around "a close-knit group of six friends get through their teens together while attending Bayside High School in Palisades, California." However, he was not a part of the series revival which starred the other original cast members.

Diamond's representative said a formal diagnosis was made and called the actor's condition "serious." He confirmed that the actor was undergoing tests and would remain at the hospital "for a while."  "He's undergoing chemo so he will be there at least another week and then we will figure out when he gets to come home. By next week, we'll have a much better understanding of the severity of his condition and what treatments he will need so that he's comfortable," the rep added.

The rep shared that Diamond is feeling "fine" today, although that was not the case earlier when he was admitted to the hospital. He said, "He was fading in and out, feeling sleepy and tired. On top of all this he also has shingles, so he's been in a lot of pain.  Another spokesperson of the actor told EW that Diamond's experienced "a huge lump on his throat."

Mario Lopez, Diamond's co-star on the show, shared a picture of both of them together on Instagram. He captioned it thus: I connected with Dustin earlier this evening and although the news of his diagnosis is heartbreaking, we remain positive that he’ll overcome this. Praying for him & his family and for a speedy recovery. God Bless.

The reboot of the show was for the NBC Universal streaming platform, Peacock, and was announced last year. While most of the original cast returned for the role, Diamond decided to stay away. Elizabeth Berkley who essays Jessie Spano in the original show and is also part of the reboot spoke of Diamond's absence in an interview reports TODAY. She said, "So, I don’t know if he will make an appearance. We’ll see if there’s another season. Maybe it’s something to explore, and I haven’t talked to him in a long time," adding that there was "no bad blood" between them.

She continued, "Honestly, since I think we finished the show is the last time I actually spoke to him, but not because of anything bad. I mean, he was always nice to me and he’s had his journey, but really I’ve kept more in touch with Mark-Paul (Gosselaar), Tiffani (Thiessen), Mario (Lopez), and then, from time to time, Lark (Voorhies)." After his departure from the show, things haven't been going too well for Diamond reports NBC. He filed for bankruptcy in 2001, he stabbed a patron at a Wisconsin bar with a switchblade following which he was arrested and convicted. He was sentenced to four months but was released a month earlier on good behavior.

In the reboot, A.C. Slater (Mario Lopez) returned as a gym teacher to Bayside school while Jessie (Elizabeth Berkley) is a mom to the captain of the school's football team.  Mark-Paul Gosselaar, who played popular kid Zack Morris, returns as the governor of California.