The artificial eye holds about 460 million nanosize sensors per square centimeter compared to the estimated 10 million cells in the human retina. 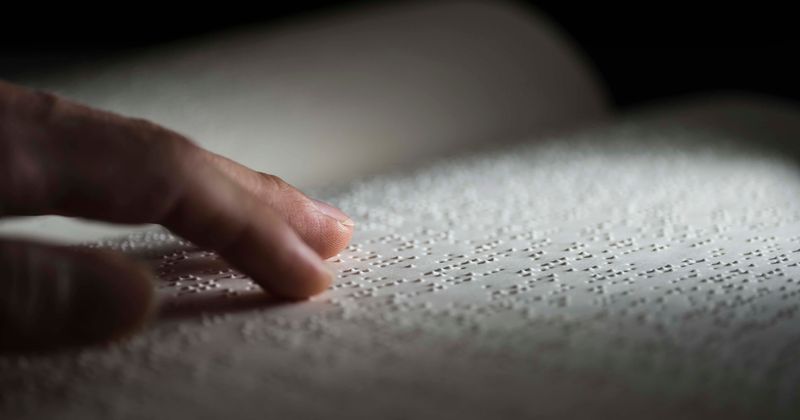 The world we get to see is a privilege. Even the fact that you get to read this with your eyes is often a gift that you may have taken for granted. With the advancement of science, we are at the point where a team of robotics engineers has managed to develop a bionic eye that is just as sensitive as a real eye. This paper that was authored by engineers from Hong Kong and America, was published in Nature Research Journal. This development holds the potential to be able to restore sight to an estimated 285 million blind people in the world.

In the abstract of the paper, the 11 authors have stated, "The device design has a high degree of structural similarity to a human eye with the potential to achieve high imaging resolution when individual nanowires are electrically addressed." They continued and wrote, "Additionally, we demonstrate the image-sensing function of our biomimetic device by reconstructing the optical patterns projected onto the device," and added, "This work may lead to biomimetic photo-sensing devices that could find use in a wide spectrum of technological applications." They have worked around the problem of the "spherical shape and the retina of the biological eye" that posed a major drawback to the development of the bionic eye.

The real human eye has exceptional image-sensing characteristics that works much like a camera and includes having an "extremely wide field of view, high resolution, as well as sensitivity with low aberration." Being able to replicate this with a bionic eye would mean a huge win in terms of human prosthetic implants as well as in the field of robotics. Overcoming some of the major obstacles the engineers have managed to come up with the EC-EYE, which is short for ElectroChemical EYE. This eye comes "with a hemispherical retina made of a high-density array of nanowires mimicking the photoreceptors on a human retina."

According to Good News Network, the advanced artificial eye is likely to be available in the next five years or so. Inspired by the human retina, which happens to be one of the most sensitive tissues we possess, the new bionic eye will be able to allow those who are visually impaired to see again or see for the first time. Replicating the retina are nanowires, that are even more sensitive. Science Alert reports that they are so sensitive that they could surpass the optical wavelength range of the human eye. This would allow the bionic eye to respond to 800-nanometer wavelengths, the threshold between visual light and infrared radiation.

"A human user of the artificial eye will gain night vision capability," researcher Zhiyong Fan, at the Hong Kong University of Science and Technology said. He added, "WeBionic Eye, As Sensitive as The Human Retina, May Give Sight to Millions have not demonstrated the full potential in terms of resolution at this moment," promising that eventually "a user of our artificial eye will be able to see smaller objects and further distance." The artificial retina can hold about 460 million nanosize sensors per square centimeter compared to the estimated 10 million cells in the human retina. This means the sight from these artificial eyes will be far superior to anything we know.

Bionic Eye that Works Like the Real One https://t.co/kmcwvjRDL3 pic.twitter.com/mPLG8hW6ER

Animal and clinical trials are also being planned, reports Daily Mail. "We hope to further improve our device in terms of bio-compatibility, stability, and performance," said Professor Fan. "I think if everything is on track, perhaps in five years the technology will become practical." He added, "We can spend a couple more years to further improve the response speed and stability. Then it will be able to work for some humanoid robots." He expressed his concern about artificial intelligence (AI) making rapid progress and said, "On one hand, the idea of building a new and powerful species is tantalizing. On the other hand, I do worry one day, AI and robots will gain self-consciousness and become our opponents."

Researchers have created a bionic eye that could surpass the sensitivity of a human#healthcare #technology #societyhttps://t.co/FznztGdFkd