The incident occurred in October 2017 with a medical expert arguing that the baby suffered severe blunt force trauma and injuries to the head. 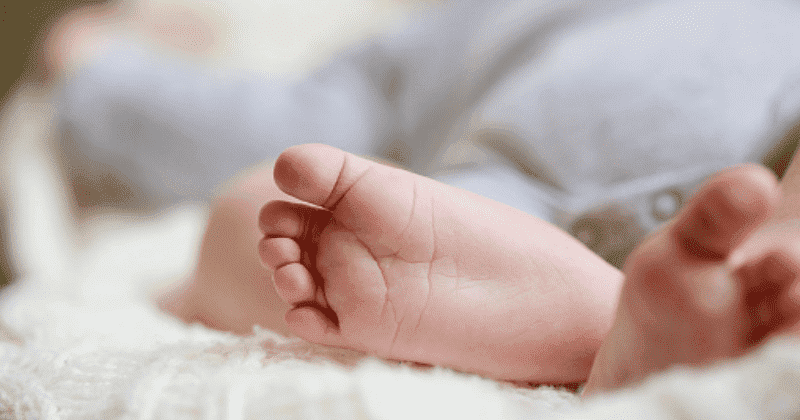 Trigger Warning: This story contains details of infant abuse and death some readers may find disturbing.

A trial into a gruesome murder has revealed that a father allegedly left injuries that looked like a road traffic accident on his seven-week-old baby. Brian Penn, 30, is standing trial for allegedly killing his son Kaleb at a house in Ayr, South Ayrshire on November 1, 2017, after the baby was diagnosed with having a skull fracture, a serious brain injury, and a bleed in the brain. Presenting the case in front of a High Court jury in Glasgow, prosecutors argued that blood was found on the baby's spinal cord and it was impossible that he was dropped from a small height, The Daily Mail reports.

Prosecutors went on to claim that Penn repeatedly inflicted blunt force trauma on Kaleb using unknown means before adding that he compressed and shook him violently. The boy reportedly died at the Royal Hospital for Children in Glasgow two days after the incident. Penn is likely to be convicted on separate charges including one filed earlier where he attempted to murder the baby at the same house between October 13 and October 31 in 2017. He, however, has denied the allegations and has pleaded his innocence. News reports suggest that Colin Smith, a consultant neuropathologist professor, who examined Kaleb's body upon his death, shared his findings in front of a judge. In his testimony, Smith revealed that the baby had suffered from "classical trauma". Not knowing what it meant, prosecutor Erin Campbell asked him to elaborate, which Smith complied with.

"The events can be bumps to the head which is low level or a road traffic incident and moving at speed has high-velocity trauma," he explained. Looking to make the situation clear to the judge and judge Campbell asked a follow-up question: "You described a car accident, could it be a blunt force injury to the head this trauma?" Smith answered: "You can see them, but I don't see them in a simple fall. I don't see the injury in that setting. It's only seen in a setting of severe trauma, this is a fall from a height or road traffic incident." When asked what other unusual things he found during his examination, Smith shared: "I saw an area of softening to the right side above the ear which was hitting towards the back of the brain. I described this as soft tissue extending back. This area of the brain appeared to be damaged above the ear extending backward. The likely explanation was the fracture was damaging underlying brain tissue."

Smith added that this led to the brain swelling up. He then explained that there were signs of blood on the brain as well as the spinal cord before adding that there was evidence of previous bleeding at least seven to 10 days before Kaleb's death. Campbell then stated: "We may hear evidence that three weeks before his death, he may have been dropped from about 12 inches to the ground," and questioned if a fall could cause such injuries to the brain. Smith said: "It is possible but not improbable." Campbell followed up: "Would it be clear the level of brain injury you identified, in this case, would have led Kaleb to be unresponsive?" and Smith responded that it was likely in his "opinion." The trial is still continuing before Lord Weir, and Penn is likely to face more than a decade behind bars if convicted of contributing to his son's death.