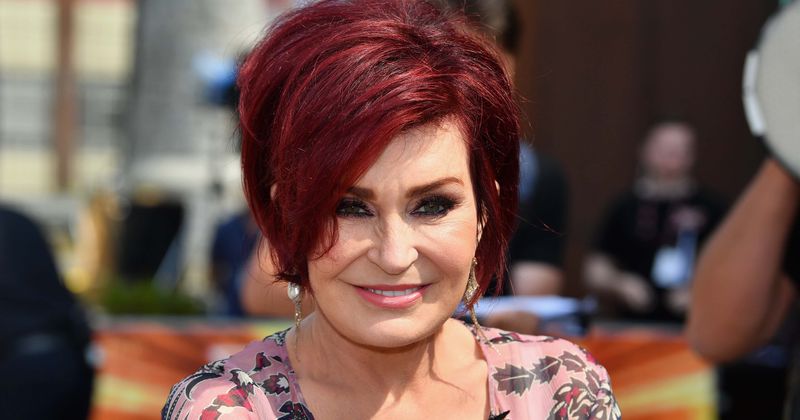 TV Network CBS announced on Friday that Sharon Osbourne has decided to quit the show. Things got heated on the March 10 episode of the talk show. Osbourne has been defending her friend Piers Morgan against claims of his coverage of Meghan Markle which many said was rooted in racism. Co-host Sheryl Underwood accused Osbourne of giving "validation" to "racist" views. Osbourne was also accused of using racist language to describe one of her former colleagues on the show.

Journalist Yashar Ali published a report in his Substack newsletter, where he alleged that Osbourne had habitually referred to certain co-hosts using racist and offensive names. Ali also cited "multiple sources, including former co-host Leah Remini who confirmed that Osbourne often called Julie Chen — who appeared on The Talk from 2010 to 2018, and who is Chinese American — “wonton” and “slanty eyes,” reported The Cut. Ali's 11 sources also claimed that Osbourne called her former executive producer and co-host Sara Gilbert, who is lesbian, “pussy licker” and “fish eater.”

The network then took the show off the air while it carried out an investigation, reports BBC. In a statement, CBS said the events of the 10 March episode "were upsetting to everyone involved, including the audience watching at home". CBS also acknowledged the network, studio teams, and producers were "accountable for what happened during that broadcast" because "it was clear the co-hosts were not properly prepared by the staff for a complex and sensitive discussion involving race".

The full statement reads: Sharon Osbourne has decided to leave The Talk. The events of the March 10 broadcast were upsetting to everyone involved, including the audience watching at home. As part of our review, we concluded that Sharon’s behavior toward her co-hosts during the March 10 episode did not align with our values for a respectful workplace. We also did not find any evidence that CBS executives orchestrated the discussion or blindsided any of the hosts. At the same time, we acknowledge the network and studio teams, as well as the showrunners, are accountable for what happened during that broadcast as it was clear the co-hosts were not properly prepared by the staff for a complex and sensitive discussion involving race. During this week’s hiatus, we are coordinating workshops, listening sessions and training about equity, inclusion and cultural awareness for the hosts, producers and crew. Going forward, we are identifying plans to enhance the producing staff and producing procedures to better serve the hosts, the production and, ultimately, our viewers.

Piers Morgan reacts to Sharon Osborne being ousted from “The Talk,” calls it “an absolute disgrace” https://t.co/ddk3Cu6dlI pic.twitter.com/hGFyADDLBR

After Meghan and Harry's explosive interview with Oprah Winfrey, Morgan told viewers on the Good Morning Britain breakfast show he "didn't believe a word" Meghan had said. The Duchess had revealed that life as a royal affected her mentally and she even contemplated suicide. 68-year-old Osbourne was one of the first to support Morgan, arguing he had the right to express his own opinion. Morgan’s outspoken comments eventually led to his exit from his own stint on Good Morning Britain.

Justice has been served.

In support of Morgan, Osbourne tweeted: @piersmorgan I am with you. I stand by you. People forget that you're paid for your opinion and that you're just speaking your truth. When Underwood spoke about the tweet in an episode of The Talk, Osbourne said, "I feel like I'm about to be put in the electric chair because I have a friend who many people think is racist, so that makes me a racist." Osbourne then challenged Underwood, who is Black, to explain where she had heard Morgan "say racist things". Underwood replied, "It is not the exact words of racism, it's the implication and the reaction to it." Osbourne later issued an apology, saying she had "felt blindsided" and had let her "fear and horror of being accused of being racist take over".

As per Variety, in a recent lengthy column in The Mail, Piers Morgan defended Sharon Osbourne. He wrote: It’s outrageous, but what’s happened to Sharon and me in the past fortnight isn’t really about Ms. Markle. She’s just one of many whiny, privileged, hypocritical celebrities who now cynically exploit victimhood to suppress free speech, value their own version of the truth above the actual truth, and seek to cancel anyone that deviates from their woke world view or who dares to challenge the veracity of their inflammatory statements. No, it’s about a far bigger issue than one delusional Duchess, and that’s everyone’s right to be free to express our honestly held opinions, forcefully and passionately if we feel like it.

*NEW COLUMN*
I'm not a racist & neither is Sharon Osbourne but that didn't stop the woke mob lynching her just for defending me in a shocking episode that shames the Cowardly Broadcasting Network & should horrify anyone who values free speech.https://t.co/8TIP35RmIq pic.twitter.com/6KbYqzyuM2