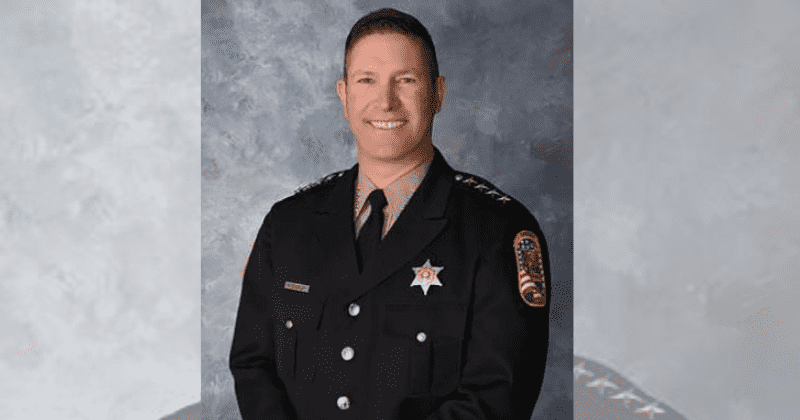 The Black Lives Matter movement has been such a divisive issue that people from opposite sides of the spectrum can barely see eye to eye or even hold a simple conversation on the matter because of its explosive nature. There are plenty of examples of this manifesting in real life such as this particular story from Douglas County, Nevada where libraries who planned to adopt a 'Black Lives Matter' stance were told by the Sheriff to not call 911 during emergencies, reports CNN. Daniel J Coverly, the Sheriff, reportedly sent a letter on Monday to the board of trustees of the public library and told the members to not call the police for emergencies anymore.

The public library in Douglas County, Nevada (Black pop. 1%) wanted to make sure "everyone is welcome" and proposed a diversity statement that said #BlackLivesMatter. But Sheriff Daniel Coverley said he would no longer respond to 911 calls at the library.https://t.co/TiPeNN7TEL

"Due to your support of Black Lives Matter and the obvious lack of support or trust with the Douglas County Sheriff's Office, please do not feel the need to call 911 for help," read an excerpt from the letter available on the department's official website. "I wish you good luck with disturbances and lewd behavior since those are just some of the recent calls my office has assisted you with in the past." Coverley also pointed out that his office is the "only local law-enforcement agency in Douglas County and it is the men and women of DCSO that keep you safe." He even went on to criticize the Black Lives Matter movement that has engulfed the country after the death of George Floyd back in May.

This is Douglas County, Nevada Dan Coverley Sheriff @DouglasSheriff who told the library IN WRITING in an open letter(the balls on this fucking cracker seriously)he won't respond to their 911 calls if they support Black Lives Matter. Look how white he is. Fuck you Dan. pic.twitter.com/fb0ex8al8J

The sheriff's statement came after the library's proposed diversity statement which said that it "denounces all acts of violence, racism, and disregard for human rights. We support "BlackLivesMatter." Irked by their support of the BLM movement, the sheriff continued in his statement: "Numerous Black Lives Matter protests have resulted in violence, property damage, and the closing of local businesses, sometimes permanently," he wrote. "To support this movement is to support violence and to openly ask for it to happen in Douglas County."

Coverley's letter also stated that the death of George Floyd in May was "tragic and preventable," but then said, "data simply does not support claims that law enforcement is systemically racist or structurally biased." According to reports, the letter seemed to be a copy of another letter from June by 11 state attorneys general to congressional leaders in support of law enforcement.

Sheriff Coverley: “Due to your support of Black Lives Matter and the obvious lack of support or trust with the Douglas County Sheriff’s Office, please do not feel the need to call 911 for help. I wish you good luck with disturbances and lewd behavior.” https://t.co/wRhT4J9IFT

However, the sheriff's letter drew the ire of residents, which prompted the county officials to cancel a meeting where the board was set to vote on the statement. Per officials, Coverley met with the county's library director the next day to discuss the statement during which he said the back and forth was "an unfortunate circumstance of misunderstanding." The sheriff has further stressed his office will continue to respond to all calls at the library and said the letter was "rooted in my belief that these issues need to be openly discussed in a way that values diversity and law enforcement."

In a joint statement with the library on Tuesday, Coverly said: "I am passionate about and proud of the work the Sheriff's Office does for all members of this community. This has been a difficult time to be a law enforcement professional and can be disheartening when we perceive that our office may be under attack."

A Nevada library wanted to back Black Lives Matter. The sheriff said he wouldn’t respond to 911 calls there. https://t.co/uHqdAk19ee

While the library's mission statement showed support for BLM, it did not mention the cause's stance that law enforcement agencies need to be defunded to invest in community programs. "Everyone is welcome at the Douglas County Public Libraries," the proposed statement read. "The Douglas County Public Library denounces all acts of violence, racism, and disregard for human rights. We support #Black Lives Matter. We resolutely assert and believe that all forms of racism, hatred, inequality, and injustice don't belong in our society."

RIDICULOUS. your job is to protect the people and you’re proving the point that cops pick and choose who they help when that shouldn’t be the case at all. I’m disgusted and disappointed in NV and Sheriff Daniel Coverley. https://t.co/m7ygYOqydj