Sia Adopts Two Teenage Boys Who Were Aging Out Of Foster Care: 'I Love Them'

Both her sons are now 19 years old. 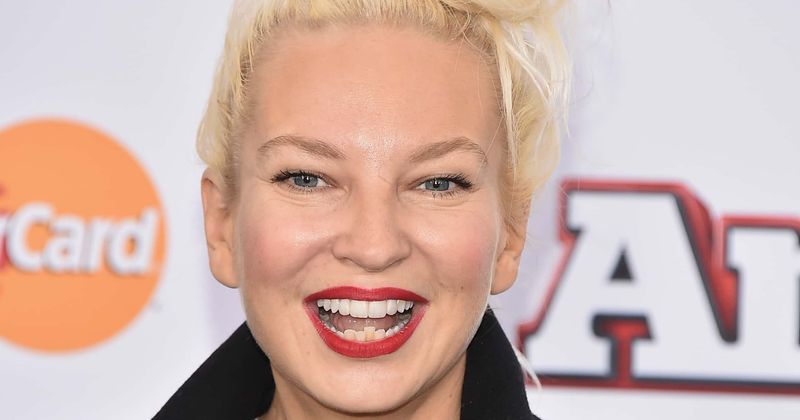 Sia is opening up about her life as a mom of two teenage boys! The "Together" singer, 44, confirmed that she welcomed two sons into her family last year, reports People. During an interview with SiriusXM's The Morning Mash Up on Tuesday, she shared that she adopted the teenage boys when they were leaving foster care due to their age. "I actually adopted two sons last year. They were both 18 — they’re both 19 years old now," she shared. "They were aging out of the foster care system. Yeah, and I love them." The two are now adjusting to self-quarantine. Sia explained that one of her sons has been having a slightly more difficult time than his sibling adjusting to life at home amid the pandemic.

"They are both finding it pretty difficult, one more so than the other. But they’re both doing things that are really good for them right now, that are really helpful. They’re really doing a lot of educational stuff that’s good for them," she said. Sia previously disclosed that she wanted to provide a home to a teen in need. The Grammy-nominated singer gave a shoutout on Twitter last year to 16-year-old Dasani. The teen was featured on the HBO documentary Foster. Sia wrote in a now-deleted tweet: Hey Dasani from ‘FOSTER’ on HBO! I’d like to adopt you. We’re just trying to find you and get my house check done etc. But I want you to know you will have a home with me.

The emotional film was released last year in early May in honor of National Foster Care Awareness. The documentary explores the “often-misunderstood world of foster care through compelling stories” from the Los Angeles County Department of Children and Family Services.  Dasani’s journey like many is heartwrenching to hear about. He witnessed the man he considered his father shoot and kill his mother at only 4 years old. Since then he has been in group homes. “Being in a group home, it’s like, lockdown. It’s like having a big chain attached to your leg,” Dasani says in the film. “You go, and if it don’t work out, you go somewhere completely different. You’re just bouncing from place to place to place to place,” Dasani shared. “You don’t know none of these people. It’s a whole new experience. It’s a whole new environment. Everything is different.”

According to E!Online, it's unclear if Dasani is one of the two foster kids that Sia adopted, but she later said in a January GQ interview that she had "adopted a son." The Australian singer may be raising the boys on her own, as she and her husband of two years separated in Dec. 2016. Sia has also said that her two sons will continue to be the main men in her life since she has "decided to be single for the rest of [her] life."

Just a few weeks before this announcement on Twitter, a man named Rick Devens was gifted $100,000 by Sia. He was a contestant on Survivor which Sia claims to be a superfan of. The pop star has given thousands of dollars to various contestants during recent seasons of the reality show, including in Survivor: David vs. Goliath, when she gave $14,000 to Davie Rickenbacker. Her extremely generous gifts have been dubbed "Sia Awards".

Devens, who came fourth on that season, said he was “floored” by the gift. According to Entertainment Weekly, he said,  “I was absolutely floored when it happened and I am still riding high from it,” he told the outlet. “Sia single-handedly took what was a very depressing night, watching my demise, and turned it around. My wife broke down in the front of the audience. She was going nuts." Devens also said he got to meet Sia after the reunion show, saying she was “so nice.” “I mean, obviously, I’ve got nothing bad to say about her,” Devens said. “She just made me feel like the greatest guy in the world. And, really, it was so great to meet her. And the fact that I mean, $100,000, for my family, that is a lot, and it is going to do a lot of things for my kids’ future, so I couldn’t be more grateful to Sia.”

'Survivor' Star Rick Devens Is Buying 'Every' Sia Album After Singer Gifts Him $100k in Finale (Exclusive) ET spoke with the 'Survivor' standout at Wednesday's season finale, where he dished on what comes next.