The aim of researchers was to open parents' eyes to the negative affects of corporal punishment. 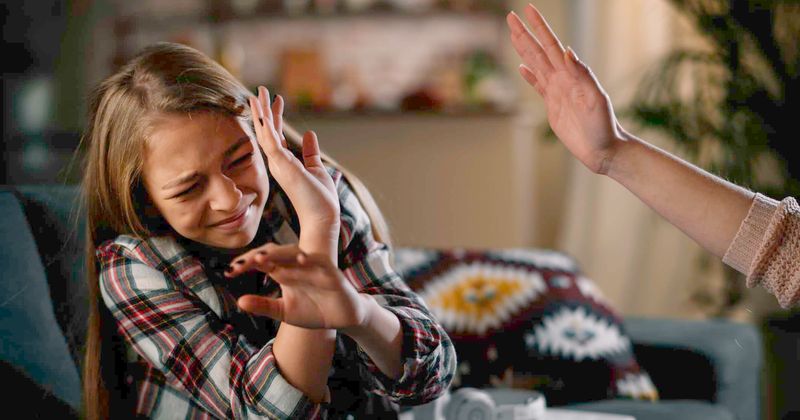 For parents, disciplining a child is a delicate balance of being firm without being too hard on them. But with kids, there's no saying when one can lose their cool. Parenting is probably one of the most difficult jobs in the world and spanking a kid to correct their behavior is considered acceptable in some parts of the world. But before anyone decides to raise their hands at their children, know that its effects can be the same as when they are subjected to severe abuse and violence. A recent study by researchers at Harvard has highlighted this. Katie A. McLaughlin, the John L. Loeb Associate Professor of the Social Sciences at the university and senior study researcher, told Harvard Gazette "...while we might not conceptualize corporal punishment to be a form of violence, in terms of how a child’s brain responds, it’s not all that different than abuse.”

A recent study by Harvard researchers stated that spanking may affect a child’s brain development in similar ways to more severe forms of violence. | via @philstarlifehttps://t.co/cEODbzHd1Z

She added, “It’s more a difference of degree than of type.” Researchers conducted the study on a large group of children between 3 and 11 years old. Of this, they particularly focused on 147 children around the ages of 10 and 11 who had been subjected to corporal punishment as a way of disciplining. These kids were then asked to undergo an MRI scan of their brains while watching images of actors making “fearful” and “neutral” faces. The scanner captured the children's brain activity when they saw the images. These pictures were then analyzed to determine whether the faces sparked different patterns of brain activity in children who were spanked as compared to those who were not. “In this study, we wanted to examine whether there was an impact of spanking at a neurobiological level, in terms of how the brain is developing," said McLaughlin.

I really feel like a lot of us that were or are on the fence about spanking, are there because we don't have or know any alternative tools or methods. We also don't get taught the basics of child development, so we put a lot of unfair expectations on children.

"We know that children whose families use corporal punishment are more likely to develop anxiety, depression, behavior problems, and other mental health problems, but many people don’t think about spanking as a form of violence," added McLaughlin who is also the director of the institute's Stress & Development Lab in the Department of Psychology. "On average, across the entire sample, fearful faces elicited greater activation than neutral faces in many regions throughout the brain … and children who were spanked demonstrated greater activation in multiple regions of PFC to fearful relative to neutral faces than children who were never spanked,” said the study that was published in the journal Child Development. It further highlighted that half of the parents in the US reported spanking their children last year.

Spanking and other forms of severe discipline — such as verbally berating or humiliating a child — have been repeatedly linked to behavioral, emotional, psychological and academic problems. @washingtonpost @CaitJGibson https://t.co/yUuXvQQ2KX

The study has, however, made it clear that the findings are not new and only confirms the findings in the existing literature. However, the researchers aim for their study to become the first step towards an interdisciplinary analysis of the harmful potentials that spanking has on children's development. "There were no regions of the brain where activation to fearful relative to neutral faces differed between children who were abused and children who were spanked," it added. Jorge Cuartas, a Ph.D. student in education at the Graduate School of Arts and Sciences and a study author, said, "These findings aligned with the predictions from other perspectives on the potential consequences of corporal punishment."