Disney claimed the decision was taken to ensure the company is more inclusive and the ride connects with diverse people. 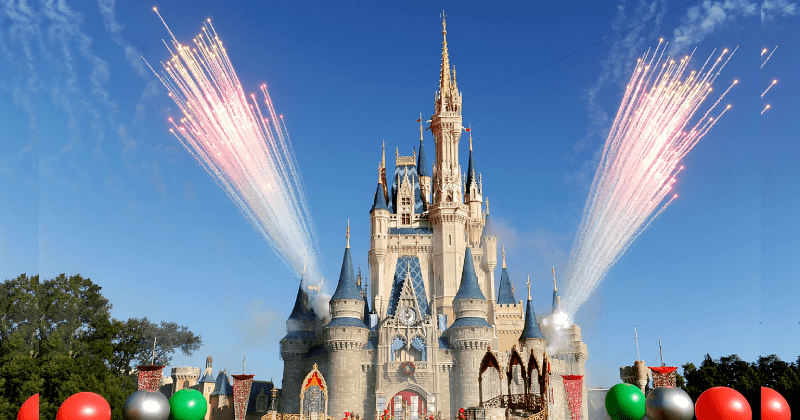 Following years of criticism over its racist theme, Disney has confirmed that Splash Mountain will get a make-over in a statement on Thursday.  Splash Mountain, a fan favorite ride at Disneyland in California and the Magic Kingdom in Florida, will be adopting theme from the movie The Princess and the Frog instead of the 1946 Disney film Song of the South.

The Song of the South has been questioned over the years for its portrayal of the post-Civil War South and has been slammed for perpetuating racist stereotypes. It's significant that Disney has chosen the 2009 film The Princess and the Frog as its theme since it features its first Black princess, Tiana, reported People.

The ride storyline will pick up “after the final kiss, and join Princess Tiana and Louis on a musical adventure – featuring some of the powerful music from the film – as they prepare for their first-ever Mardi Gras performance,” said Disney.

“The retheming of Splash Mountain is of particular importance today,” the release explains. “The new concept is inclusive – one that all of our guests can connect with and be inspired by, and it speaks to the diversity of the millions of people who visit our parks each year.”

Disney announcement comes at a time when brands are reconsidering their stance on racial issues. Disney disputed claims that the decision was taken in the wake of the Black Lives Matter protests, and said that it was part of a rebranding "project Imagineers have been working on since last year.”

The theme of the Splash Mountain was the subject of a petition over the past few weeks with petitioners urging the company to bin the Song of the South theme. The petition on Change.org was titled "Re-theme Splash Mountain to Princess and the Frog.” The petition gained traction in the wake of the protests and received more than 21, 383 signatures at the time of closing. “Disney parks should be a home for all to enjoy regardless of race, age, whatever your background maybe . . . While the ride is considered a beloved classic, its history and storyline are steeped in extremely problematic and stereotypical racist tropes from the 1946 film Song of the South. There is a huge need for diversity in the parks and this could help fill that need," read the petition.

Disney themselves haven't been too keen on being associated with the movie because of the racist stereotypes it pushes. The movie didn't feature in the company's streaming service, Disney Plus. Disney CEO Bob Iger said the company didn't feel it was appropriate. “I’ve felt as long as I’ve been CEO that Song of the South — even with a disclaimer — was just not appropriate in today’s world. It’s just hard, given the depictions in some of those films, to bring them out today without in some form or another offending people, so we’ve decided not to do that,” he said at a shareholder meeting in March.

Anika Noni Rose, the actress who voices Princess Tiana, shared her joy on hearing the news. “It is really exciting to know that Princess Tiana's presence in both Disneyland and Magic Kingdom will finally be fully realized! As passionate as I am about what we created, I know the fans are going to be over the moon. The Imagineers are giving us the Princess and The Frog Mardi Gras celebration we've been waiting for, and I'm here for it!”

The Disney Parks in the US have been shut down on account of the Coronavirus pandemic since March. Despite rising Coronavirus cases, the economies in various states have reopened. Walt Disney World in Orlando has marked down July 11 for reopening along with The Magic Kingdom and Animal Kingdom parks. Disney also confirmed that the reopening of Disneyland Resort and Disney California Adventure Park in California would be delayed.