Group Of Girls Live-Stream Themselves Stabbing A 15-Year-Old Girl At Walmart, She Died

The incident took place outside a grocery store in Calcasieu Parish in Louisiana last week. 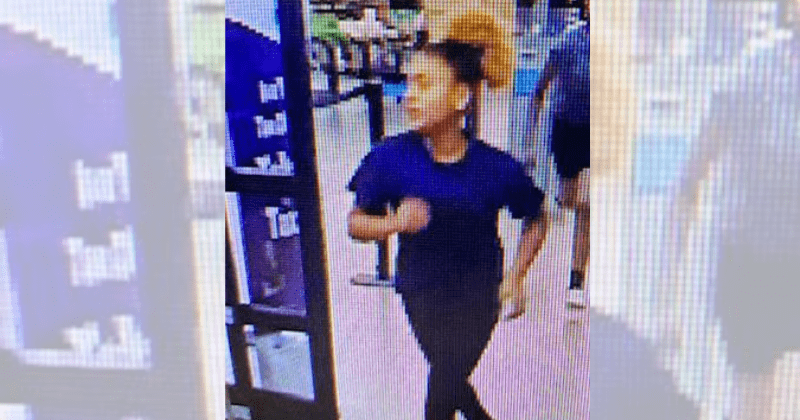 Trigger Warning: The story has details of a homicide that readers may find disturbing

A 15-year-old girl in Louisiana died from being stabbed by a group of girls outside a grocery store, after a fight broke out at the scene. Not just that, the incident was live-streamed, with even videos and pictures of the same being shared on social media. The girls were also heard bragging about the incident. The police in Calcasieu Parish have arrested four juvenile girls—aged 12 to 14—believed to be involved in the stabbing. Deputies from the Calcasieu Parish Sheriff's office were dispatched to the grocery store on Highway 14 in Lake Charles on January 23, around 7.30 p.m., according to a Facebook post of the Sheriff's office. "The initial investigation revealed there was a fight between several young girls inside the store, at which time a 15-year-old was stabbed. The victim was later pronounced dead," the post stated.

A homicide investigation was opened; the police looked for the whereabouts of a 13-year-old suspect named Regan Broussard and even asked the public for any information on her. Later in the day, the Sheriff's office shared the news that four girls had been arrested. "They were all booked into the Juvenile Detention Center. One is charged with 2nd degree murder and three are charged with principal to 2nd-degree murder," stated the post while adding, "The investigation is continuing and anyone with information is asked to contact the Calcasieu Parish Sheriff’s Office at 491-3605." It has not been confirmed if one or more among the accused or some bystander put the videos on social media. Kayla Vincent, the Calcasieu Parish Sheriff's spokeswoman told 4WWL she could not comment on the matter.

Louisiana authorities have arrested four girls, aged 12 to 14, in the fatal stabbing of a 15-year-old girl during a fight inside a Walmart store. https://t.co/5LHFKzr8BO

However, she added, "Because the videos contain juveniles we are not going comment on how the videos got on social media or who or how many girls were in the videos.” During a press conference, Tony Mancuso, the Calcasieu Parish Sheriff, called the incident "very disturbing", while highlighting the frequency of such killings involving juvenile perpetrators, reports KATC. Mancuso revealed the 15-year-old's death was the third homicide in 6 months that involved children below 16 years of age. "We have a problem in our community we're going to have to address. They come from all backgrounds, all races, this is just a problem we are having with children having access to weapons, or stealing weapons. It's just heartbreaking when we have to come in and pick up the pieces because so many families are damaged... This is a cycle that we have to stop, and we're just fed up with it," he said.

Mancuso also announced curfew measures on weekends and weekdays following the incident. But he revealed problems such as these cannot be solved by the police alone. He said, "This is not something we can police our way out of. I just don't feel like this is a police matter. This is a parenting issue. People need to know where their kids are. They need to know what's going on in their lives. We're going to take some aggressive steps. This is going to be parish-wide, every city, we're all going to be on the same page. We're going to have zero tolerance on curfew violators." The Sheriff also asked parents to monitor their children's social media, telling them the "the whole murder played out on there. He added that certain people "saw this coming" on social media and "never said a word.

This is tragic. Praying for all families. I wish the children learn the impact that this brings on everyone their lives.

Mancuso said, "I'm asking you tonight, for our parents to take control. they have to. We can't do this. We can arrest them, but that's not going to solve the problem. It's going to take parenting; knowing where their kids are, what they're involved in, what they're doing. I know many of us are in the most difficult times of our lives. There's not a lot for our kids to do right now. We're just not in normal circumstances, but that is no excuse for the behavior that is going on in our community with our juveniles. They're breaking the law and they're getting violent and we can't tolerate it. I'm asking you to not put us in that position."