Police and well-wishers have now raised over $40,000 to the good samaritan for her selfless deed. 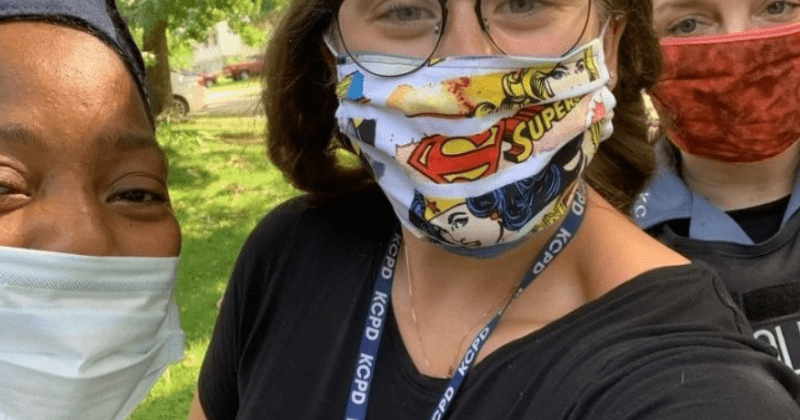 Earlier this month, a Kansas City police officer was shot in the head in the line of duty during an exchange of gunfire. It was later reported that he was in a stable condition on Friday. The unidentified officer, who has been with the department for over two years, was hospitalized for emergency surgery following the shooting that happened just before 5 p.m., Kansas City police said. In light of this unfortunate incident, a struggling single mother decided to donate her entire lottery winnings of $100 to the officer. Local police are now raising money to pay her back for this act of kindness, WTSP reports.

A NOBLE DEED: With only $7 to her name and bills past due, Shetara Sims, a single mother who lost her job a month ago due to the coronavirus pandemic, found a $1 bill in a grocery store parking lot and bought a scratch-off ticket, winning $100. https://t.co/DDU1h08WCS

Shetara Sims is a single mother with only $7 to her name and several bills that are past due. She also lost her job a month ago due to the coronavirus pandemic and bought a scratch-off ticket from a $1 bill in a grocery store parking lot. she ended up winning $100 which she really needed for a whole array of things but she has decided to be an angel despite her own struggle. Her financial problems are well evident and yet she immediately agreed to donate the money to the officer at the suggestion of her 12-year-old daughter, Rakiya Edmonson. The officer remains in the intensive care unit after he was shot on July 2.

“She won $100, and I said we should donate it to the police officer that got shot for his family to go eat and see him,” Rakiya said, according to Fox 19. Both Sims and her daughter say that they know what it's like to hurt. Rakiya's older sister, Sims' first daughter, was murdered in Kansas City in 2012 and the tragic loss still pains them to this day. Sims said that the detectives who worked her daughter's case supported the family with daily messages, updates, family visits, and more. “The detectives were really there for us. They were there for us more than anyone I can imagine. They did things they didn’t have to do,” Sims said. “They came to see my kids. They did a lot. They were fathers, therapists. They were everything.”

Shetara Sims had only seven dollars to her name and bills past due when she won a $100 in the lottery, and decided to donate the money to an injured police officer.https://t.co/jp5jbOzMmj

The single mom added that many people don't realize or appreciate how wonderful officers are until you are the one needing their help. "I never saw the empathy that they had from strangers. They just gave us hope. They were good for us," she said. Sims ended up making her $100 donation without leaving her name or number and preferring it to remain anonymous. But the police department was overwhelmed by her kind gesture and spent many days tracking her down and successfully did so.

“To hear her call and just express thanks for no reason other than she’s thankful, it’s really impactful to us, and it’s really touching to us,” police Sgt. Jake Becchina said. The police sergeant added that it's acts of kindness like these that actually motivate officers to keep serving and putting their life on the line if need be. After this story was made known publicly,l hundreds of people reached out to Sims wanting to help her. There is now a GoFundMe for the single mom that has raised more than $43,960 so far. It's safe to say that she and her daughter have been rewarded for their kindness.

Shetara Sims, who lives in Kansas City,recently went to a grocery store and found a $1 bill in the parking lot, according a GoFundMe page organized by the Kansas City Police Department. She used it to buy a scratch-off ticket and ended up winning $100...https://t.co/2Q3hSxPa2h

"We at KCPD shared this wonderful act of humanity on our social media. Then hundreds of people said they wanted to help her out. However, the woman had called from an unlisted number and didn't leave a name. It took a while, but we were able to track her down. Her name is Shetara Sims. She is on the left of this photo (along with KCPD social worker Brooke and Officer Earle). She's a struggling single mom. Even when we found her again, she asked, "Don't the officer and his family need it more?" the Fundraiser states.