Mattel Adds Susan B. Anthony Barbie To Its Lineup. She Fought For American Women's Right To Vote

To mark the occasion of the 100th-anniversary celebration of the 19th Amendment and women’s constitutional right to vote, Mattel unveiled the new Susan B. Anthony Barbie doll 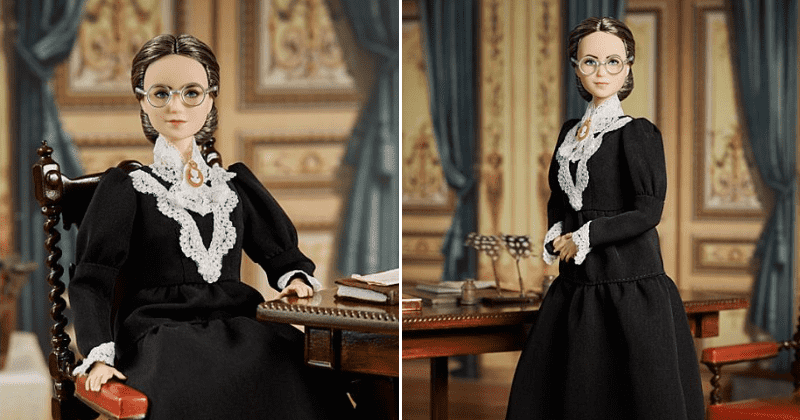 This year marks the 100th-anniversary celebration of the 19th Amendment and women’s constitutional right to vote. It is also known as the Susan B. Anthony Amendment, named after the driving force behind the woman who was responsible for campaigning and fighting for women's right to vote. To mark this occasion, Mattel has unveiled a new Susan B. Anthony Barbie doll last week as a part of its line of Inspiring Women.

Anthony who once famously said, "I never felt I could give up my life of freedom to become a man's housekeeper. When I was young, if a girl married poor she became a housekeeper and a drudge. If she married wealthy, she became a pet and a doll," has now been immortalized in the form of a doll herself, albeit for a bigger cause.

Barbie dolls have been criticized in the past for propagating unrealistic body standards in young girls. And as M.G. Lord, a Barbie biographer, put it, Barbies were designed “to teach women what—for better or worse—is expected of them in society.” What was expected of women was to be petite, look pretty, and be a doll. This was what Barbie represented for the longest time. But over time, the toy company has created a more inclusive and diverse collection of dolls. It has included career-themed Barbies as well as launched the "Shero Dolls" and the "Inspiring Women Series."

Deborah L. Hughes, President & CEO of the Anthony Museum in a statement said, “We were delighted that the design team from Mattel reached out to us early in the project, demonstrating their interest in a doll and packaging that would reflect Susan B. Anthony’s life and work, and that would launch in this historically significant year when we celebrate Susan B. Anthony’s 200th birthday, the 19th Amendment, and the Anthony Museum’s 75th anniversary.” The Anthony doll has been inducted alongside Barbie dolls of other women achievers like Ella Fitzgerald, Billie Jean, Florence Nightingale, Rosa Parks, and Sally Ride.

The website states, Barbie celebrates Susan’s pioneering efforts and far-reaching impact with the Inspiring Women Series Susan B. Anthony Barbie doll. She is elegant and poised in a floor-length black dress accented with lace at the sleeves and bodice. Details include spectacles and a lace collar fastened with a cameo brooch. Susan B. Anthony Barbie doll comes in specially designed packaging and features articulation for endless posing possibilities. You can get the doll for $29.99 here. It comes with a stand as well as a Certificate of Authenticity.

Lynn Sherr, journalist and author of Failure is Impossible, said, “Such a useful little likeness of our first suffrage felon! Add a ‘Failure is Impossible’ button with a ‘Votes for Women’ sash, and the suffragist who once playfully explained her decision not to marry – she didn’t want to be ‘a drudge or a doll’ – is an organizing tool for the next generation. Better yet, give her a ballot!” Ann Gordon, the biographer of Susan B. Anthony had this to say, “You can almost hear her speak, ‘Yes, your honor, I have many things to say.’ She is still telling us to get ‘a citizen’s right to vote.’”

Perhaps it is an innovative way to teach young children about fierce women leaders as well. Michelle Parnett-Dwyer, curator of dolls at The Strong National Museum of Play, home to the National Toy Hall of Fame stated, "While Barbie may have started as a teenage fashion model in 1959, she has evolved over the decades into a feminist role model, most recently with a 2020 Barbie presidential candidate who is Black and has a diverse campaign staff. It’s only fitting in this year of celebrating the 100th anniversary of the 19th Amendment, that Barbie has now taken on the role of representing Susan B. Anthony."