Granddaughter Camelia couldn't help but exclaim how hot her grandmother is, and we couldn't agree more! 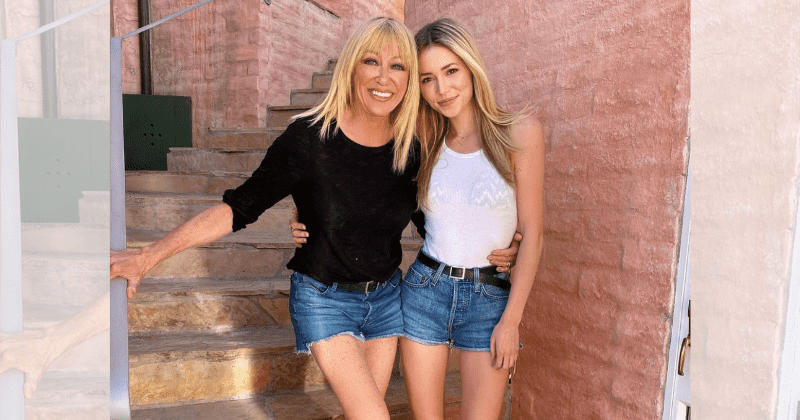 Suzanne Somers wants you to know she's not a regular grandmother, she's one of the cool ones! The 74-year-old actress recently shared an amazing picture of her with her granddaughter Camelia Somers, 25. Both of them looked chic and casual, but what impressed fans of the star was how beautifully she carried off a pair of denim shorts along with her granddaughter, despite the 50-year gap! "Who wears short shorts? Twinning with my granddaughter @cameliasomers! 👯‍♀️ I have always told the kids, "I’m a different kind of grandmother!" she wrote on Thursday.

Camelia also shared the same image with the caption: "Didn’t expect to twin with my grandma when I threw on these shorts this morning 🤷‍♀️ SHE’S HOT!!!!" People had nothing but nice things to say about Somers' look. One person wrote, "That thigh master really paid off." Caroline Somers shared "My girls!!! So cute and smart and funny and talented!! I love you both so much!" People also wanted to know how she remained cellulite-free, as well. Honestly, when Somers said she's a different kind of grandmother, she really did mean it. She tied the knot with Alan Hamel in 1977, but they're still so in love after all these years!

The 74-year-old admitted that she had sex with her 84-year-old husband at least three times in one day. And all that before noon! Speaking on the podcast Heather Dubrow's World, she said, "At this stage of life, most people think that's over the hill. What time is it, noon? I had sex with him three times so far today." In fact, hubby Hamel is usually ready first thing in the morning, "What is this thing about 4:30 in the morning that's suddenly like, 'Oh there he is.' I'm like, 'Could you just wait 'til the sun comes up?' God, our relationship has always been amazing," Somers gushed, as we reported earlier.

"But now that our kids are raised and it's just me and Al, and we paid for the tuition, we paid for the weddings and helped them get their start — now it's just us. Man, are we having fun." Also, did you know that Somers was fired from her iconic role as Chrissy Snow on ABC’s Emmy-winning comedy series Three’s Company? As reported earlier, she was let go after 4 seasons, in 1980, just because she demanded she to be paid equally as her male co-star John Ritter.  She asked for a pay hike from $30,000 an episode to $150,000 an episode. “The show’s response was, ‘Who do you think you are?’ ” the 73-year-old actress tells PEOPLE. “They said, ‘John Ritter is the star.’ ”

After she was fired, Somers felt free, in a way. “I probably would have never left network series,” she said. “I would have kept on going and probably been in every sitcom after that were it not to end the way it ended. But I was ostracized. So I went away.” Her husband of 42 years, former TV producer Alan Hamel, 83, said that ABC used her as an example. “Laverne & Shirley had just negotiated a monster deal, and afterward, they decided they needed to make an example of female actresses so that no other woman would ask to be paid what men were making. And then [Suzanne] was fired,” he said. I mean, all this just proves she's definitely not a regular grandma, she's one of the cool ones!