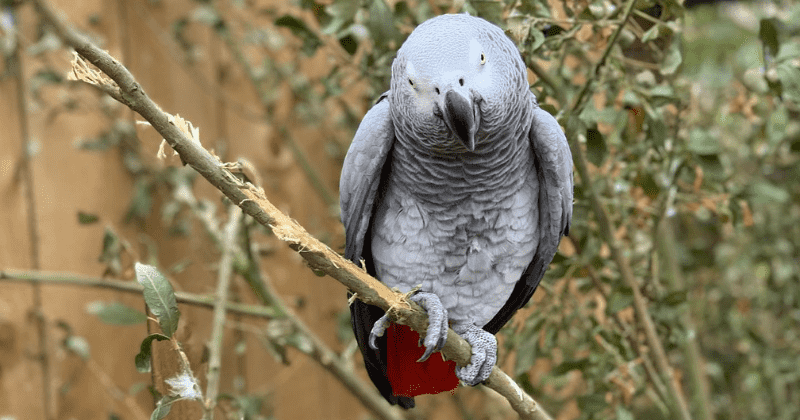 When they say birds of a feather flock together, this is exactly what they mean. When five African grey parrots were adopted by the Lincolnshire Wildlife Park in Friskney, United Kingdom, little did anyone at the park know they would become foul-mouthed bullies. They were donated by different owners in the same week of August and were all placed in quarantine together as well. After their quarantine period, they were moved into their public outdoor display but not for long. The five parrots ruffled a few feathers with their expletive language and had to be taken away because the wildlife park was suddenly PG-13.

Speaking to CNN the chief executive of the park, Steve Nichols said, "It just went ballistic, they were all swearing. We were a little concerned about the children." Nichols was not spared by these mouth birds either. "I get called a fat t**t every time I walk past," he said. The birds even threw a number of different expletives at visitors. "The visitors were giving them as much back as what they were giving to them," Nichols said and mentioned that the visitors actually enjoyed this unique talent of the birds. However, it was the concern for the younger visitors that forced the authorities to separate the fearsome five and take them off public display.

The African grey parrots are named Eric, Jade, Elsie, Tyson, and Billy. They have now been put into different colonies and the staff hopes they would "kick the habit" before putting them out again. "With the five, one would swear and another would laugh and that would carry on," Nichols told the BBC. The parrots would be encouraged to swear every time they could elicit a response from a person. So when the visitors would laugh or be shocked by the parrots' potty mouth, they would be encouraged to swear some more. "I'm hoping they learn different words within colonies - but if they teach the others bad language and I end up with 250 swearing birds, I don't know what we'll do," he added.

The phrase "F*** off" was the most commonly used expletive. The birds learned to swear at each other after quickly picking up the profanity. Now, they have to become more family-friendly for them to come back into the public display. Nichols says this is not that uncommon. "To take in a swearing parrot isn't an unusual thing, it's something that happens probably three or four times a year," he said. Right now, in the midst of the pandemic, there has been a surge in donations. Owners are giving away their birds to parks where they have more space and freedom. "We would normally take in one or two parrots in a fortnight. Today we took in eight," Nichols said.

Parrots, African Greys, in particular, are particularly good at imitating human words and sounds. According to Exotic Direct, parrots talk by modifying the air that flows over the syrinx to make sounds. The syrinx is located where the trachea splits into the lungs. Just this September, another parrot also made it to the news for its talent to use human words. But in this case, it was not for swearing but for singing. Chico the parrot's rendition of Beyonce's song If I Were A Boy caught the attention of the internet. While these five birds were hurling insults, Chico was serenading the visitors.

Parrots have always used their voice. In the wild they use their voice "to warn, to court, to communicate with their nestlings, and to fight to defend a territory". It is only now that these birds have been domesticated.

Can you name this Beyoncé tune?
Chico the parrot has been entertaining visitors at this wildlife park (You'll want the sound ON for this 🔊) pic.twitter.com/5f3An6vUCC