The couple is one of very few Hollywood couples whose relationship has survived the test of time. 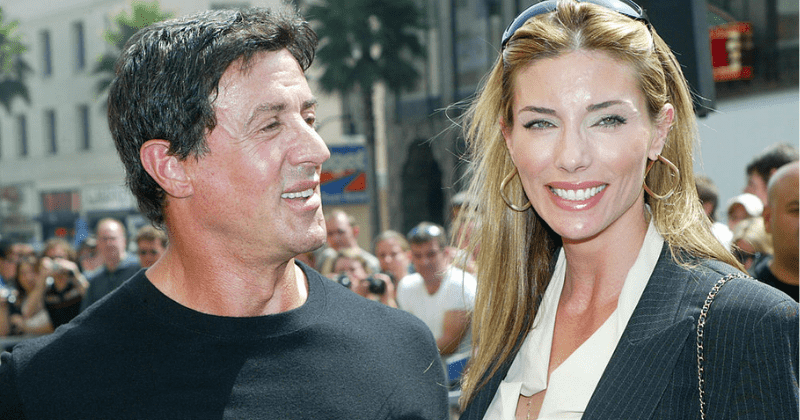 On Monday, Sylvester Stallone and Jennifer Flavin celebrated 24 years of being married to each other. To mark the special occasion of their wedding anniversary, the 74-year-old actor posted an adorable picture of himself posing with his 52-year-old partner on Instagram. It was captioned: It's happy Wedding Anniversary Time again! Time is flying but I have a blessed life Thanks to my wife and Family. The Rocky star and the former model are one of very few Hollywood couples whose relationships have survived the test of time.

From the moment Stallone hit the screens, he managed to charm almost everyone woman across the world. Over the years, he has been desired by many ladies but the one who ultimately stole his heart was Jennifer Flavin. The two met when Flavin was just starting out as a model while Stallone had already made a name for himself in the entertainment industry. At the time, the actor was notorious for his two divorces at the age of 42 and of course his wandering eye. His would-be wife was just 19 at the time, and little did Stallone know that one day, she would transform him into a family man.

The two ran into each other randomly in a West Hollywood restaurant in 1988. According to PEOPLE, the Rambo actor was left feeling "battered," "scarred," "trashed," and "humiliated," following his two heavily publicized divorces. But with Flavin, it was different. Having dated her for three years, he told Toronto Star "I’m loving life again," whilst adding that, "Jennifer has made all the difference." Like most couples, Stallone and Flavin too had their share of ups and downs during their 32-year relationship, of which there have been married for 24 years.

"When we come together, it is wonderful. When we are separate, there are no strings attached. That’s the way it is. No strings," said Stallone in 1991. The following year Flavin said, "I’m not naive about what may go on when I’m not around—he’s a 45-year-old man—I can’t change the way he is. Still. He’s not a cheating dog every day of the week. We spend five out of seven nights together, so I don’t know where he’d find the time." Unfortunately, he did manage to find the time when he broke up with her in 1994 by sending her a six-page letter via FedEx. "He sent me a six-page handwritten letter, in pen. It was pretty sloppy," recalled the former model. Stallone dumped Flavin for model Janice Dickinson and the relationships that followed all resulted in failures. Finally, he found his way back to her in 1995, and after dating on and off for nine years, they tied the knot in 1997.

They welcomed their three daughters Sistine Stallone, 22, Sophia Rose, 24, and Scarlet Rose, 18, according to The Sun. Explaining what's it like to live in a house where he's the only man, he told the Ellen DeGeneres Show in 2016 that he tries his best to stay out of the way. "I basically just keep my mouth shut and don’t cause waves. Again, she’s fantastic, but it’s all women. Women rule. Even the dogs, they’re female and the one male’s been neutered," he admitted.

Even after being married for years, Stallone still swears by his wife. During an interview with the Daily Telegraph in 2010, he said, "But I’ve never had more fun. I learned that from my wife… It took me 19 years to realize she’s always right. I realized that women have a knack, at least Jennifer, for making incredibly erudite, wise, smart decisions. I always leap without looking." When the two first started dating, they would spend most of their time enjoying simpler things like cooking, watching a movie, walking on the beach, or playing with their dog. Over 30 years later, the routine remains the same when the two are not working. It's the little things that bring joy in one's life, and Flavin succeeded to usher this happiness into Stallone's life and fill it with love.