Tampon brand Tampax has been criticized for an inclusive tweet that "celebrated the diversity of people who bleed." 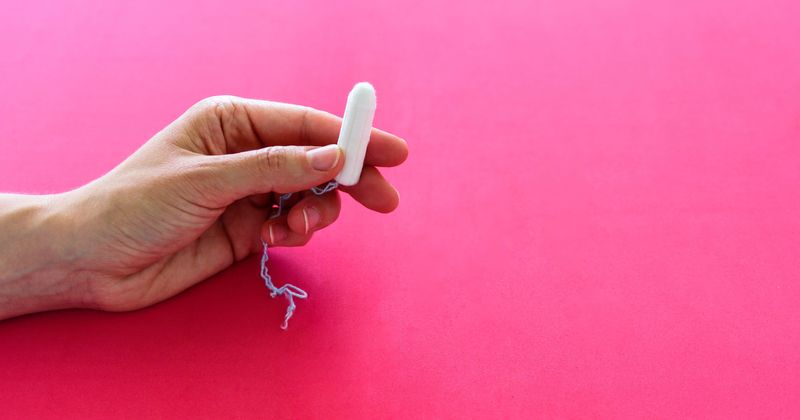 This must be a mind-bending concept for transphobes to absorb, but trans people are humans who deserve to be treated with respect. Vogue reports that it is important to include trans men and non-binary people when we talk about periods. Harry Potter author JK Rowling reportedly liked a tweet that described trans women as "men in dresses" in 2018. More recently, she tweeted about the phrase "people who menstruate" where the author wrote: 'People who menstruate.' I’m sure there used to be a word for those people. Someone help me out. Wumben? Wimpund? Woomud? Many considered the tweet to be tone-deaf, disrespectful, and transphobic. Period activists and even Harry Potter himself (actor Daniel Radcliffe) pointed out that trans men and non-binary people also get periods and that not all women menstruate.

Jo... this is one of those scenarios where you may need to do some research because you missed the point bad. Not all those who menstruate identify as women. There are trans men who are not fully transitioned, and they still ovulate despite their gender identity.

So why is it important to call for more inclusivity when we talk about periods? Gabby Edlin, a co-founder of the charity Bloody Good Period, noted when "people talk about trans inclusion erasing women, but I’ve never felt erased in any of the work that I do when I include trans people. Seeing feminine symbols and design on period products is not how I feel like a woman." Julia Ehrt, a spokesperson from the International Lesbian, Gay, Bisexual, Trans and Intersex Association (ILGA), shared, "I don’t think it takes anything away from women, but it really benefits trans men, so why would you not do that? There has been a certain level of opposition from [trans-exclusionary] women’s groups but at the end of the day, do they really believe including trans people takes something away from women? I don’t think so."

C is masculine non-binary, but they have chosen not to take hormones, so they still get periods. "Having to go and buy products and walk under that sign that says feminine hygiene never felt good," C adds. "When I first got my period, I felt like I had to start putting on this play for everybody, a play that I didn’t want to be in. It didn’t fit. It felt like a puzzle piece that kept breaking." The language we use to talk about periods is important for period equality. As C shares, "At the end of the day, it all comes down to education. Educate your friends, educate the people around you, educate your family. You don’t even have to do anything externally. Just think about it and change the way that you’re framing it in your own mind."

So when Tampon brand Tampax shared an inclusive tweet that "celebrated the diversity of people who bleed," transphobes lost their minds. According to the Independent, the US company, owned by Proctor and Gamble, posted the now-viral tweet alongside an illustration of five people by graphic designer Brittany Harris. It said: Fact: Not all women have periods. Also a fact: Not all people with periods are women. Let's celebrate the diversity of all people who bleed!  Tampax added the following hashtags: "#mythbusting #periodtruths #transisbeautiful". People were divided about this. According to Comics Sands, many science-denying users called to boycott the brand calling the inclusivity an offense to cisgender women. Others thanked the brand for being inclusive and clapped back to the transphobes. Here's what some had to say:

then you and your daughter will soon be unable to use tampons any more, cause brands aren't going to be pandering to transphobes for much longer. get ready for that new reality, baby, we make the rules now, deal with it 🙃

Trans men and boys, intersex people and non binary people. They exist as surely as your prejudice and ignorance about them does.

ur a cisgender man, why are u here? u have absolutely no say in this situation.

Thank you for this inclusive campaign and advertisement, it's beautiful to include everyone 💜 I seriously question the people in this thread who are angry, why are you so bothered about what other people have in their pants and what gender they identify as? Grow up

i'm non-binary, i'm not a woman. i experience periods and i am glad you're inclusive of non-binary and trans people. :)

The amount of dudes upset about this would be more amusing if it wasn’t just so pathetic.

....then just use another brand lol, you’re being dramatic. No one is forcing you to buy/support Tampax products.

the only ppl attacking @Tampax are hella transphobic ✨