trending celebrity people lifestyle news animals
Teacher Accused Of Having Sex With Her Students 25 Times, Including In Classroom

Teacher Accused Of Having Sex With Her Students 25 Times, Including In Classroom

On November 27, she entered into an Alford plea at Lewis and Clark County District Court and will be convicted if the evidence is shown. 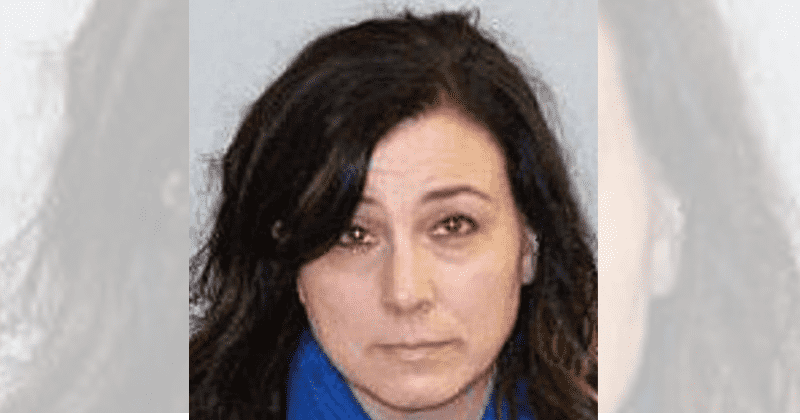 Trigger Warning: This story contains details of child abuse and rape that readers may find disturbing

A Montana teacher has been accused of having sex with her teenage student 25 times -- including in the classroom. Rene Carter, from Missoula, Montana, was arrested for allegedly having sex with one of her male students who was 17 at the time and has entered an Alford plea to the felony charge of criminal endangerment. According to KTVH, Carter allegedly indulged in the sexual assault of the boy when she was teaching at Capital High School in 2015. On November 27, she entered into an Alford plea at Lewis and Clark County District Court, which means she does not admit guilt but if the evidence is provided, she will directly be convicted.

Female teacher admits having sex 25 TIMES with her teen boy pupil including in the classroom https://t.co/He9hqS3s9Z

Concerns regarding the illegal relationship surfaced after the school principal reported that a video of the pair was shared online which showed the two having sex in a classroom. Although the boy denied that Carter was sexually abusing him, the teacher quit her job a year later. Speaking to the police, the boy said he didn't tell the truth about the abuse because he didn't want to get Carter into trouble after she had instructed him not to speak about it. However, he later claimed that they indulged in a sexual act at least 25 times and that they even planned to become a couple when he turned 18, as per KNEWS report.

If he's under 16, i think you mean admits to Raping boy 25 times

Initially, Carter was charged with three counts of felony sexual intercourse without consent with two of them dropped while downgrading the first one to criminal endangerment after the plea deal was struck. The plea means she wouldn't be convicted of statutory rape. She was given a three-year partial sentence and asked to remain on probation. She has also been ordered to pay $80 in fees, with the amount likely to rise if the student chooses to sue her for damages. There have been several instances of teachers having sexual intercourse with their students. In one incident from January this year, an Ohio teacher admitted to having sex with one of her teenage students after the two developed a very "strong connection." Laura V Bucy, 32, of Akron taught at the Twinsburg High School. The 17-year-old boy would stay behind and help her clean the classroom on a number of occasions and the two developed a close bond. She would even allow the boy to vape in her office and one time she even bought him vaping juice. She also sent the boy a number of explicit photos of herself, reports Beacon Journal.

The trial for Rene Carter, the #Helena teacher accused of statutory rape, has been moved again.

The trial is scheduled for April 8, according to a new court filing, five months later than the previously set date. https://t.co/kMuS32HsYg pic.twitter.com/vxhyv8FNx2

In another incident, a 37-year-old high school teacher from Florida faced criminal charges for raping one of her students inside the school campus. According to PEOPLE, the arrest report reveals the teacher Meghan Mary Rodriguez was arrested in June this year and charged with sexual assault. She was released from detainment after posting a bond. As per a Pensacola News Journal report, Rodriguez was told she was under investigation on a sexual assault charge following which she resigned from her position with the Santa Rosa County School District on May 28. When detectives contacted the victim, it was found that the 'relationship' started with friendly texts between the teacher and student before getting sexual last summer. The 17-year-old student reportedly attended a summer practice at Navarre High School and went to meet Rodriguez in her classroom to discuss some issues, which led to her raping him. "[The student] insisted that this only occurred once and he regretted it afterwards," the police report said.

FEMALE teacher has admitted to having sex with her teenage pupil 25x - including in the classroom.
Rene Carter, who worked as a teacher in Missoula, Montana, entered an Alford plea to the felony charge of criminal endargement after she was arrested for allegedly having sex pic.twitter.com/mZoL11Lqzn