Teacher Asks Student To 'Control' Her Period, Tells Her She Should've "Planned Better"

A 16-year-old girl faced this awful situation and shared her story on the subreddit "AM I The A**hole (AITA)". 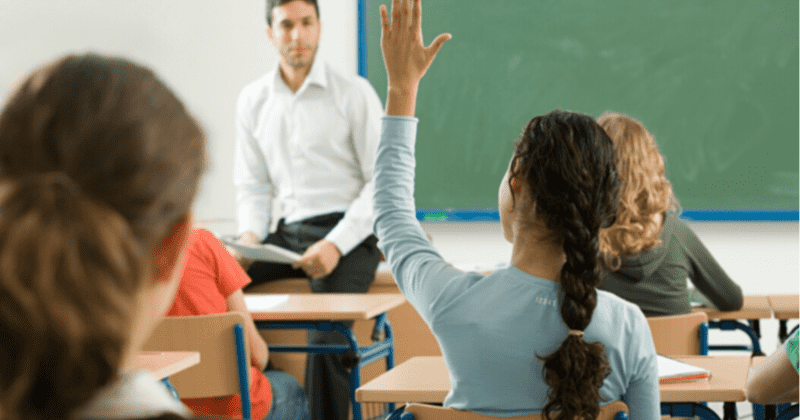 Menstruation is a biological process and it goes without saying that educating people about it is a standard procedure after a certain age. Despite its normalization and common occurrence in most parts of the world, there still remain many myths and misconceptions about it. A 16-year-old girl had to face a terrible ordeal at the helm of a teacher's ignorance of female reproductive health. She turned to the "Am I the A**hole (AITA)" subreddit for feedback on whether she handled her response appropriately or not. Redditor PizzaPepparoni took to the popular message board forum and asked: “AITA for reporting my teacher and potentially getting him fired?”

The OP started to explain how:  “My school requires us to keep our cameras on during the entire class. If we need to use the restroom we are supposed to privately message our teacher and ask to leave. I have absolutely no issue with these rules as I understand that online teaching is hard and you have to make sure everyone is attentive during classes. We also have this system where at the end of the week every student is emailed a Google document in which we are supposed to type out any problems we had with the classes during the week (eg – a teacher is favouring a student etc..)"

It's looking good so far, then if you're wondering what possibly went wrong, do read on. “On Thursday, I had a math class which was taught by ‘Mr T’. He’s never really been very strict and had always seemed quite reserved and quiet.” Of course, I’ve never been in a lesson with him outside of online school so I can’t really judge. During the class, I realized I had started my period. I privately messaged Mr. T asking if I could use the restroom.” I waited for 10 minutes but he didn’t reply so I messaged him again, still no reply. By now I was getting extremely uncomfortable so I texted him for the third time explaining I had started my period and I really had to go."

Now the girl was already placed in a rather embarrassing situation, though there should have been no reason for her to feel so. Unfortunately, the OP went on to write that: “He replies with this, ‘You should have planned better. Learn to control yourself’ uh… What? I CAN’T control my period. I tried to explain that I couldn’t but he didn’t respond.” That is certainly inappropriate on the side of the teacher to give a statement like that so blatantly. Would he have done the same if the student was nauseous or suffering from another condition at the time?

“I got annoyed and switched of my camera anyways and left to the bathroom. Once I came back, I saw that he had kicked me out of the meeting.” the girl continues. "I later found out he had written me up for switching off my camera and I was given a warning. I was pissed. Since it was a Thursday I received the google doc and I complained about Mr T in it.” Today (Tuesday) I found out, through my mother, who is also a teacher that Mr. T is being investigated as there have been multiple complaints about his behavior and mine was apparently the last straw. My dad, brother, and a few of my friends are calling me an a**hole as I could’ve just waited for a while instead of complaining and potentially making a man lose his job, especially during this time.”

The Redditor concludes by asking the other users on the forum: "I don’t know. I’m feeling really guilty now. I don’t want him to lose his job. AITA?” Most if not all of the other Redditors jumped in and showed their support for the girl, citing that it was definitely the teacher's fault for being so insensitive to her situation. Furthermore, on the notion of the teacher being fired, while extreme measures are preferably avoided, it doesn't make sense for someone to continue such a job unless they strived to make a change in their behavior. If some other students were to go through something of the sort in the future, it would make sense that the teacher just isn't cut out for such a job.