The teen who lost his mom to cancer didn't want anyone else to lose their mom. "I couldn’t save my own mother so I wanted to save somebody else’s." 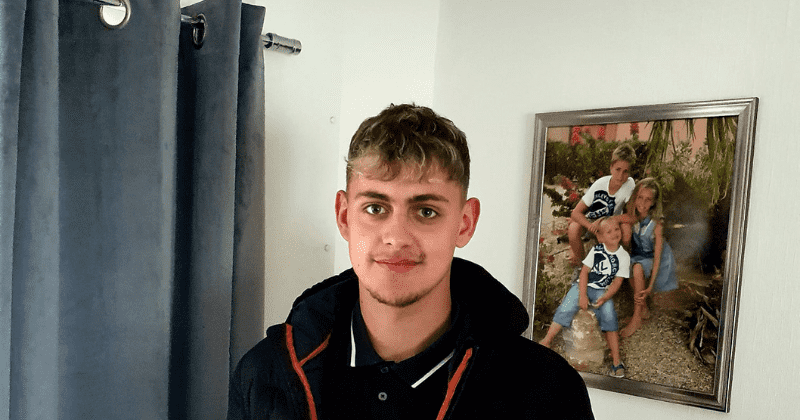 19-year-old Marcus Evans was on his way back home in Baglan, Neath Port Talbot, in South Wales when he spotted smoke coming from a house on Church Road. At first, he was unsure if someone was inside, but then he noticed that a Police Community Support Officer (PCSO) was already there and had kicked the front door down. However, he couldn't get in because the smoke billowing out was too thick. The PCSO had called a fire engine to help contain the fire, but that's when Evans realized that the owner of the house was still trapped inside when he heard them cough, per INews.

"I thought it would take a few minutes for help to arrive so I decided to try and get in because I could hear the woman coughing inside," said Evans, per Metro. The brave lad went in without a second thought to rescue the woman who couldn't get out before the blaze spread. "The first time, I couldn’t manage it – the smoke was too much. So I had to come back out and have a breather. I then went back in to get her. She was lying by the back door and by this point she was unconscious, but thankfully I was able to bring her out." The 79-year-old woman was rushed to the hospital to be treated for injuries suffered in the fire.

Tributes for Evans' heroism have been blowing up on social media. Local charity Team Ruby even awarded him with a gift certificate. They shared a picture of him on Facebook, along with the caption: "Team Ruby has presented Marcus Evans age 19 from Baglan with a cash reward after he courageously entered a house fire in Church Rd on Thursday night. Marcus entered the house twice after needing to come out for some fresh air before leading an elderly lady to safety after others had been beaten back by the flames. The courage and bravery shown by such a young man are inspirational to us all. Well done Marcus we are all so proud of you. Xx"

Really well done ...and so courageous.
The idea of entering a burning house would terrify me.
Should be frontpage BBC website.

Evans knows what it is like to lose someone. He lost his mom to cancer in 2019, and the grieving son says though he couldn't save his mother, he just wanted to save someone else's. "I couldn’t save my own mother so I wanted to save somebody else’s. I was just focusing on getting her out of the house and I just wanted to do what I could. Everyone has been very supportive since it happened." People showered Evans with praise for his act of kindness. Julie Mulcahy shared: "In this day and age with youngsters having a bad name, it's lovely to hear about this. Well done young man, you should be so proud. X" A touched Evans replied to the comments, saying: "Can’t thank everyone enough for all the messages and comments and a big thank you to Team Ruby."

In another similarly inspiring story, four young teens rushed inside a house on fire to the 90-year-old woman trapped inside. Catherine Ritchie was preparing to go to bed and was in her bathroom getting ready to do so. To her shock, she noticed that a fire had engulfed her curtains and then her bed. Though she called 911, the flames were moving faster than ever. Around exactly this time, a group of four boys — Wyatt Hall, 17,  Nick Byrd, 14 and 16-year-olds Seth Byrd and Dylan Wick  — were not far from the house, when they spotted the fire alarm ring and rushed to her aid. You can read more about that here.