Sally Hardesty, the iconic horror character, is making a return in the upcoming 2021 film. 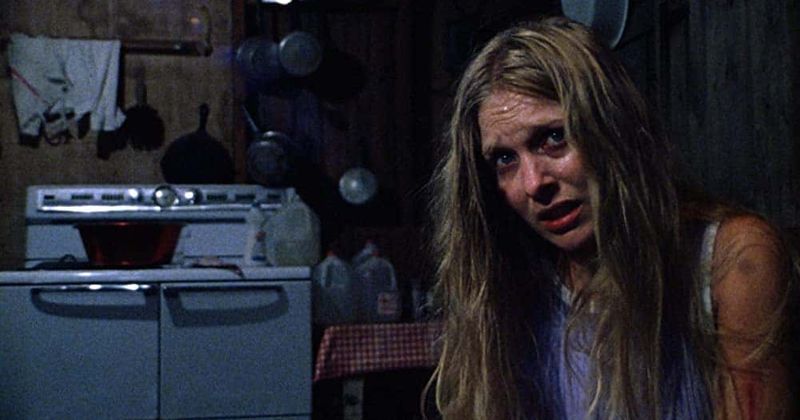 Horror fans, gear up for some exciting news. The Texas Chainsaw Massacre sequel is coming out this year! And it isn't just a reboot, it's a direct sequel to the original 1974 film. We'll get to see Sally Hardesty, the only survivor from the original film, returning in the upcoming horror flick. While her character will be returning, Sally will not be played by the original actress who died in 2014. Marilyn Burns, the Emmy-nominated actress reportedly passed away in her sleep at the age of 65. Before her death, she had provided cameos in both Texas Chainsaw Massacre: The Next Generation and Texas Chainsaw 3D.

Now, Mandy actress Olwen Fouéré is set to take on the role, reports Bloody Disgusting. Sally was the only survivor in the film who was tormented and tortured by Leatherface and his family but ultimately escaped with her life. But just barely. The upcoming sequel will feature an older Sally. The 2021 sequel to Tobe Hooper's 70s film will also feature an aged Leatherface. According to CBR, it's been confirmed that Leatherface "may even be slightly obese" and "wears church clothes that are too tightly fitted." Leatherface will also speak in "guttural noises that range from a howling belly laugh to a pig-like squeal." The Texas Chainsaw Massacre sequel stars Elsie Fisher, Sarah Yarkin, Mark Burnham, Moe Dunford, Olwen Fouéré, Alice Krige, Jacob Latimore, Nell Hudson, Jessica Allain, Sam Douglas, William Hope, and Jolyon Coy. The film, directed by David Blue Garcia with the script by Chris Devlin, will release in 2021.

Producer Fede Alvarez confirmed to The Boo Crew Podcast that the movie is "a direct sequel, and it is the same character". He also said that the film had opted for an “old school” approach in terms of the style of the film. “Everything is classic, old school gags. A lot of the approach that we had with Evil Dead – never VFX, to do everything on camera. It’s a very old school approach to filmmaking. Vintage lenses… it’s very similar to the original film.” According to NME, there are eight films so far in the Texas Chainsaw Massacre franchise, four of which are sequels. 2013's Texas Chainsaw 3D, which was critically and commercially panned, was the last entry that could have been thought of as a direct sequel. The last film, Leatherface, was released in 2017 and acted as a prequel origin story to the legendary villain.

Texas Chainsaw Massacre revolved around a group of young twenty-somethings stuck in Texas when a cannibalistic family is out for blood and gore. The late Gunnar Hansen originated the role of Leatherface in that film. As for the original, the scene involving a blood-drenched Sally escaping from Leatherface is one of the most iconic moments in horror cinema. It'll be interesting to see how Sally's life has picked up since that terrifying encounter. Leatherface would not have taken it lightly that Sally managed to escape by jumping through a window, running out to the highway, and climbing into the back of a pick-up truck. With age, he's probably just gotten more bitter than ever. We'll just have to wait and saw what plans he has for her next.