Family members of the late victim are, however, not happy as they wanted the death penalty for the accused. 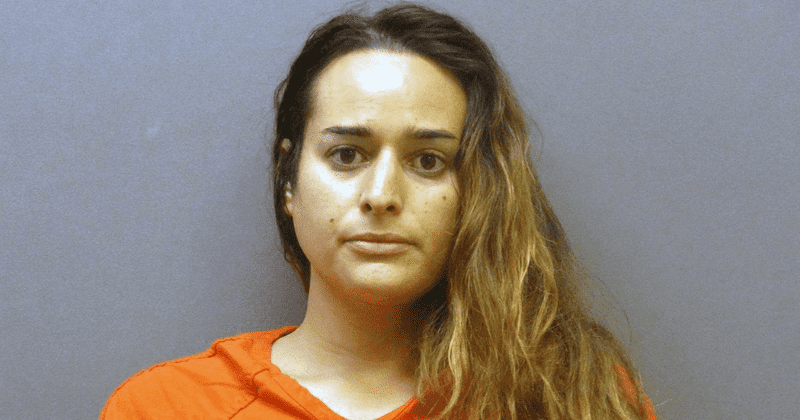 Trigger Warning: The story has details of child assault and death that readers will find disturbing

A woman in Texas who beat her boyfriend's 20-month-old granddaughter to death in 2018 and squeezed the girl for three minutes, "until she felt her bones begin to pop and crush", has been sentenced to life in prison. She told police she had assaulted the girl, whom she was babysitting, because she was frustrated with her. On Thursday, during a final court hearing, Shayla Boniello, 32, reports PEOPLE, pleaded guilty to capital murder charges. The sentence comes after Boniello agreed to a plea deal in exchange for prosecutors not pursuing the death penalty. The sentence comes without the possibility of parole. Family members of the victim, Patricia Anne Raider, said they were unsatisfied with the court's verdict and felt cheated of justice, according to a KXXV report.

JUST IN: Milam County DA announced Thursday morning that Shayla Boniello pleaded guilty to a Capital Murder charge and will receive a life sentence without the possibility of parole. https://t.co/DstoQxwBDr pic.twitter.com/Y8HD8IjkEA

Rachel Bond, Raider's great-aunt, said, "He (Boniello) showed Annie absolutely no mercy whatsoever, so in my opinion, the defendant doesn’t deserve any mercy either and to me this was mercy.” Thomas Bond, Raider's great-uncle added, ”And that’s what I asked him (her) this morning. All we're asking you is just do the work. Just, you know, do your job. Do what you said. You promised you were going to do." Speaking about the proceedings of the day of the sentencing, Rachel said further, ”This whole day has just been... it’s been emotional from the beginning, so we were hoping that our meeting this morning wasn’t going to go the way that it did. It did, unfortunately." Audrey Blythe, Raider's cousin, works in the area of child abuse and neglect support.

Shayla Boniello, formerly known as Shawn Boniello, plead guilty to capital murder and was sentenced to life in prison.

Said Blythe, ”Especially when you're in a role like I am, where you’re trying to help other families and other children, you never expect that something like this is going to happen to your own family.” While the verdict was unexpected, the family said there was some sense of closure. ”It’s not what we were expecting but it was... it felt like there was a bit of closure that was given today,” said Rachel. She added family members will now work to try and help others avoid such instances of violence against children to honor Raider's memory. She said she would like to, ”Advocate with the Texas legislature to try to get some type of funding or some type of bill passed where CASA is mandatory for every family after CPS is no longer involved would be one way to honor her memory.”

great news- life in prison. Unfortunately it won't bring the baby back

Earlier on in the case, Milam County District Attorney William Torrey had said he was opposed to the death penalty. But later, he said he would seek it in the case. According to KWTX, what changed the prosecutors' minds about the death penalty was evidence that Boniello had suffered a traumatic brain injury. Plus, she had no history of crime. “Boniello’s nonviolent past and traumatic brain injury would render any death verdict insufficient and thus be reversed on appeal,” Torrey had said in a press release. According to our report on the case, Boniello told investigators of the Rockdale County Police during the interrogation that she slapped, squeezed, punched, and shook the baby so violently that the injuries resulting from it ultimately led to her death.

Horrendous. I think the grandfather also has significant blame for the child’s death.

Following the admission of the severe degree of violence, Boniello's bond amount which was first set at $750,000 was increased to $3 million. Raider died on December 3, 2018. When asked about the reason for the abuse, Boniello said it was out of frustration. The injures on the baby included knots, lacerations, bruising, and scratches on her head, neck, arms, stomach, and legs. Boniello demonstrated how she squeezed and abused the baby using a stuffed toy animal during her interview with the police. A search of Boniello's house and found marijuana and pipes next to her bed where the baby died. She also said she would smoke the substance when she was babysitting the child in the house.