'The Flintstones' Just Celebrated Its 60th Anniversary, And We Couldn't Be More Excited

The adorable stone-age family first graced TV sets back on September 30 in 1960. 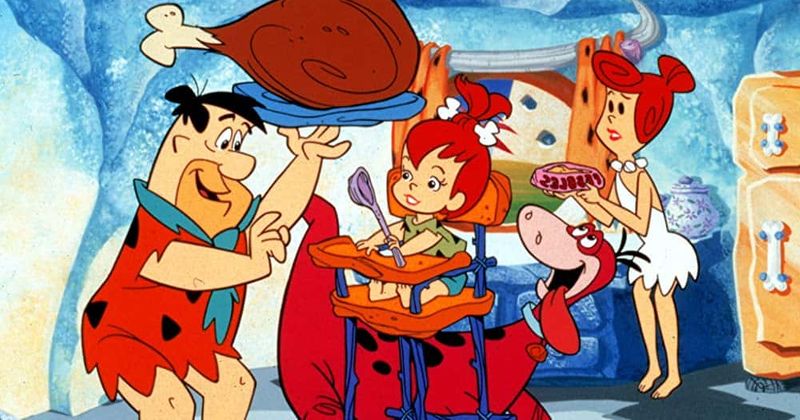 Flintstones, Meet the Flintstones/They're a modern Stone Age family/From the town of Bedrock/They're a page right out of history. 60 years later, and the theme song of the cartoon show The Flintstones is just as iconic as the series itself. The show just celebrated its 60th anniversary and all we can say is Yabba Dabba Dooooo! We followed the stone-age era adventures of the lovable characters on our TV sets back then. The beloved characters of Fred, Wilma, Pebbles, and pet dinosaur Dino, of course, along with Fred’s best friend Barney, Wilma’s best friend Betty, and their son, Bamm-Bamm have been forever etched in our memory. Right from their cars to their stone-age gadgets, the characters portrayed life as it is in a modern-day reimagining of the Stone Age. Even the voice actors remain legendary adding depth to the beloved characters come to life. We particularly love the end credit where Fred gets locked out of the house leaving him banging on the door and yelling, "Wilma!"

The Flintstones aired on ABC from 1960 to 1966 with 166 episodes. So famous was the TV show that many tried to revive it but it never made the same kind of impact like the original did. Bedrock's famous family first appeared on television sets on Sept. 30, 1960. The animated show ran for six seasons and followed the adventures of Fred and Wilma Flintstone, a suburban Bedrock couple living in 10,000 B.C., reports USA Today. Now, fans of the show can watch it on HD with Warner Brothers tweeting the same. It read: This modern stone-age family is coming to HD! The Flintstones Complete Series available in HD on Digital 10/6 & Blu-ray 10/27.

The show created by Hanna-Barbera Productions is said to be the first animated primetime comedy in the history of television. In addition, here's a fun fact: The Flintstones was the longest-running prime-time weekly cartoon series until The Simpsons took over that title in 1997.  Nevertheless, The Flintstones remains the longest Hanna-Barbera studio production. Another interesting fact is that Fred's original voice actor Alan Reed remembered his mother's favorite TV advert and ended up creating the iconic catchphrase "Yabba-Dabba-Doo!" According to MSN, Reed told the creators that his mother was once fond of the long-running Brylcreem's hair-styling slogan: "A little dab'll do ya!" And that turned into "Yabba-Dabba-Doo!"  Alan Reed's portrayal of his character was spot-on, much like the rest of the cast.

Originally Fred was going to say "YAHOO!", but Alan Reed found it very boring. Upon thinking about what Fred could say, Reed thought about Brylcreem's jingle "a little dab'll do ya!". [2/5] pic.twitter.com/hwMujFKPqR

Variety previously reported that The Flintstones was getting an adult TV series reboot with Elizabeth Banks. If you've always wanted a modern, adult twist to your favorite cartoon, you're in for a treat!  Warner Bros. Animation and Elizabeth Banks’ Brownstone Productions were said to be teaming up for the new Flintstones series. Seth MacFarlane previously tried to come up with a reboot of the series for Fox back in 2011, but that did not work out. As for this project, it will be "a primetime animated adult comedy series based on an original idea featuring characters from the show."

Fred Flintstone's one-of-a-kind gruff voice was portrayed by Alan Reed. He was joined by Jean Vander Pyl (Wilma) and Bea Benaderet and Gerry Johnson (Betty). Mel Blanc or as he was nicknamed "The Man of a Thousand Voices" played Barney Rubble, and was regarded as one of the greatest voice actors. According to DW, in 1961, the show was the first animated series to be nominated for the Primetime Emmy Award for Outstanding Comedy Series. The show won the hearts of millions of people from around the globe. It also translated into French, Chinese, Portuguese, Dutch, Spanish, German, and other languages.  The various production teams probably had to take some extra time to come up with a local equivalent to the catchphrase "Yabba-dabba-doo!"