trending celebrity people lifestyle news animals
Where Is Melissa Marescot Of 'My 600-lb Life'? Here's What She's Up To After Not Qualifying For Surgery

Where Is Melissa Marescot Of 'My 600-lb Life'? Here's What She's Up To After Not Qualifying For Surgery

The last we heard and saw of her, Marescot was en route to fulfilling her goals and had lost 150 lbs. 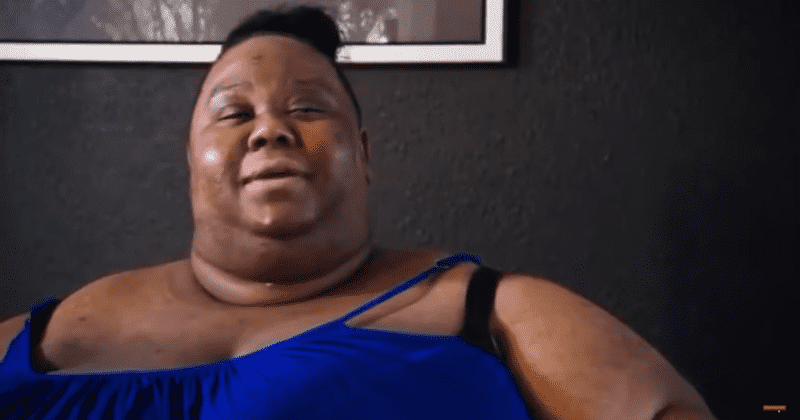 Melissa Marescot, who appeared on the TLC reality show My 600-lb Life might not be on television anymore, but many people are concerned about her welfare. Appearing on the 5th episode of the show's 9th season, the 36-year-old from Sunrise, Florida seemed determined to fulfill her goal of getting rid of her food addiction and losing a lot of weight, according to The Cinemaholic. The show revolves around fat people who want to make improvements in their lifestyle. Each episode features one such person and their struggles. They are guided by Dr. Younan Nowzaradan, also known as Dr. Now on the show, who recommends programs tailor-made for the participants. While Marescot seemed like she was on the right track, eating a healthy diet as recommended by her doctor and exercising, she did face a few pitfalls when she went back to her old routine.

Her old demons—a broken family, child abuse, and depression—all came back to haunt her in the show. On the show, Dr. Now gave her a strict routine—follow a 1,200-calorie protein-based diet, do her exercises, and attend psychotherapy for her mental health problems. Marescot worked hard and lost over 150 lbs and weighed a total of 440 lbs, a significant change from the 600 lbs she weighed prior to the weight-loss program.  But that was not enough for her to undergo surgery. She was asked to move to Houston so the doctor could better guide her and she could continue with her weight-loss program. But Marescot refused the offer of relocating. She told the doctor she was meeting her goals and did not see the point of moving out.

@MelissaMarescot I wish absolutely the best for you and I'm hopeful that we can become friends because we share a lot of the same characteristics and personality traits which makes me think we may be good for each other.

@MelissaMarescot I don’t know if you’ll see this, but I loved your episode. You seem super cool and a great friend. Hope you’re happy and well. ❤️

Marescot had been struggling with her weight since her childhood. Her mother, who would always feed her hefty portions, would nag and verbally abuse her, making things worse. She would often fall into a spiral of depression and worthlessness. Marescot's best friend as a child was her father. So when he abandoned the family, 8-year-old Marescot was absolutely devastated. Things became more difficult when she became pregnant at 15 and had an abortion. It went from bad to worse when she dropped out of school because of her depression. Through all her turmoil, food offered the only respite and she tried to eat away her troubles. At 18, Marescot weighed 400 lbs. But a determined person that she was, she enrolled back into school and graduated. She then landed a job. Things seemed okay for a while and at 22, she even tried to go to college, but had money problems and decided against it.

Marescot received another blow at 27 when she lost her dad, with whom she remained in touch following his departure from the family. Her mother followed her dad to the grave when Marescot was 35. Her own love life gave her problems and all of this led to her using food as a coping mechanism. Upon nearing 600 lbs, she got her wake up call when she could not attend her mother’s funeral because of her weight and joined the show. After her refusal to go to Houston, the last we heard of Marescot was that she was traveling and meeting friends. She even started dating and met her boyfriend Elijah (whom she met through her best friend Shay), who also provided her with a solid support system in her journey to shed more pounds.

There is nothing concrete as to where she is and how she is doing, given that her social media profiles are private. On her Twitter handle, Marescot has a display picture that shows her looking happy while flashing a smile in the picture. Even on her Instagram profile picture, she looks well. We hope Marescot is thriving and living her best life.