He said he would do so if that's what people wanted, and he wasn't being flippant with his answer 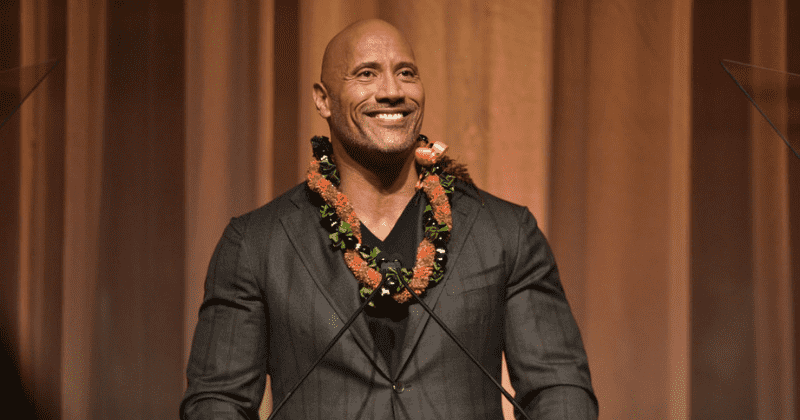 Dwayne "The Rock" Johnson is considering running for president one day in the future. The pro-wrestler turned Hollywood superstar refused to rule out the possibility in a recent interview and said he's up for the job, possibly in 2032, if people want him.  "I would consider a presidential run in the future if that's what the people wanted," he told USA Today. "Truly I mean that, and I'm not flippant in any way with my answer. That would be up to the people...So I would wait, and I would listen. I would have my finger on the pulse, my ear to the ground." The No Pain, No Gain actor first spoke up about a run for the Oval Office back in 2017 and got millions of his fans very excited.

THE WAIT IS OVER💯👊🏽
Grab your fanny packs and your whole family and join us NOW for the SEASON PREMIERE of #YoungRock on @NBC!🥃🍿 pic.twitter.com/lWFGPHqKsZ

Johnson, 48, dropped the sweet news during an interview while promoting his autobiographical sitcom Young Rock set to premiere on NBC from Tuesday. The series will see three actors essay the role of the superstar across three separate stages of his life: Adrian Groulx as a kid in Hawaii, Bradley Constant as a teen in Pennsylvania shoplifting designer goods, and Uli Latukefu, as a University of Miami football player.

The actor is also set to appear in the series at the end of each episode in mock interviews with Randall Park, who plays a journalist, where he reflects on his life and campaigns for himself as a candidate for the 2032 election. The new series will document various storylines including the time he spent with his dad Rocky Johnson and his pals Andre the Giant and delve into his family's financial hardships.

Speaking about the show creator Nahnatchka Khan, he said he is grateful for the taking on the portrayal of a "wildly Forrest Gump-ian life that I have been lucky enough to have, (which)was complex and awesome and crazy and unbelievable." Johnson is thrilled with the opportunity to  "look back on that stuff and laugh and deliver it to the audiences in a way that will make them smile and make them laugh." Per the report, the premiere episode will feature all three versions of Johnson as we see scenes between different stages of his life. He claims that most of the stories are true or true-ish adding that future episodes will take precedence over specific parts of his life.

When asked what he feels seeing his life played out so vividly on screen, he said: "The fun thing about 'Young Rock' is everything that people see in this first episode and throughout the season, everything happened. Now, what we do is, maybe it happened in a different year, maybe it happened in a different city." In the premiere, a young 10-year-old Johnson calls the sport "fake" and he even used the word in front of wrestlers. That's when he is admonished by a wrestler who lifts him up so they are at eye level and tells him never to use the word again, and they hug it out. Johnson calls this incident, as portrayed on TV, as "the family version."

\He explained, "Honestly, what would happen is when I stepped out of line like that, I would be brought into the ring. Their way of discipline was to take me in the ring. And beat my a-- in a way that I learned actually how not fake wrestling is."

Similarly, a teenage Johnson buys a car for a bargain at $103 for some independence. However, it comes with surprise occupants — two crackheads — since he bought it from an addict. In the real-life story, he was actually driving down a highway and had "to swerve off into the shoulder" because a crackhead popped up in the back. "And then I pulled over, and I had to kick him out, and I said, "This is my car now.’ So that actually happened."